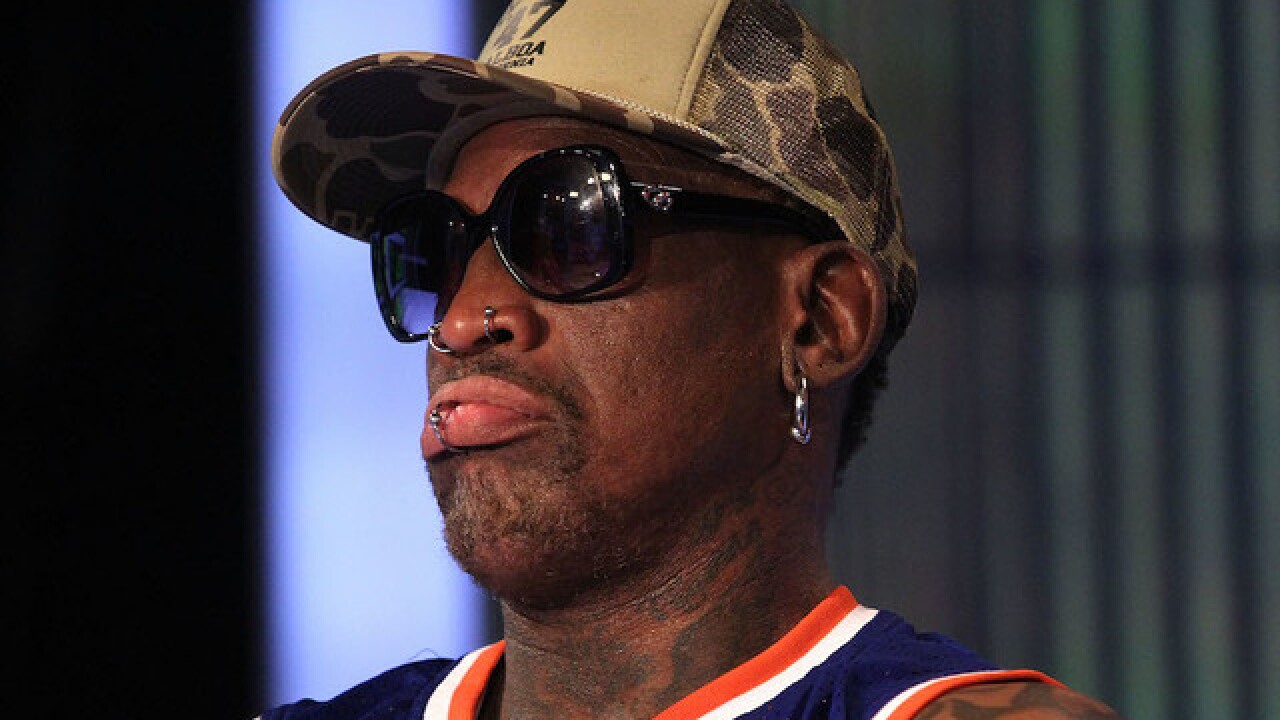 Dennis Rodman is accused of slapping a man at his own birthday party in Delray Beach on May 17, according to a police report.

According to a police report obtained by WPTV, the incident happened at Buddah Sky Bar where Rodman was celebrating his 58th birthday.

The alleged victim is Jeff Soulouque, 30, who told police he was at the party when Rodman "unprovokedly turned around and smacked him" in the face.

Soulouque said that Rodman "immediately began apologizing for the incident and was very sentimental about it."

Soulouque said he went home and then woke up the next day with swelling on the left side of his face and decided to press charges. The officer who wrote the report noted, "I did not observe any swelling on his face at the time of the police report."

Delray Beach Police spoke to a witness named David Lee Roth (not the former Van Halen singer) who corroborated Soulouque's story, according to the report.

"Roth stated he was about twenty feet away and he saw Rodman turn around and open hand smack Soulouque two times," the report states.

Soulouque told TMZ that he went to the hospital and was diagnosed with a left corneal abrasion. He went to police the following day and filed a report.