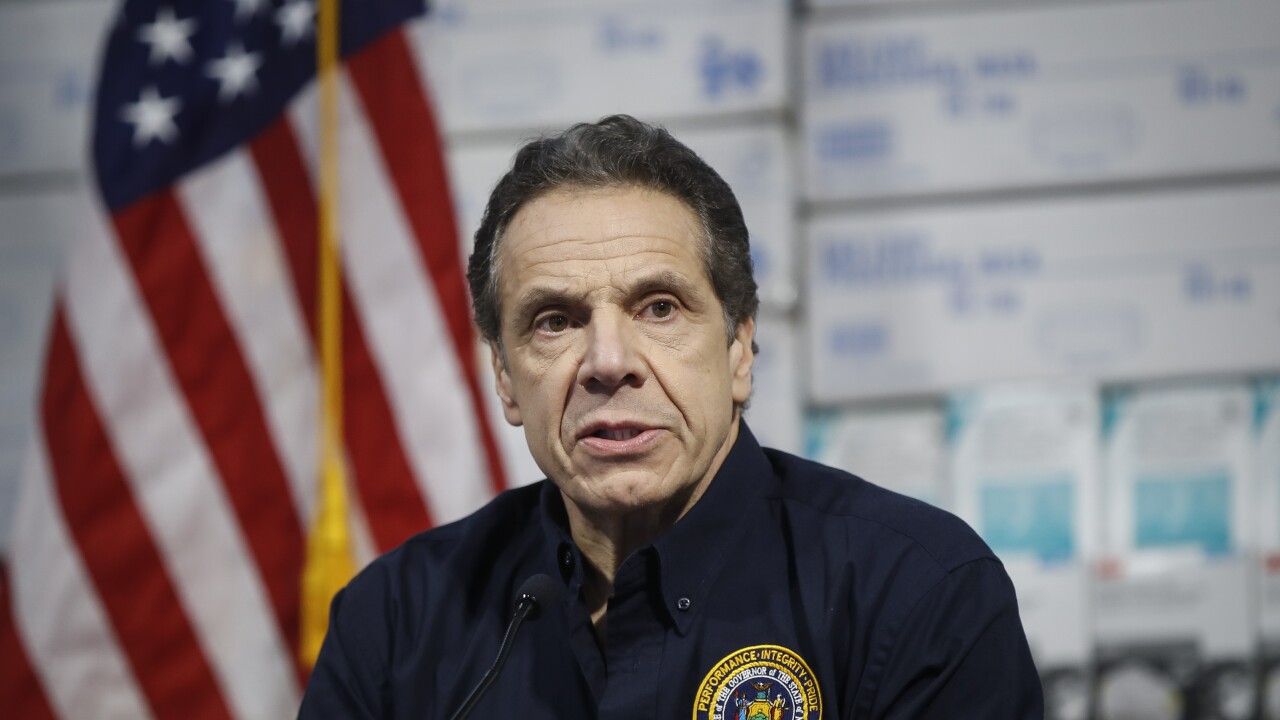 Copyright 2020 The Associated Press. All rights reserved.
John Minchillo/AP
New York Gov. Andrew Cuomo speaks during a news conference against a backdrop of medical supplies at the Jacob Javits Center that will house a temporary hospital in response to the COVID-19 outbreak, Tuesday, March 24, 2020, in New York. Cuomo sounded his most dire warning yet about the coronavirus pandemic, saying the infection rate in New York is accelerating and the state could be as close as two weeks away from a crisis. (AP Photo/John Minchillo)

NEW YORK, N.Y. — On Tuesday, Gov. Andrew Cuomo sounded his most dire warning yet about the coronavirus pandemic, saying the infection rate in New York is accelerating and the state could be as close as two weeks away from a crisis that projects 40,000 people in intensive care.

Such a surge would overwhelm hospitals, which now have just 3,000 intensive care unit beds statewide.

New York has become one of America’s epicenters for COVID-19. As of Tuesday morning, there were more than 25,600 cases confirmed in the state with at least 157 deaths, WPIX reports. In New York City alone, officials say there have been around 15,000 cases.

Cuomo says the rate of new infections is doubling about every three days. While officials once thought the peak in New York would come in early May, they now say it could come in two to three weeks.

“We are not slowing it. And it is accelerating on its own,” he said during a briefing in New York City. “One of the forecasters said we were looking at a freight train coming across the country. We’re now looking at a bullet train.”

Cuomo says New York’s high amount of cases has be attributed to the state’s aggressive approach to testing. The state can now conduct more than 16,000 tests a day, according to the governor.

The governor said the new data means the number of hospital beds needed to meet the peak of the outbreak's so-called curve has increased from 110,000 to 140,000. There are currently about 53,000 hospital beds available in New York.

The governor called on the federal government to provide them as well as personal protective equipment such as N95 masks and gowns. Cuomo called on President Donald Trump to use the federal Defense Production Act to manufacture ventilators. When New York passes the peak of its curve and the demand for ventilators decreases, Cuomo said he would deliver them to the state with the next largest outbreak.

Click here to learn more about COVID-19 and how you can help slow the spread of the virus.