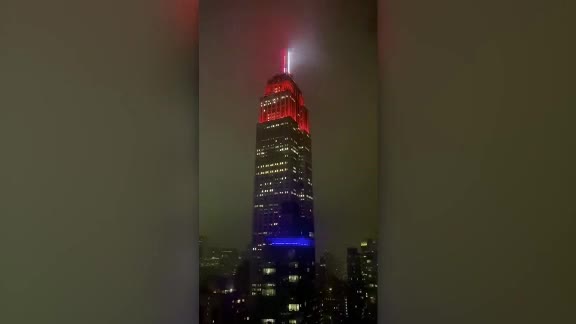 The Empire State Building was lit up Monday night to honor for emergency workers. 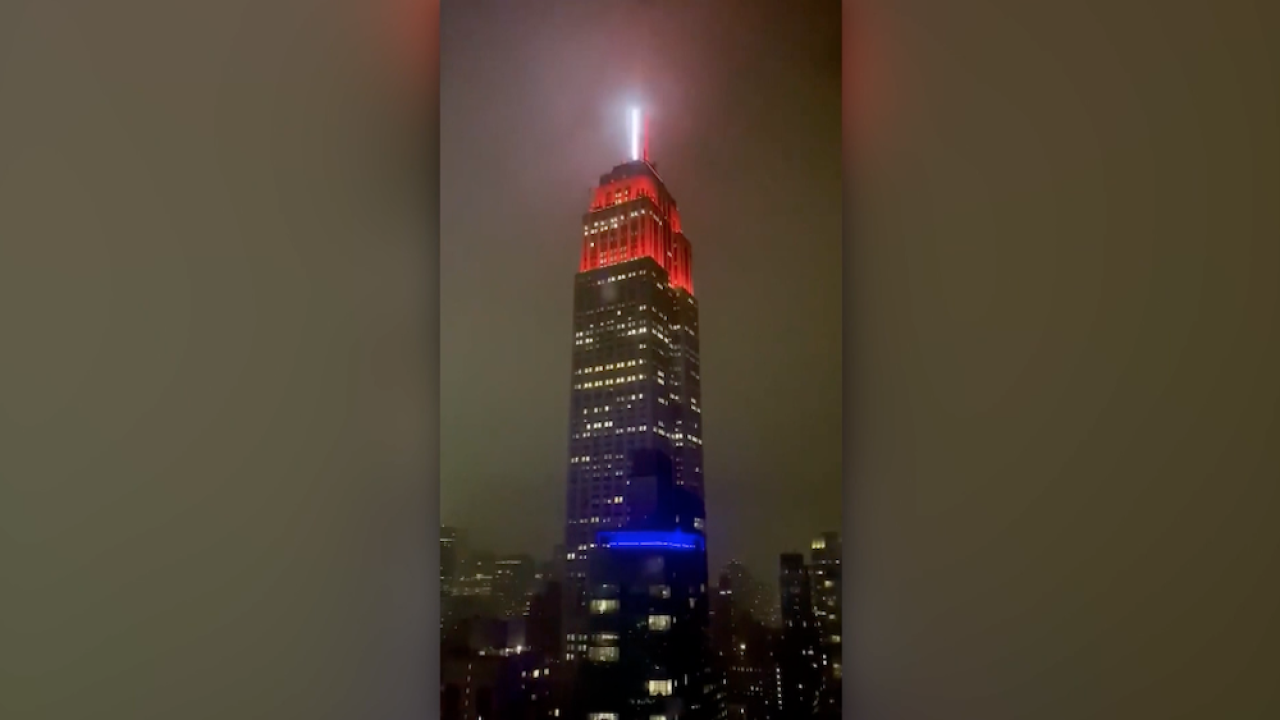 NEW YORK — The Empire State Building was lit up Monday night to honor for emergency workers.

The building's signature white lights were replaced with red lights and a white and red siren light to honor all the people on the front lines in the fight against coronavirus.

At 9 p.m., there was also a music-to-light show synced to New York's iconic theme song, "Empire State of Mind" by Alicia Keys.

New York isn't the only city to offer a tribute in lights to healthcare workers. In Chicago, a local hotel lit rooms in the shape of a heart. In Las Vegas, rooms at The Venetian was lit up to spell out "LOVE." And in Milwaukee, officials lit buildings in red, white and blue lights to signify the unity throughout the country.

Starting tonight through the COVID-19 battle, our signature white lights will be replaced by the heartbeat of America with a white and red siren in the mast for heroic emergency workers on the front line of the fight. pic.twitter.com/OYkblLTRHN