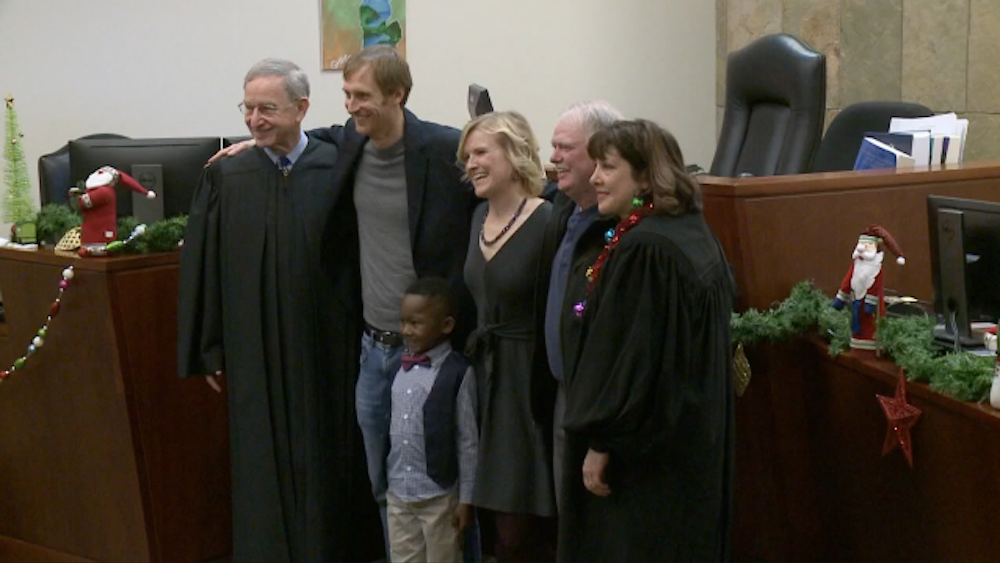 A Michigan boy was recently adopted by his foster parents, and his whole Kindergarten class showed up to celebrate with him. 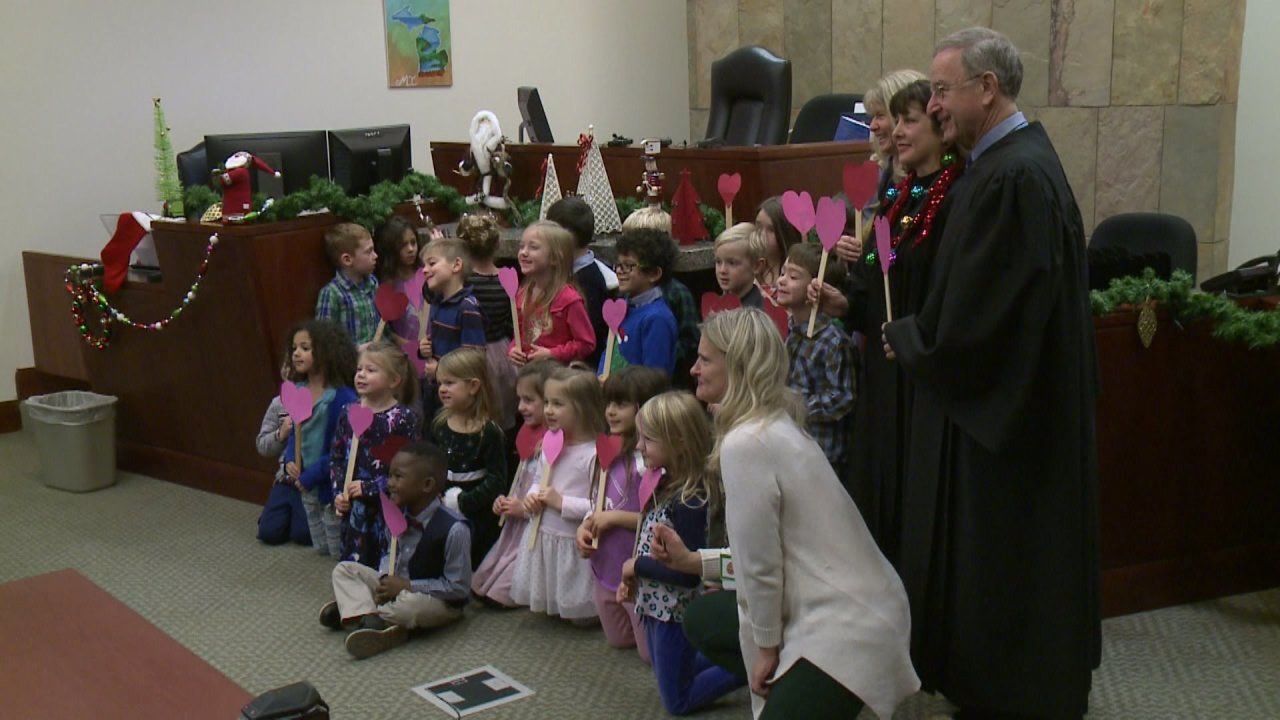 GRAND RAPIDS, Mich. — A boy in Kent County, Michigan, brought his entire class with him Thursday morning as he received a gift just in time for the holidays: a forever home.

Five-year-old Michael Orlando Clark Jr. wanted all his friends to see the moment he was officially adopted, so he brought them to 17th Circuit Court to cheer him on.

His parents, Andrea Melvin and David Eaton, knew Michael was the right fit for their family after fostering.

"He brings us a lot of joy,” Melvin said. “He's just so full of energy and so full of love, it's just been great for everybody.”

There was no shortage of love around them in the courtroom.

"It is a great tribute to Michael that he had so many of his classmates here and so many said he was their best friend too,” Michigan Supreme Court Justice Stephen Markman said.

Judge Patricia Gardner said she had never experience something like that before.

“Never have I experienced that before, and it was loads of fun, the kids were into it and supporting their best friend, and the family of Michael,” she said.

After Thursday’s ceremony, Eaton said he hopes other families get to share the inspiring experience his has gone through.

Thirty-six other kids were also adopted Thursday as part of the 23rd annual adoption day in Kent County.