70 years after leaving school for the military, this Ohio veteran finally has his high school diploma 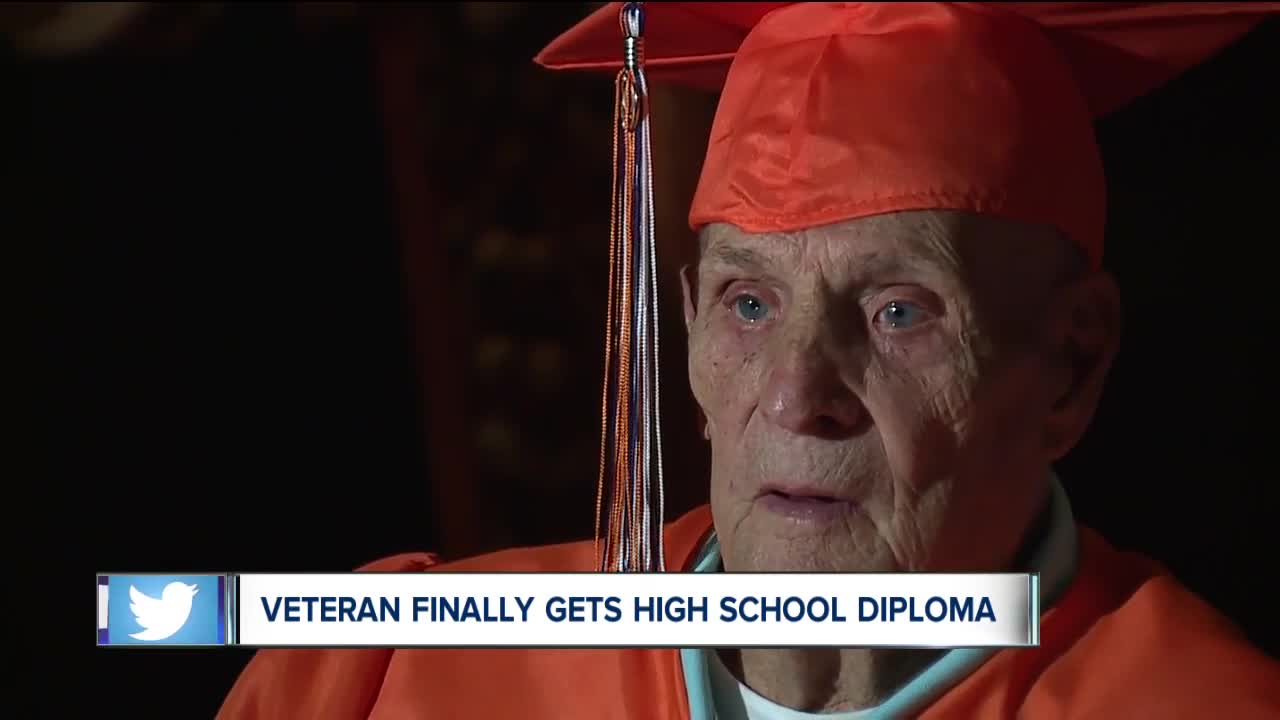 More than 200 Ellet High School students received their diplomas Friday night at Akron Civic Theatre. Among them was an 87-year-old man getting an honorary diploma, 60 years after he left school for the military. 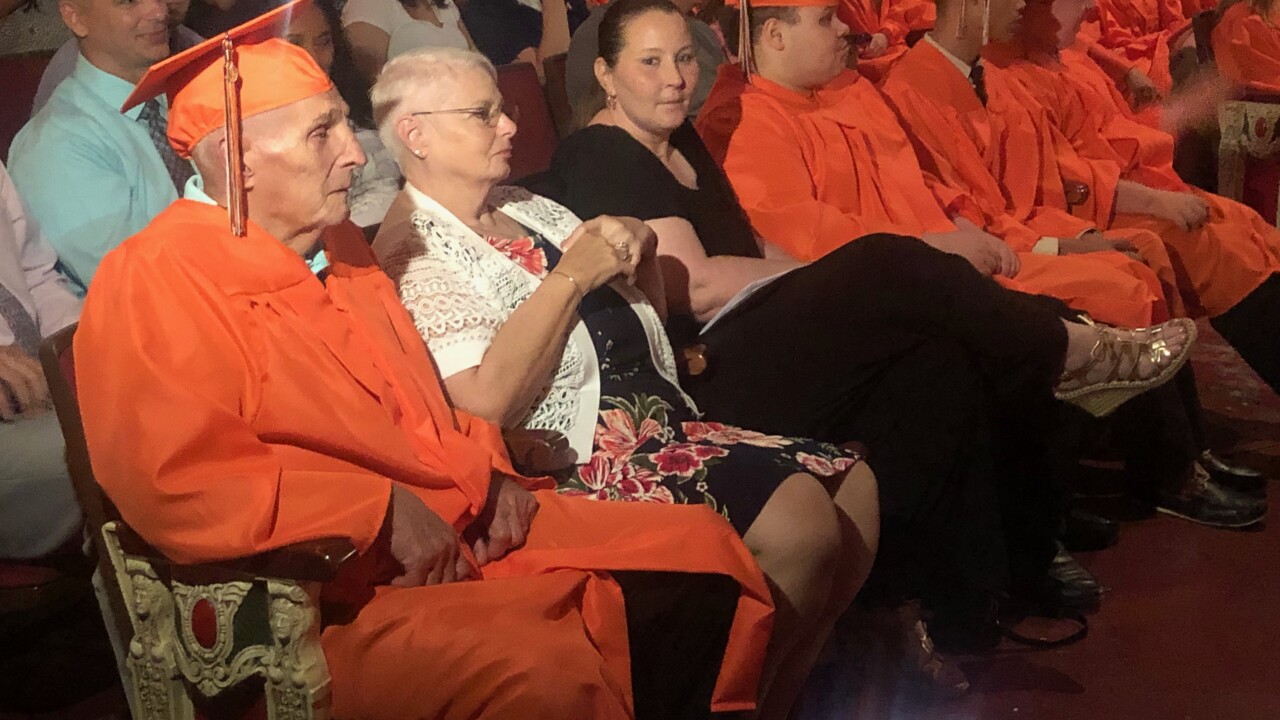 AKRON, Ohio — More than 200 Ellet High School students received their diplomas Friday night at Akron Civic Theatre in Ohio. Among them was an 87-year-old man getting an honorary diploma, 70 years after he left school for the military.

Floyd Edward Hoskins, known to friends and family members as Ed, left Ellet High School in 1949 at age 17 to join the military.

“Three years, three months, 19 days,” Hoskins said of his total time in the Army. During that time, he said, he was supposed to serve in Korea but was sent to Alaska for two years instead.

When he came home, Hoskins said he initially had trouble finding a job but eventually landed one at Goodyear Tire and Rubber, where he worked for “44 years, four months, three weeks and one day.”

“We are retired military, my husband and I,” Cynthia Allen Hoskins said. “And we were doing some research as far as our kids and their benefits in order to continue their college education.”

She ran across information about the benefits the State of Ohio provides to veterans, where she learned her father-in-law might be eligible to receive his high school diploma. She inquired with his former school and found out he was eligible.

“His reaction was kind of, ‘Ah, I don’t know if I really want to do this. It’s just a piece of paper,’ ” Cynthia Allen Hoskins said. “But after we explained to him, ‘Dad, you know, you really pushed education on us, we push it onto the grandkids. So why not?’ You know, if this is something that you deserve, go for it.”

She said her father-in-law eventually came around to the idea.

On Friday, when asked if he ever thought this day would come, Ed Hoskins said, “No, never.”

Ed Hoskins walks across the stage to receive his diploma at age 87.

“It feels exciting. I’m happy for him,” Cynthia Allen Hoskins said. “He’s very humble, doesn’t want to take credit for anything, but it’s nice to see him get recognized in this way.”

More than 20 friends and family members attended, some traveling to Akron from other places to see Ed Hoskins walk across the stage. He said he felt fortunate to have his family with him on such an occasion and to get his diploma finally.

Hoskins received his diploma on May 24, 2019, 60 years after he left high school to join the military.

“It means a lot, really,” he said. “Something I didn’t get to do. I feel fortunate that I’m getting the honor of doing it.”