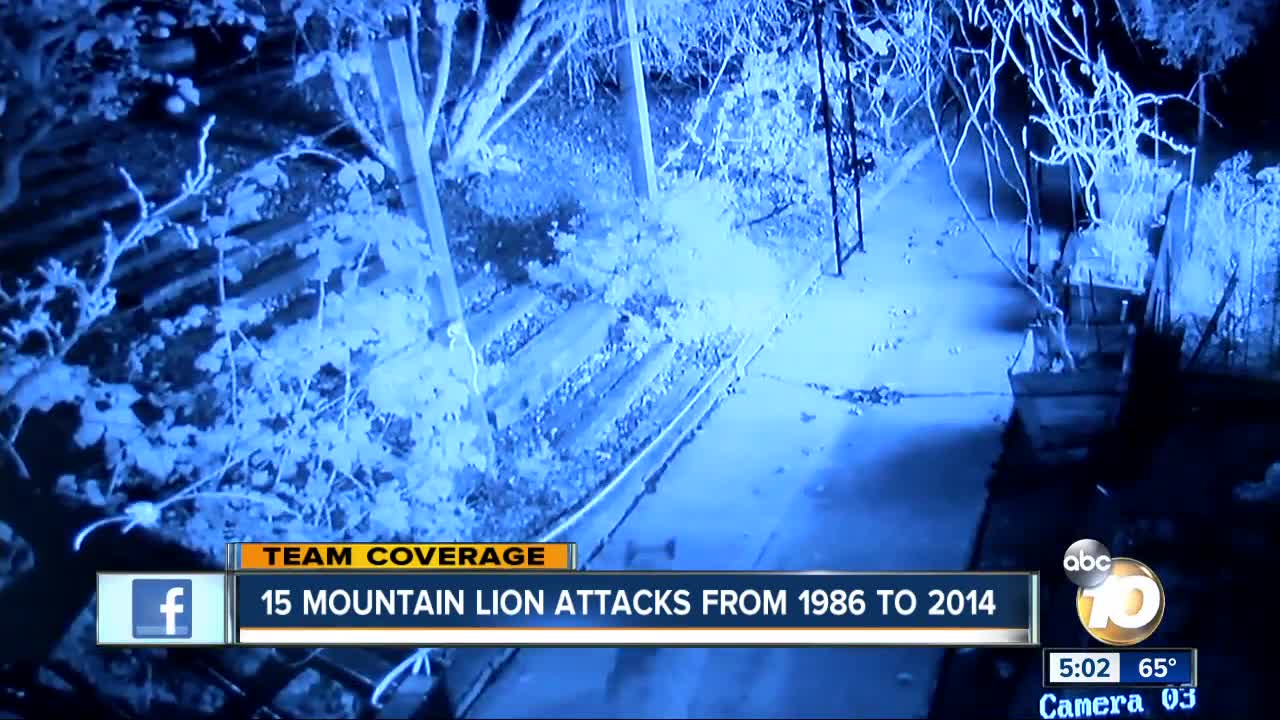 If confirmed, Monday's attack would be the 16th mountain lion attack in CA since the mid-1980s 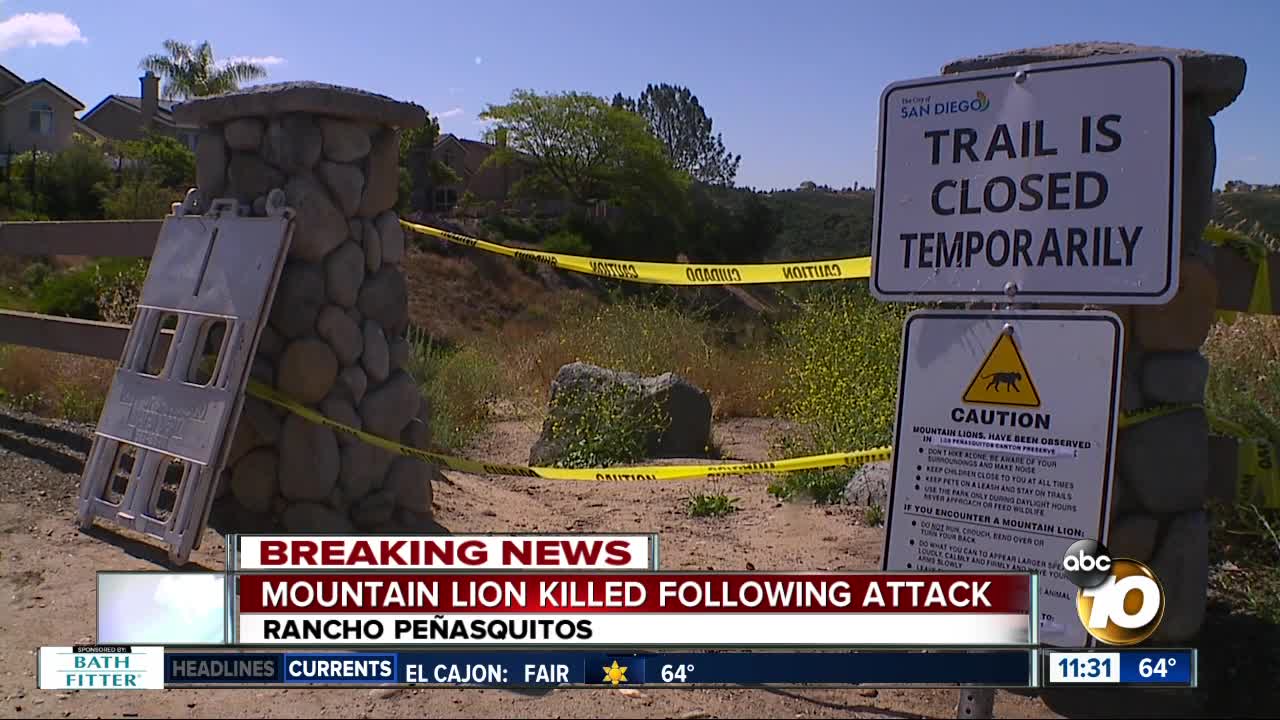 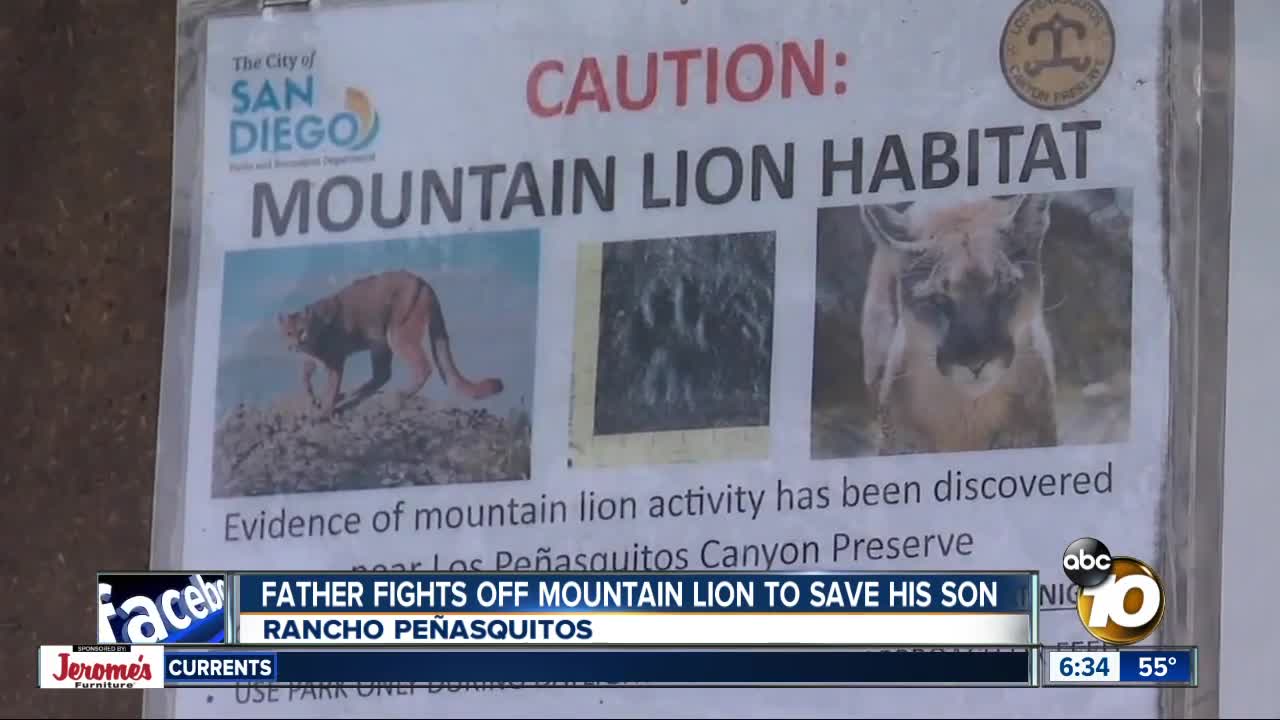 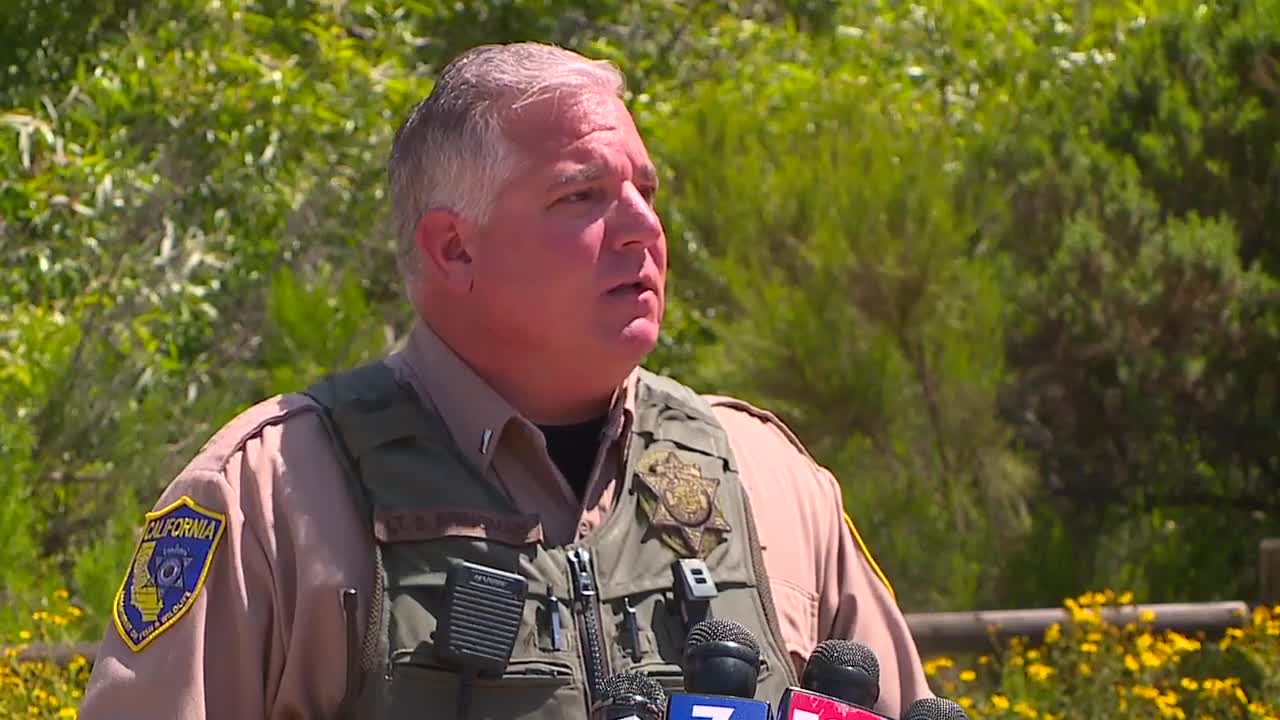 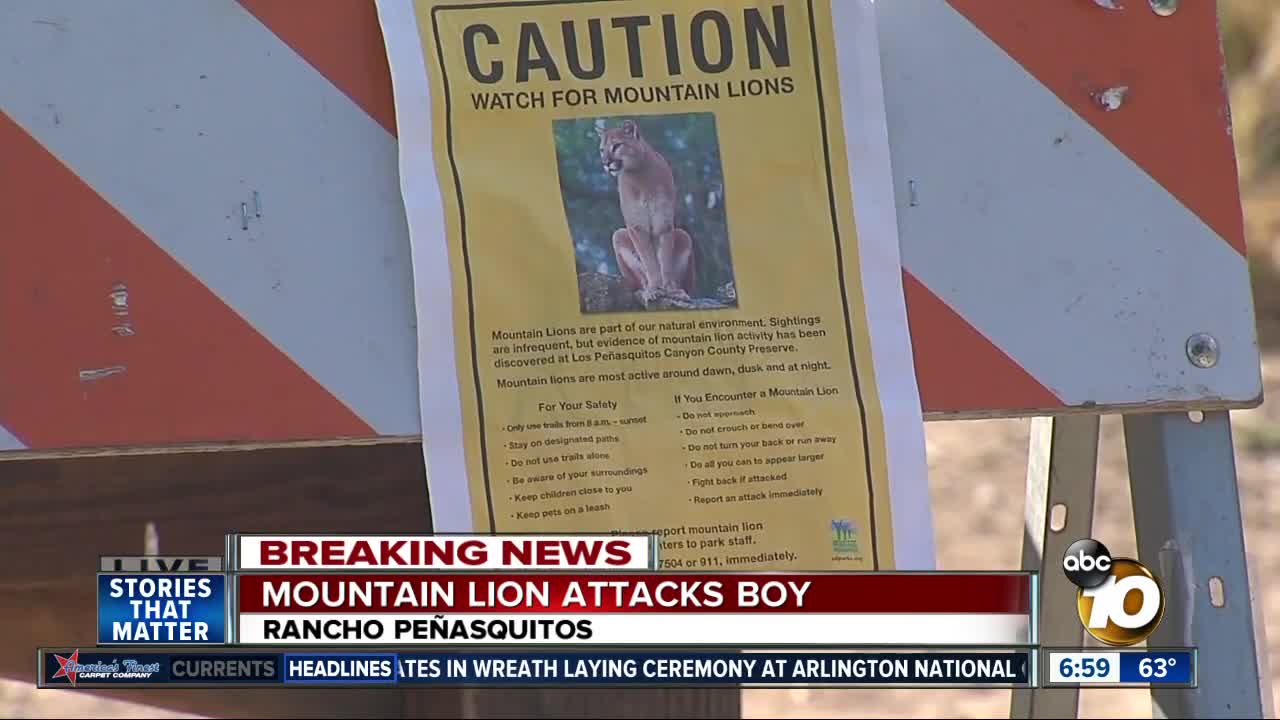 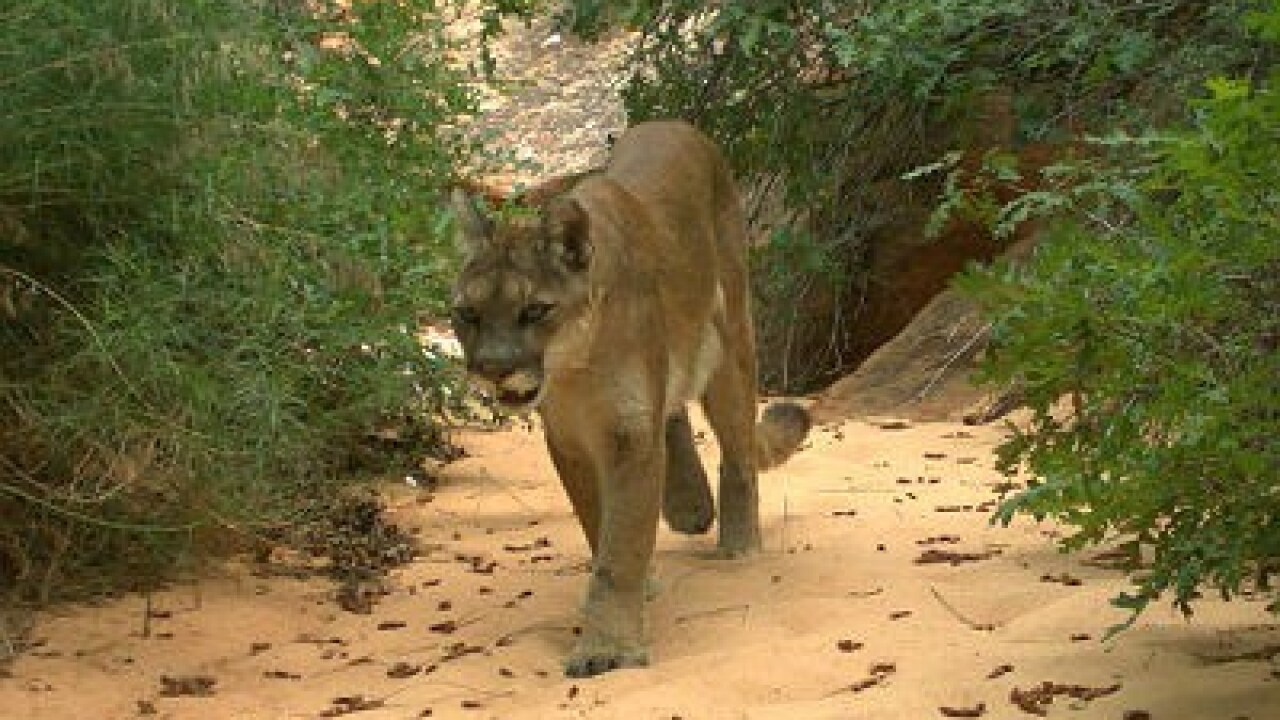 SAN DIEGO — California Department of Fish and Wildlife officials believe they killed the mountain lion that attacked a boy Sunday at the Los Peñasquitos Canyon Preserve.

The incident happened around 2:30 p.m. just east of the waterfall, witnesses said.

CDFW officials said the 4-year-old boy was in the middle of a group of 11 people hiking in the park.

"It's pretty spooky because we've known there's a big cat down here," said Katherine Weadock, who lives in the neighborhood.

Bystanders said the boy's father kicked the 80-pound cat and threw a rock to scare it away.

The boy was picked up by paramedics near the middle of the canyon along Park Village Road and taken to the hospital. He suffered head injuries but was conscious when transported, according to witnesses.

Wildlife officers went to the canyon Monday at 7 p.m. and found mountain lion tracks not long before the animal approached the officers.

Clothing and other samples were collected from the boy. Along with part of the animal's remains, the samples will be analyzed at the CDFW Wildlife Forensics Laboratory in Sacramento to confirm the animal killed was responsible for the attack.

CDFW officials said during a news conference Tuesday the mountain lion was a female, and in her home range.

"It's not uncommon to have mountain lions west of the 15," according to a CDFW expert.

The mountain lion seemed to have little fear of humans — an abnormal behavior, officials said.

The boy's family released a statement Tuesday indicating he was in good condition and would soon be released from Rady Children's Hospital.

Recently, a neighbor's security camera had caught a mountain lion walking through a backyard and posted it to an online neighborhood forum.

"We've seen tons of deer down here so it's not unusual to have a mountain lion where there's deer because that's their favorite food," Weadock said.

From 1986 to 2014, Fish and Wildlife has verified 15 attacks on humans by mountain lions in California. A spokesperson said there have not been any recorded attacks since then. If Monday's attack is confirmed, that would make it the 16th attack since the mid-1980s.

In 1993, an attack in Cuyamaca Rancho State Park injured a 10-year-old. The following year, 56-year-old Iris Kenna died after she was attacked in the same park.

According to the Mountain Lion Foundation, if you encounter one of these animals:

-Make yourself appear as large as possible
-Make loud noise
-Don't run, but slowly back away if you can. Never turn away from the animal.
-If the mountain lion attacks, fight back and protect your neck and throat.