Trump: Immigration system will be strengthened and draw envy from other nations 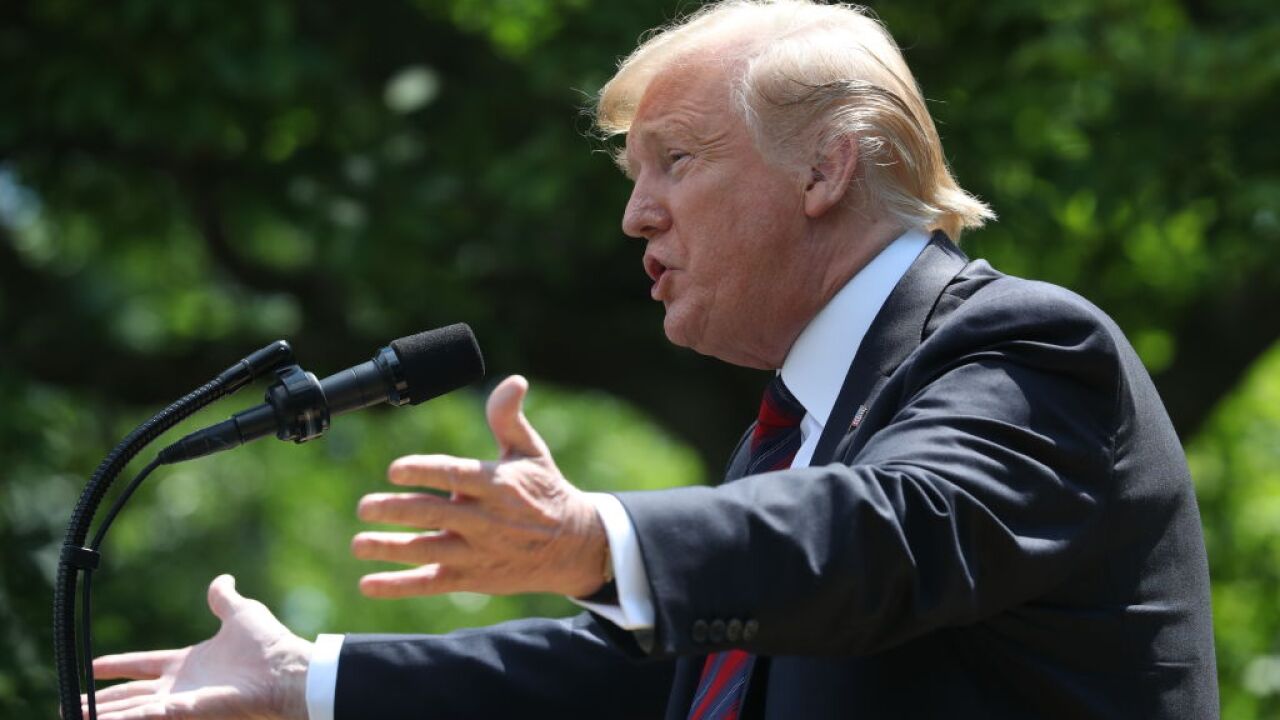 President Donald Trump announced a broad plan to reform border security and legal immigration during a speech on Thursday afternoon, but the proposal faces an uphill battle for consensus even among the Republican Party's own ranks. And Democrats are sure to oppose it as it fails to address key issues.

"Democrats are proposing open borders, lower wages, and frankly, lawless chaos," he said in the Rose Garden. "We are proposing an immigration plan that puts the jobs, wages and safety of American workers first."

"Our proposal is pro-American, pro-immigrant and pro-worker," he said, before laying out some of his proposal.

There hasn't been clear buy-in from Republicans on Capitol Hill on the plan spearheaded by Trump's son-in-law and senior adviser Jared Kushner, and even within the White House, there are divisions over how to approach immigration policy, though one administration official disputes that.

A senior Republican familiar with internal and external White House discussions told CNN that while some at the White House, such as Trump's immigration adviser, Stephen Miller, want to focus the West Wing's efforts mostly on border security issues, others, such as Kushner, say they are willing have a broader approach. This broader approach is likely to eventually include using the Obama-era Deferred Action for Childhood Arrivals program to strike a deal with Democrats, the source said.

Trump's Thursday event also served as another opportunity to press his case for the building of his long-sought US-Mexico border wall and rally his base with the hardline rhetoric against illegal immigration that has marked his campaign trail speeches.

The senior Republican source also questioned how conservatives will convince Democrats, who control of the House of Representatives, to come to the negotiation table. On Capitol Hill, not even all Republican lawmakers have publicly indicated that they're on board, with some fine-tuning their own immigration legislation.

When Kushner briefed Senate Republicans on the plan, participants said they were " underwhelmed ."

On Wednesday, Republican Sen. Lindsey Graham introduced legislation that would, in part, change the asylum process, noting that "the White House's plan is not designed to become law."

But the White House is selling the plan as one that addresses border security and moves toward a merit-based immigration system, which gives preference to highly skilled and educated individuals.

It is short of concrete details and omits discussion of the DACA program, which Democrats have repeatedly said they want resolved. Though Republicans have expressed interest in pursuing a path to citizenship for DACA recipients, a senior administration official said the White House is not addressing the topic because it "is still divisive with Republicans."

Officials said the principles of Kushner's proposal, if implemented, would shift away from a majority of individuals coming into the US based on family ties to having a majority coming in based on skill and employment. The total number of immigrants admitted into the United States, the officials said, would remain the same.

The plan would also implement a point-based system for visas, which would take into account age, English proficiency, offers of employment and educational/vocational certifications. The plan would also create a new visa which would permit some foreign students to obtain a visa which allows them to immediately transition into the American workforce, instead of having them obtain a worker visa following graduation.