ALLENTOWN, PA – Seventy-one dogs were rescued from “deplorable conditions” at a home in Pennsylvania.

Animal welfare workers saved 71 beagles from a home near Allentown.

An officer with the Lehigh County humane society says she had never seen so many dogs in such a small space and will file charges against the owner. 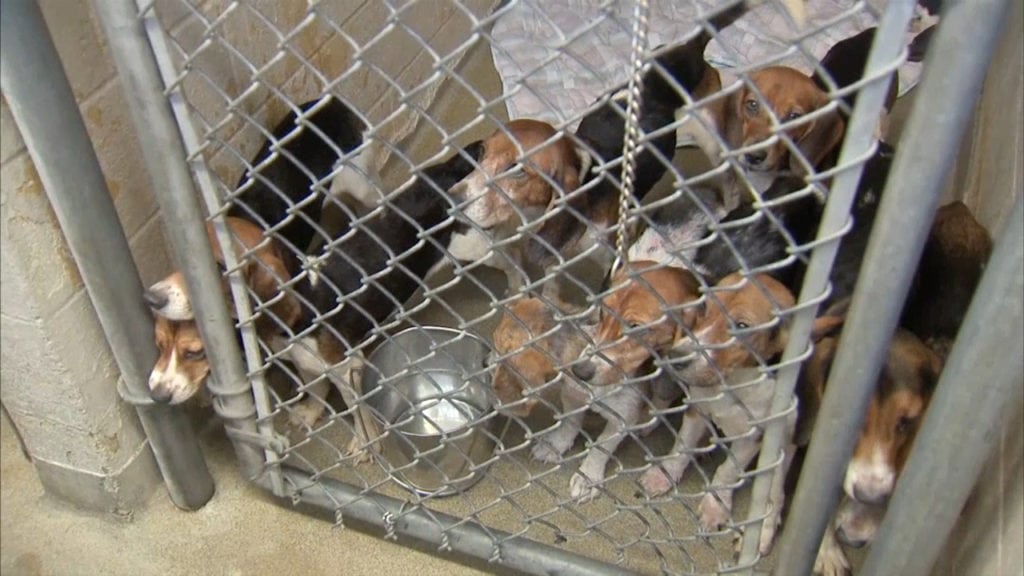 Staffers from the humane society had been called to the home over noise complaints.

A lot of the dogs were underweight and sickly, with two dogs found dead.

A Facebook post from the humane society says the dogs are being evaluated and information on adoption will be up in the coming days.