KENNER, La. (AP) – The mayor of a New Orleans suburb said Wednesday he is rescinding his order banning his city’s recreation department from purchasing Nike products for use at city recreation facilities.

Kenner Mayor Ben Zahn said at a news conference that he did so on the advice of the city attorney.

“That memorandum divided our city and placed Kenner in a false and unflattering light on the national stage,” Zahn added.

Last week’s order in a memo from Zahn came days after the athletic apparel maker began using former San Francisco 49ers quarterback Colin Kaepernick in an ad campaign. Kaepernick ignited a firestorm in 2016 when he began kneeling during the national anthem to protest police brutality and social injustice.

Zahn’s order had drawn strong criticism in and outside the city. Louisiana’s chapter of the American Civil Liberties Union had called for him to rescind it earlier Wednesday.

Issued quietly last week, Zahn’s memorandum last week said Nike products could not be purchased for use at the city’s recreation facilities. It also required the parks and recreation department director to approve all athletic purchases by booster clubs using their facilities.

Kaepernick’s name was never mentioned in the memo, nor did Zahn mention it in a Monday statement clarifying his position. In the statement Monday, Zahn said while he applauded Nike’s message of inclusion, the company was promoting a “political message” to sell shoes.

Protests of the move included a Monday evening rally by hundreds of people, including Cam Jordan, Terron Armstead and Craig Robertson of the New Orleans Saints’ football team. The Urban League of Louisiana questioned the legality of the memo and the ACLU on Wednesday said it violates the First Amendment.

“My patriotism will not waiver,” he said. “But my focus needs to be on the city of Kenner and the many great projects we have in store for our city.”

Kenner is a city of about 67,000 residents in Jefferson Parish and is home to Louis Armstrong New Orleans International Airport.

Nike stocks have fully recovered after the Kaepernick ad backlash. Nike closed just a dime short of its all time high Wednesday. 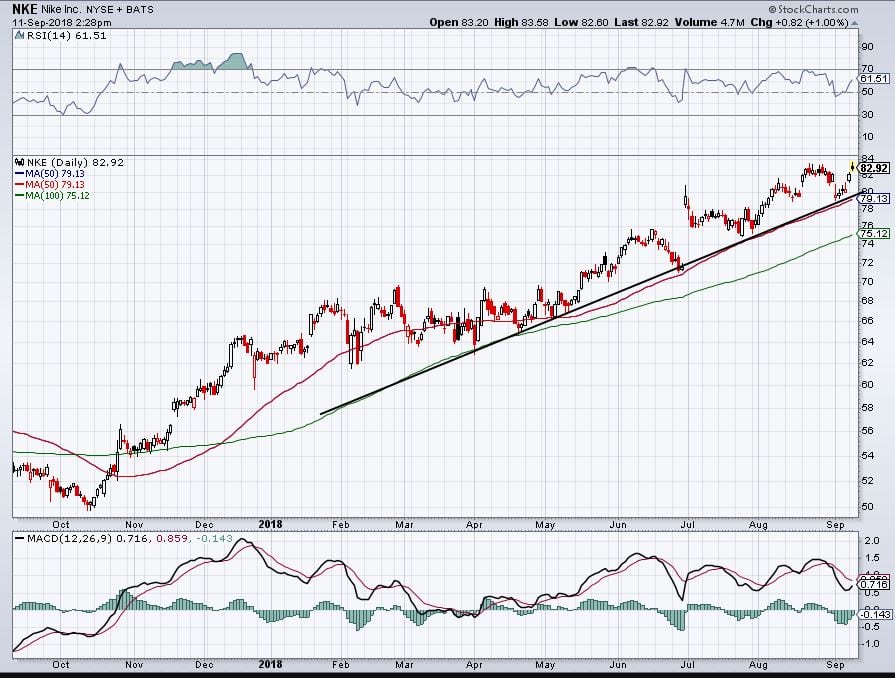