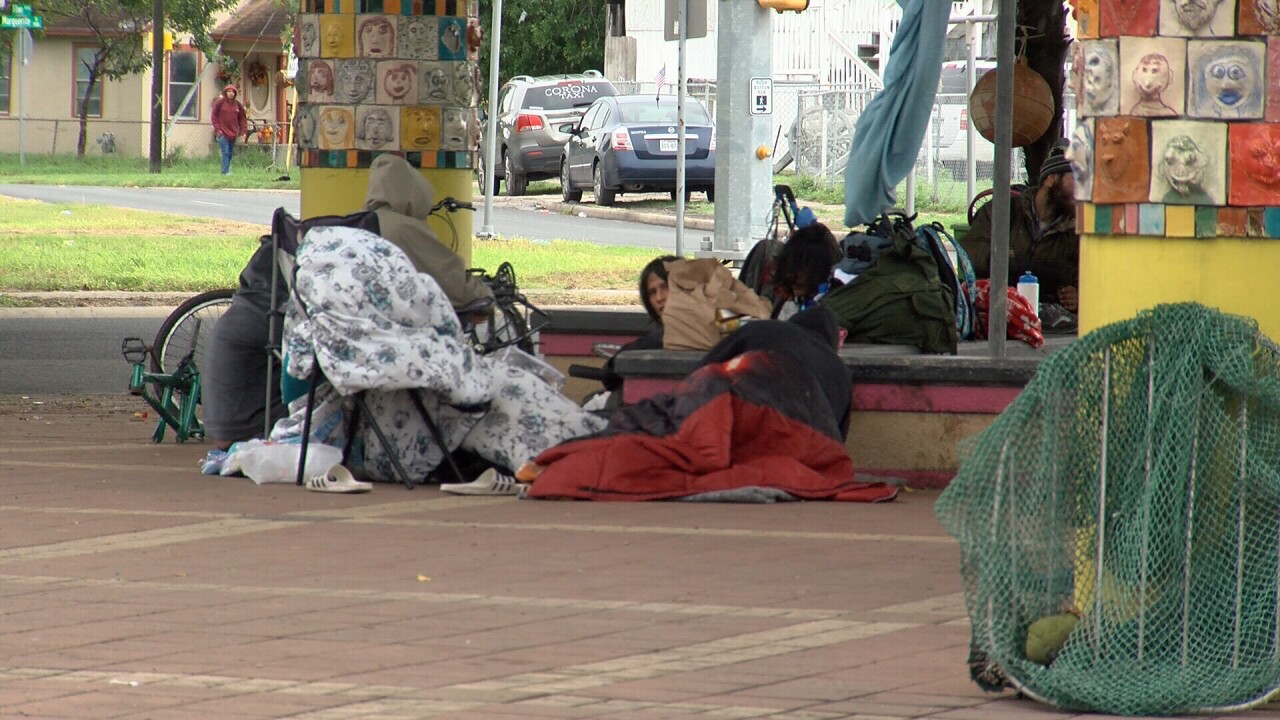 CORPUS CHRISTI — There's been an increase in the homeless population in downtown Corpus Christi, but what is attracting them?

A number of homeless people who moved here from out of town tell KRIS 6, other cities within Texas paid for their bus ticket to get here. They all mention the warm weather, the water, and the opportunities are the main reasons they chose to come.

Noemi Rodriguez, who's originally from here, moved to Austin and lived there for a year-and-a-half before returning.

"All I did was tell them (a ministry in Austin) I wanted to go home, and they said 'where's home?' and I said 'Corpus Christi.'"

Living near the water, the warm weather especially during the winter months, and the job opportunities eventually convinced Rodriguez to move back. So when she got here, she sought out agencies that help the homeless.

Captain Patrick Gesner, who works at The Salvation Army assist those like Rodriguez. He mentions they've seen an increase in the number of people coming from other areas like Austin, Houston, and San Antonio, and they all have a similar story.

"They just said 'we came here looking for employment, looking for a new life,'" said Gesner. "That's usually the story we get here."

Gesner adds, with all the resources for the homeless at places like The Salvation Army, the Good Samaritan, and the Mother Theresa Shelter, Corpus Christi is an ideal location for those who don't have a roof over their head.

For those like Rodriguez, moving back home has even provided her a job and stability.

"I work whenever my boss needs me... And (the shelters) help us with showers, with clothes, with shoes, with bus tickets, whatever we need," said Rodriguez.

Gesner also says about 20% of the homeless they've helped in the last year have moved here from out of town.

The Salvation Army also helps people with moving. It's through a reunification program, and it's helped about a dozen families so far. For more information about the program, call 361-884-9497.