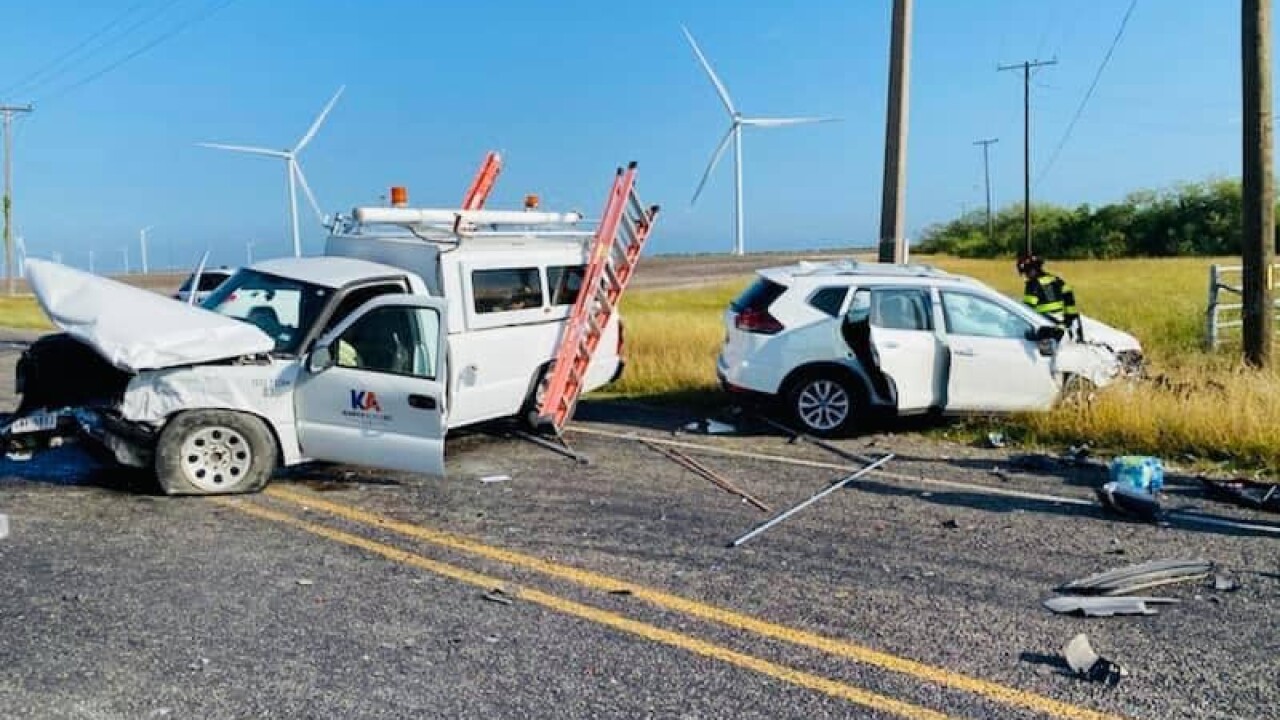 Bishop P.D./Facebook
Photo: Aftermath of a two-vehicle crash that sent two people to the hospital.

CORPUS CHRISTI, TEXAS — Two people were transported to the hospital after work utility truck slammed into an SUV.

The crash happened at the intersection of Farm Market 70 and County Road 63A around 4:30 p.m. Thursday.

According to Bishop police officers, the white utility truck was traveling north on CR63A and disregarded a stop sign. The truck slammed into a SUV that was traveling west on FM70.

Both lanes along FM70 were closed for an our as DPS Troopers conducted their investigation.

Bishop police said a citation was issued to the driver of the utility truck for disregarding a stop sign.

Both drivers were later transported to the hospitals with non-life-threatening injuries.