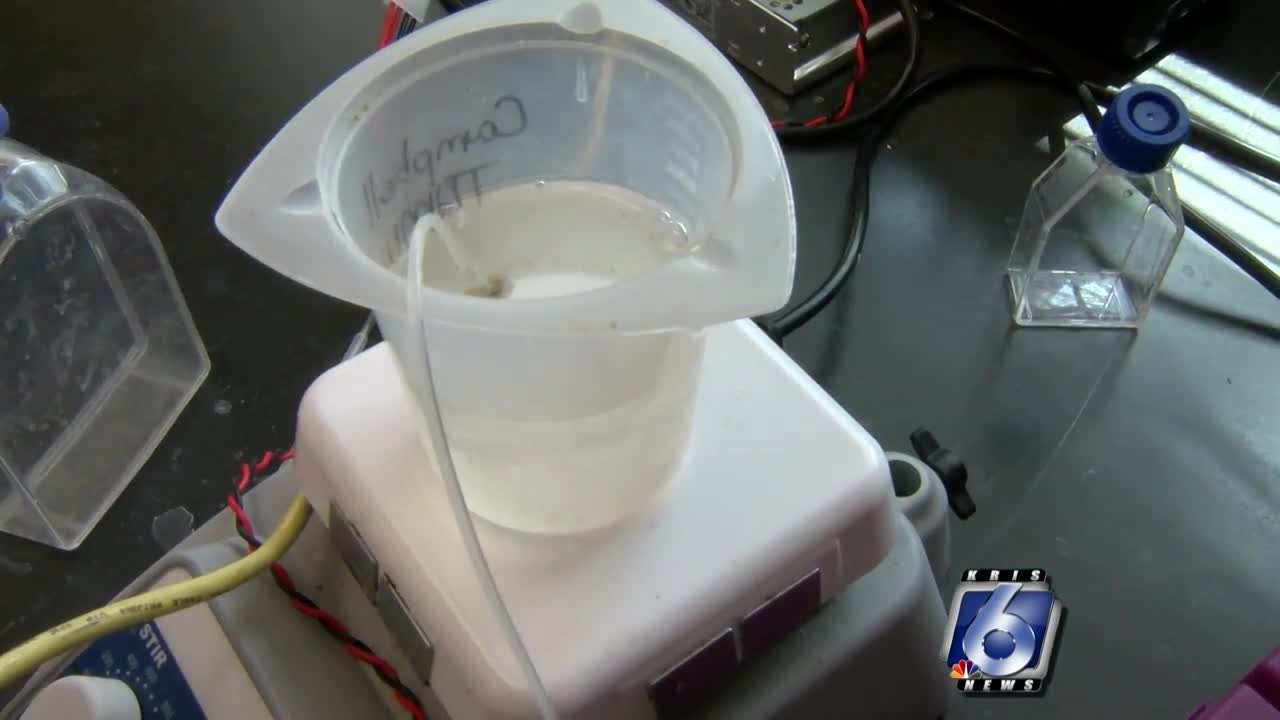 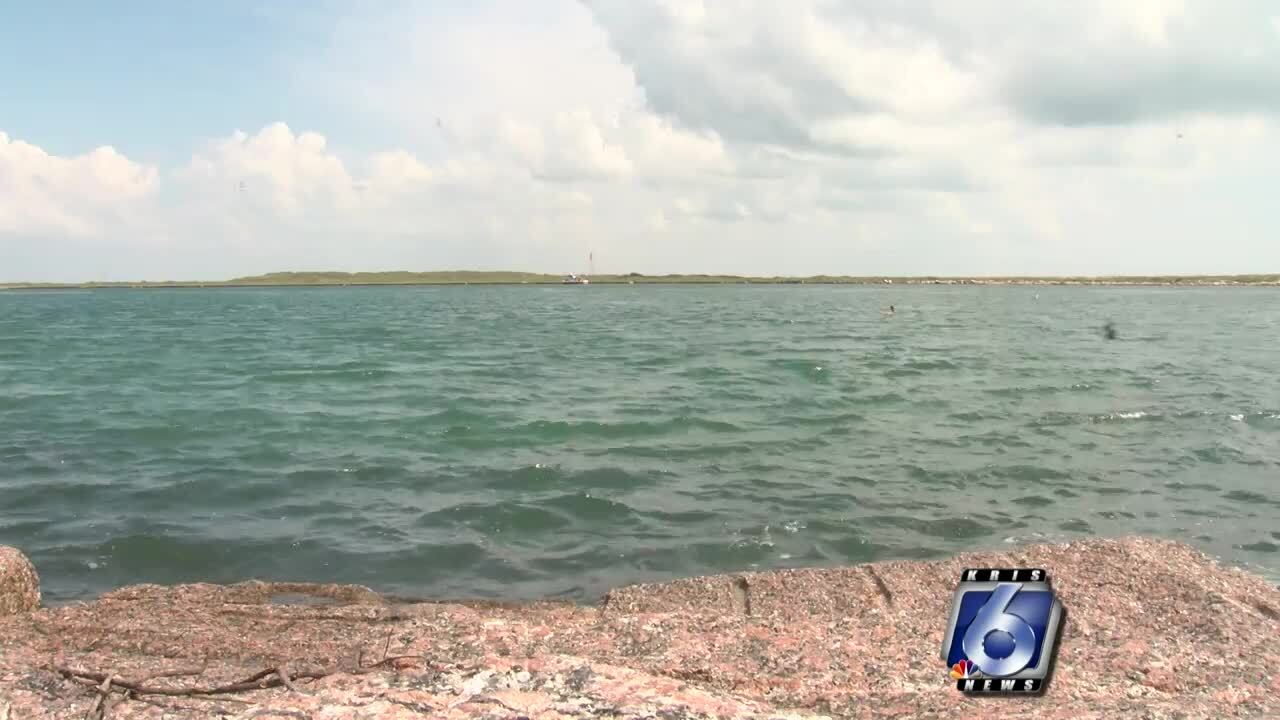 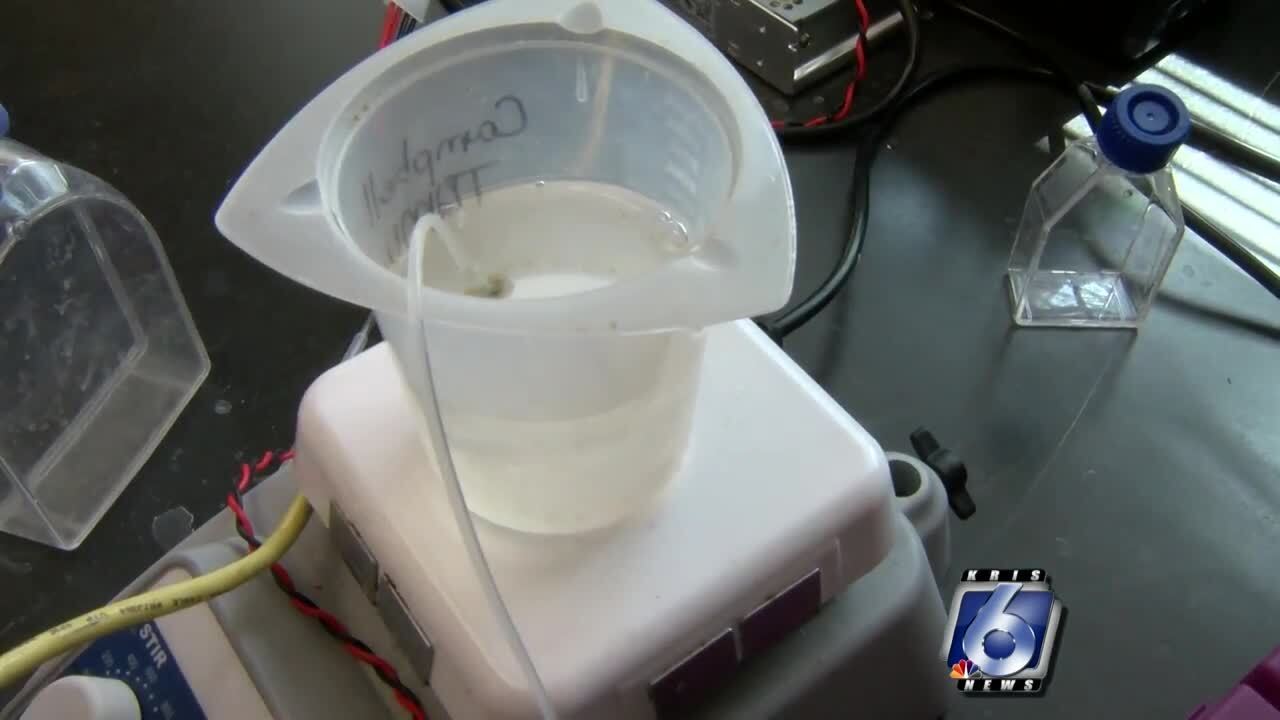 Almost every year, generally from late August through February, red tide invades the Gulf of Mexico. Researchers at the University of Texas Marine Science Institute in Port Aransas know how red tide and other harmful algae start in the Gulf of Mexico. The question is: why?

And with new technology, like the imaging FlowCytobot, researchers are getting close to finding the answers they seek.

“It samples the water, and it actually is a microscope of sorts," Erdner said. "It takes pictures of all the cells that are in the water. In that sample it can tell us when we have toxic cells present, even at really low numbers, so we can catch those blooms before they really get going."

Red tide has killed thousands of fish, among many other animals, such as stingrays, dolphins, and turtles. The harmful Red tide also hurts our economy.

“One thing that I’m sure a lot of people are familiar with is the sight of dead fish washing up on the beach when we have a red tide," Erdner said. "Those are obviously ecological impacts, and they can have huge impacts to tourism. People don’t like to come to the beach and see dead fish."

Then there is the human factor, where area residents have more respiratory issues due to the toxins released by the harmful algae blooms.

“The red tides we get around here are also a little bit unique in that they produce toxins that end up in the air, so anyone from the region who has ever experienced a red tide will know it is really irritating," she said. "It makes you cough, it can be real problematic with conditions like asthma.”

What is Red Tide?

• Red tides are caused by the massive growth of tiny, microscopic algae, which is a type of phytoplankton in the ocean.

• In Texas, microscopic algae named Karenia brevis often cause red tides. Massive growth of these algae gives the water a reddish color, which is why it is called 'red tide.'

• Karenia brevis is always present in our oceans, usually in small numbers, and only forms red tides when environmental conditions are just right for growth.

• Red tides often begin in late summer or early fall, and can last for days to months.

• Karenia brevis is a fragile algae and in rough conditions like surf it will break into small pieces and release noxious particles and chemicals into the air in wind-blown aerosols.

• Brevetoxins can prevent fish from breathing, cause large kills.

• Some kinds of seafood that concentrate brevetoxins can cause severe illness if consumed.

• Irritating particles and brevetoxins in wind-blown aerosols can affect breathing in people and pets. Aerosols also can cause severe irritation of eyes, nose and throat; sneezing; and cough or difficulty breathing. People with asthma are especially sensitive to these aerosols.

• Fish spines and bones on the beach after a red tide can cause puncture wounds and dangerous infections from high levels of bacteria in decomposing fish. People and their pets are advised to avoid beaches during a red tide.

Can I Eat Fish during a Red Tide?

• Commercial seafood in restaurants and grocery stores is safe to eat because it is regulated and harvested from waters free of red tide.

• It is not safe to eat fish killed from a red tide. The cooking process does not deactivate brevetoxins.

• It is not safe to eat oysters and other filter-feeding shellfish from a red tide area. Shellfish concentrate brevetoxins during red tides and cause a serious food poisoning in humans called Neurotoxic Shellfish Poisoning.