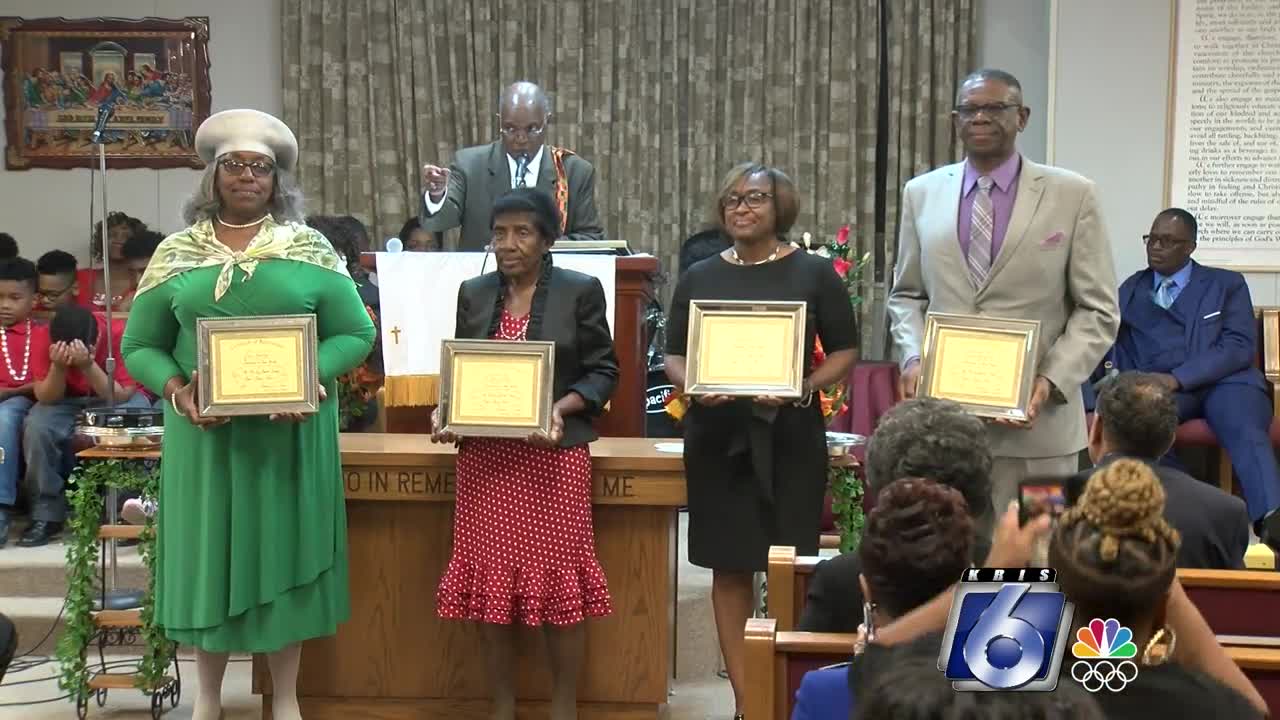 CORPUS CHRISTI, Texas — It was a true celebration at the Mount Pilgrim Baptist Church on this Sunday as the congregation held a special service to honor Black History Month.

Unlike other presentations, which normally highlight national figures, the Mount Pilgrim Baptist Church told the story of five African Americans who have made an impact in our community.

“I just wanted to be sure that people know that we have local persons who have done some extremely outstanding things, and we are eternally grateful for their contributions,” said Mount Pilgrim Baptist Church Claude Axel.

Those who were honored by the church were Dr. Gloria Scott, the vice chair of the Corpus Christi Juneteenth coalition and first African American Girl Scout President.

Alice Upshaw Hawkins, the first African American female on the CCISD Board of Trustees.

“Well it is really a humbling experience. I am just a servant. I was raised to be a servant by my mom so when people recognize me, I am thinking well, I am just doing what I was called to do,” said Alice Upshaw Hawkins.

“I do things because they are what I have been raised to do and have been doing it all my life. And for someone else to think that’s appropriate and valuable and wanting to honor me for it, I certainly appreciate it,” said Dr. Gloria Scott.

“The things I do in the community are not for recognition, it is just the way I was brought up. You know if there was a need, go and help fulfill the need and lend a hand wherever there was a hand needed,” said Anthony Ford.

Those honored said this celebration was also for the younger generation to see that the black community has some great people here in the Coastal Bend that have done and continue to do some amazing things.

“I want them to be proud of who they are, be proud of their heritage. It is not about the color of their skin, but like Dr. King said, it is about the integrity of their hearts, and we are all brothers and sisters,” said Hawkins.

“When you climb the ladder, reach down and bring someone up with you,” said Ford.

The message was clear during the church service...know who you are and know where you are going.