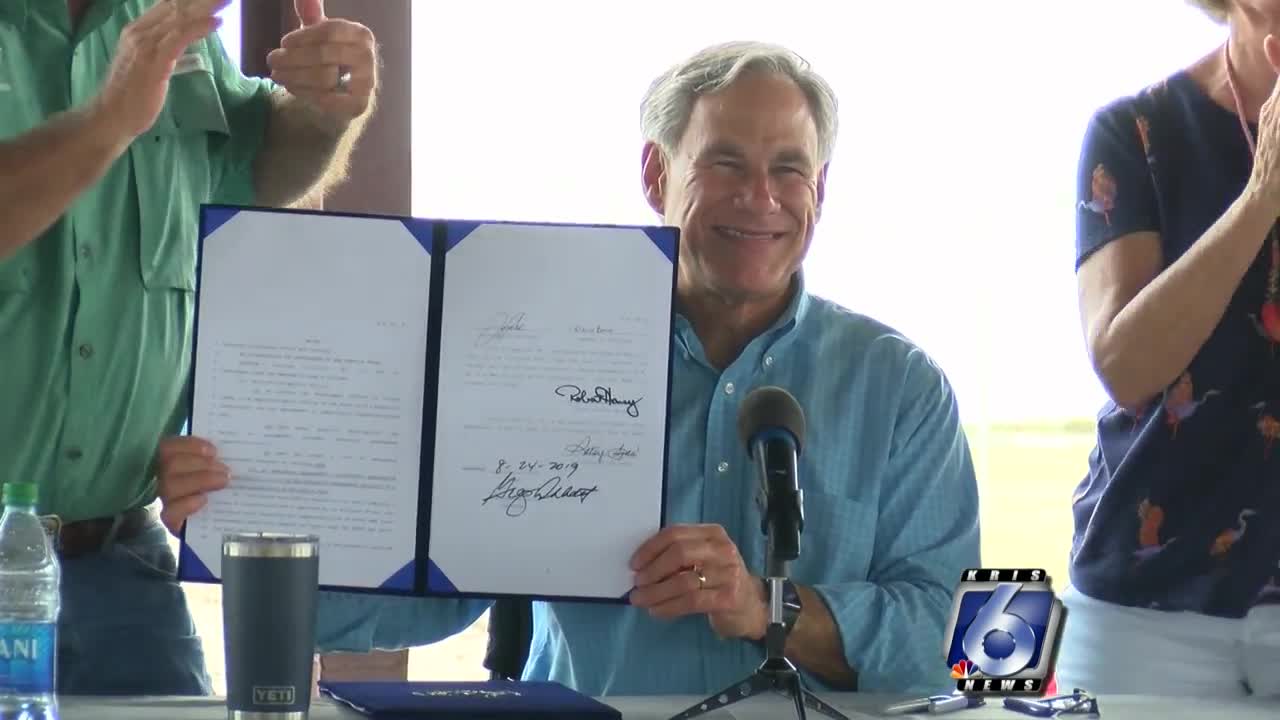 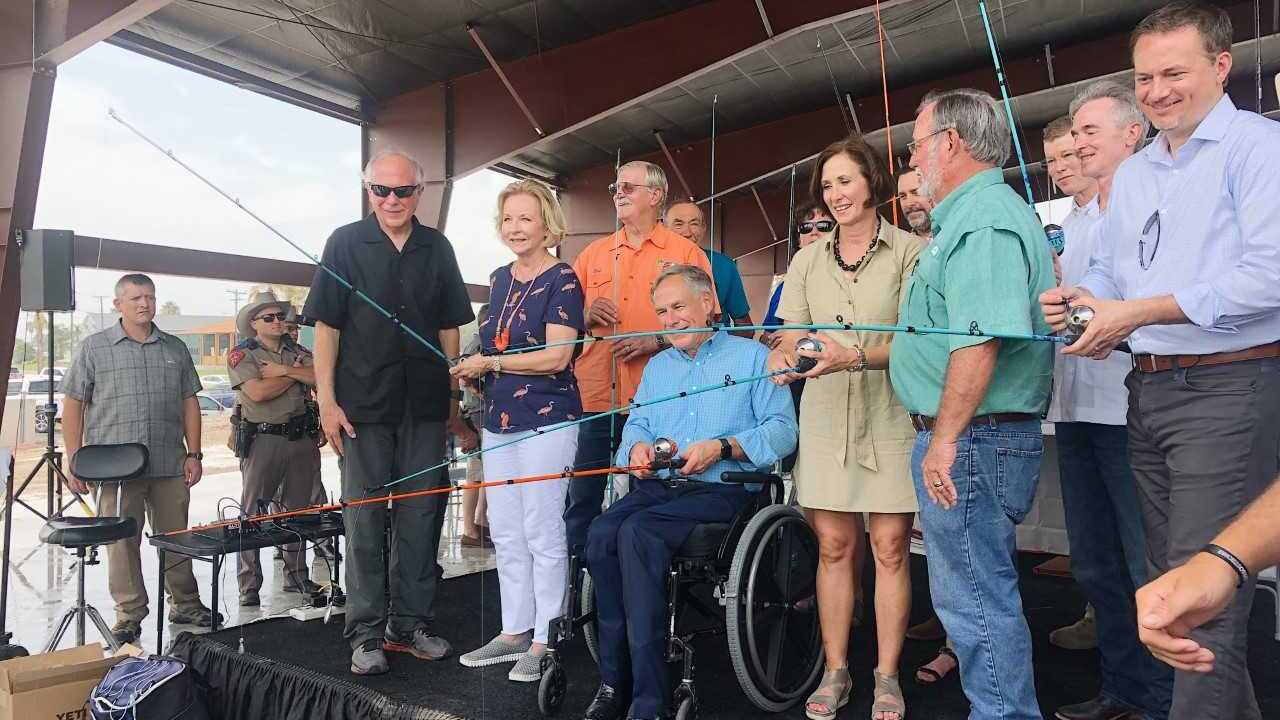 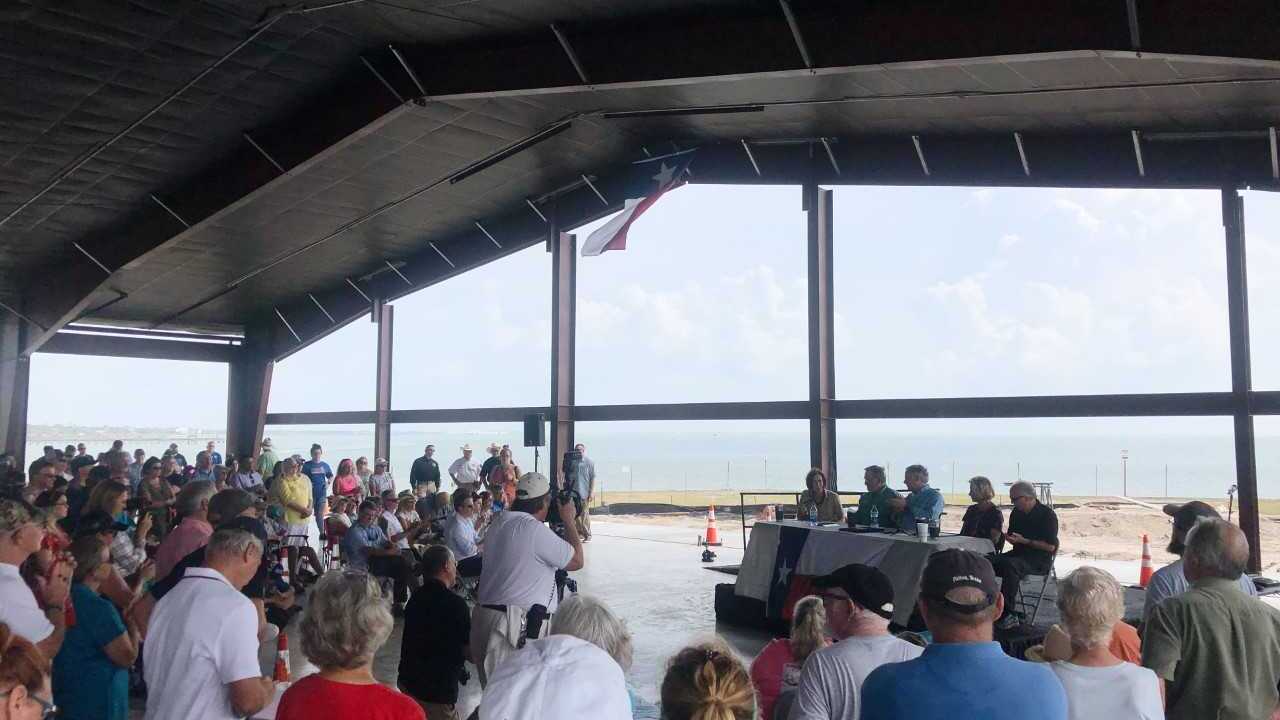 "This is so inspiring to be here where the storm actually hit and to see the way that it's being rebuilt and to see the spirit and strength and resiliency that the people of Fulton and Rockport have," Abbott says. "This is what Texas is all about."

"The two that we did here today talk about catastrophic debris, talked about training for local and appointed officials and talk about funding to be able to help local governments recover faster after a disaster," Nim Kidd says.

The ceremony was held at the construction site of the new Fulton Convention Center Paws and Taws, with the remainder of the old fishing pier in the background.

Fishing rods were used in place of shovels for this groundbreaking ceremony.

The Fulton Fishing Pier was destroyed during Hurricane Harvey almost two years ago. Construction on the new pier will begin Sept. 1 and is expected to be completed early 2020.

Texas Parks and Wildlife Foundation (TPWF) is managing the $1.9 million project. Most of the funding was secured by the town from the Federal Emergency Management Agency (FEMA).

Additionally, TPWF has raised additional dollars from the Sid W. Richardson Foundation for the new pier.

Gov. Greg Abbott says that he cannot wait to come back for the grand opening of the new facility.