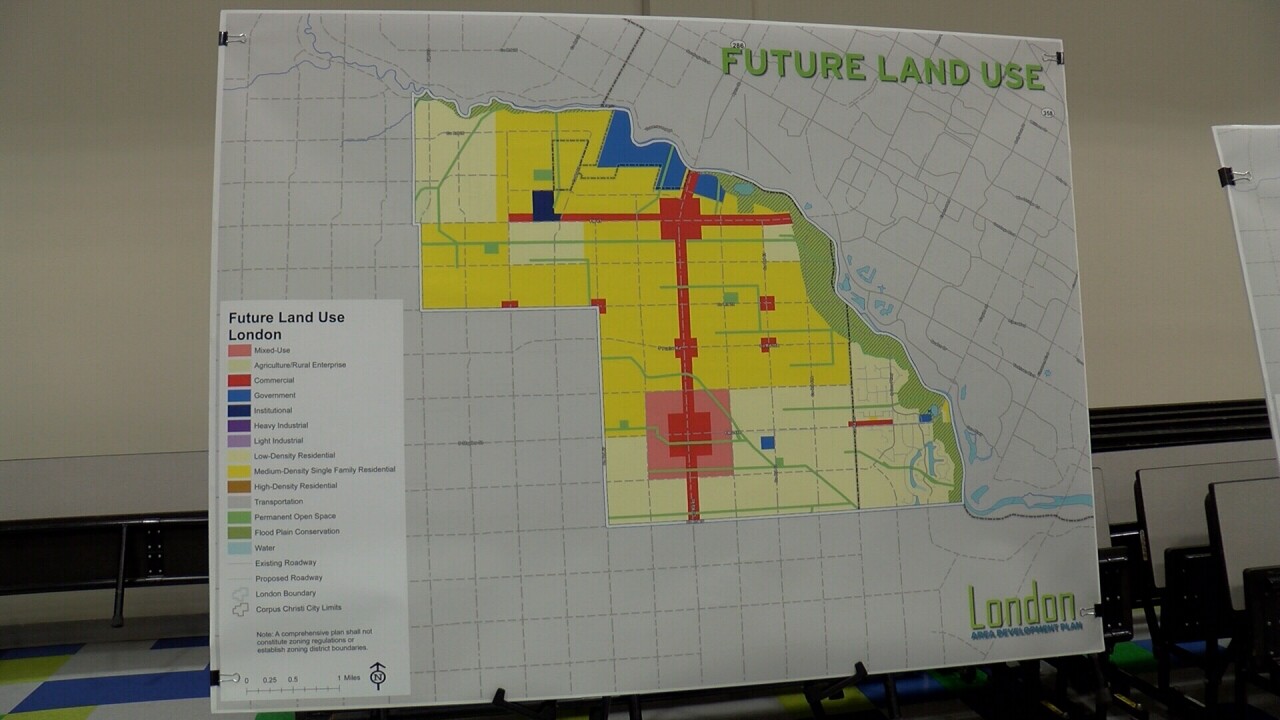 CORPUS CHRISTI, Texas — For more than a year, a committee of city leaders, citizens, and even high school students has been working on long-term development plans for the Southside and London-areas of Corpus Christi.

On Thursday night, they held an open house to get feedback on those plans.

"We're looking towards 15, 20 years of growth both in the Southside and London areas of our community," Senior City Planner Keren Costanzo said. "We need to be looking to how to plan for future growth in both of those districts."

When all of the land in Southside is completely developed, the plan calls for 36 percent of it to be medium density housing. It's similar to most current Southside neighborhoods with up to 12 houses per acre.

The plan also calls for street improvements, which a current Southside resident says is badly needed, because of increased traffic.

"It's getting more populated -- more people moving in," Hector Lugo said. "Myself, I moved here 11 years ago, so I've been part of that trend. I've seen it grow just in the few years that I've been here."

London is also in line for more streets according to the long term development plan. It's also planned out to be 34.4 percent low density housing. Similar to the current situation in that community, only three houses could be built per acre.

But London would also be 28.2 percent medium density housing -- something it doesn't have a lot of right now.

Some London landowners spoke out against the plan, but the city doesn't call that push-back -- rather feedback.

It's why they hosted the open house. But they might not have gotten the attendance they'd hoped for, because the meeting conflicted with the Cowboys game against the Chicago Bears. That's why they urge you to review the long term plan and give your feedback online.

"I really want to make sure that folks know that even if they can't make it out tonight -- if they're pre-partying for the game -- that they should please get online and take the online surveys," Costanzo said.

The city will take all of the feedback and tweak the plan accordingly. In the coming months, the city council will decide whether or not to approve it.