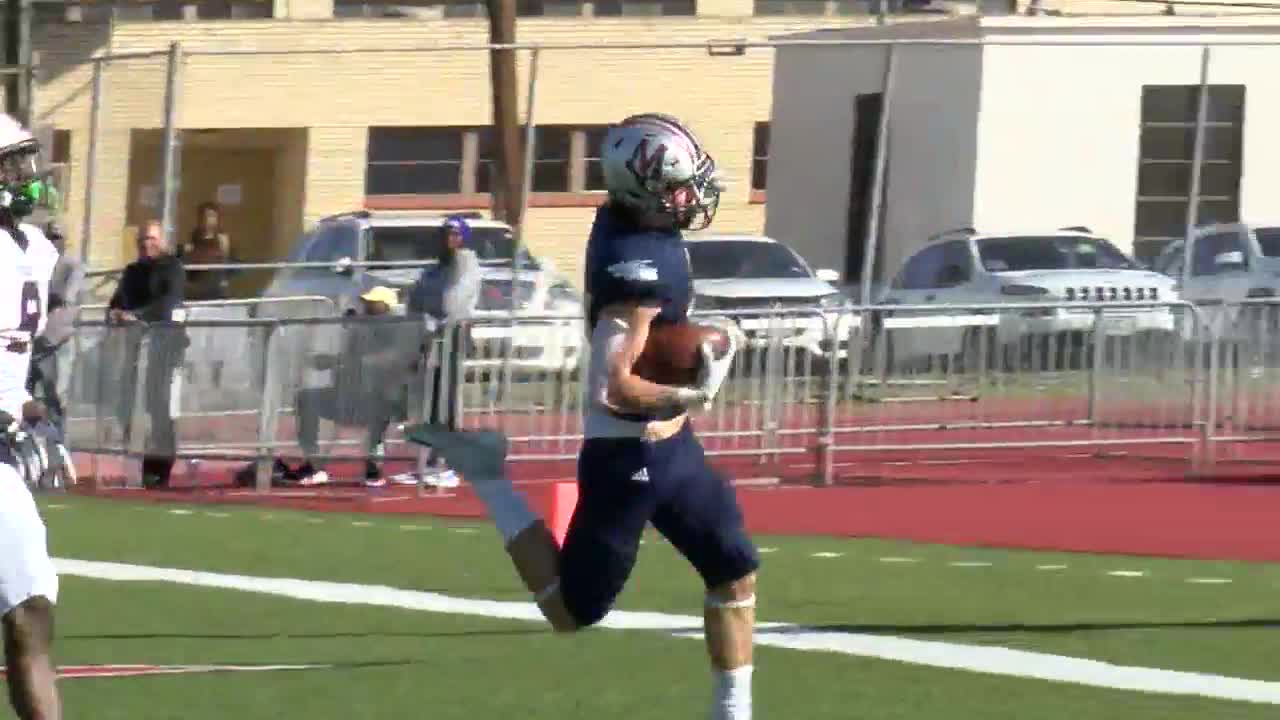 The Eagles needed a goal line stand to escape the game. The Patriots attempted a double reverse pass that sailed out of the endzone incomplete and clinched the win for Cody Simper's team.

The Eagles led 22-13 at halftime thanks to two Carter Senterfitt touchdown passes, one to Kobe Piper the other to Matthew Krall. Senterfitt also hauled in a receiving touchdown on a double reverse pass play before the half.

The win earns the Eagles a rematch with the Miller Buccaneers. Veterans Memorial lost the first meeting between these two teams in a 50-44 double overtime thriller.

Veterans Memorial vs. Miller is schedule for next Friday at 2:30 p.m.