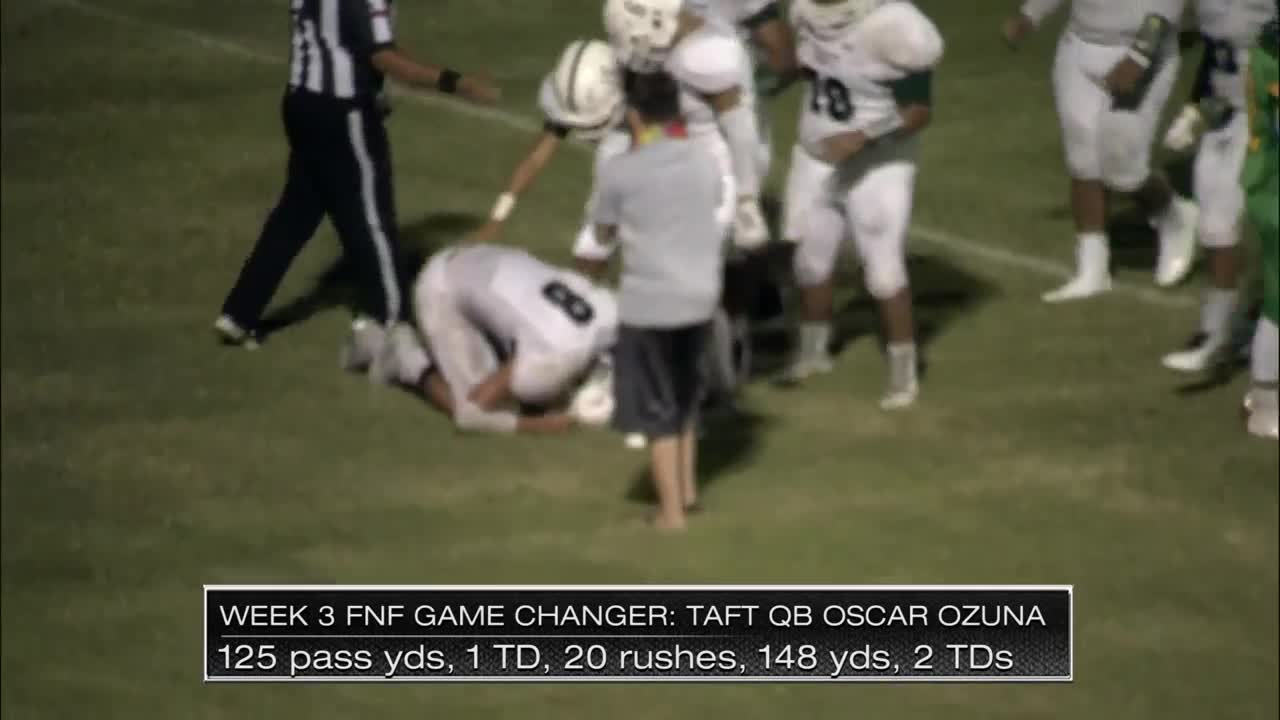 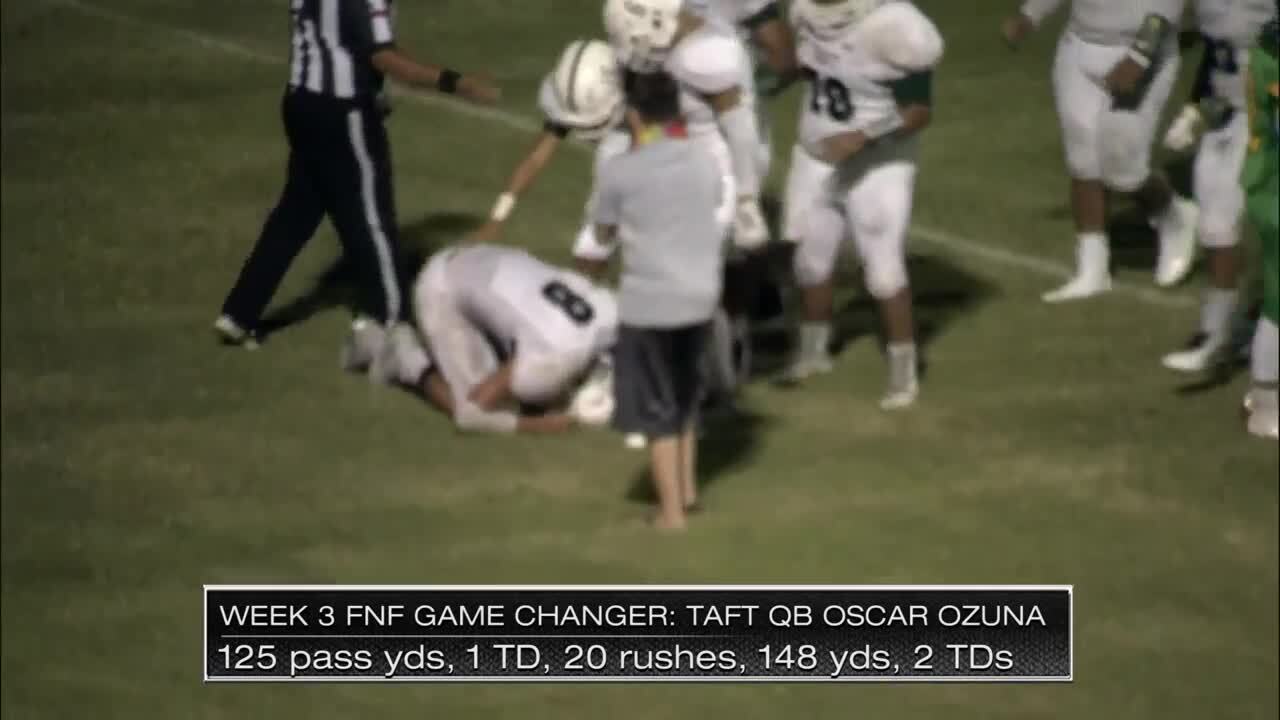 CORPUS CHRISTI, Texas — We are already in district play of the high-school football season and it continues rolling on. The season is flying by as another spectacular week of the state's best football is in the books, and we once again have to look back and crown a player that changed the game.

Choosing one player out of so many is tough. Trust me. It is like finding a needle in a very large, very talented haystack. But at the end of the day, we can only have one needle and there can only be one game changer. This week it goes to Taft quarterback Oscar Ozuna.

The numbers do not jump off the page from the 41-40 victory over Bishop:

But the performance was gutsy! The game was a competitive, back-and-forth one, In a back-and-forth game that saw the Badgers score the go-ahead touchdown in front of their home crowd with just over eight minutes left. It would have been easy for the Greyhounds to roll over and pat themselves on the back for a strong performance. It would have been easy to warm up the buses and leave satisfied, displaying a good product on our CW high-school broadcast. It would've been easy: but Ozuna did not take the easy way out.
With just about 40 seconds remaining Ozuna saw his receivers blanketed, did not panic and took off for a touchdown on a scramble, hurting himself on the play. His performance was not Andrew Body-like or Alex Ochoa-like, but it was risky: tough, game-changing. Without Ozuna, Taft may not win the game, and that is the definition of a game-changer.