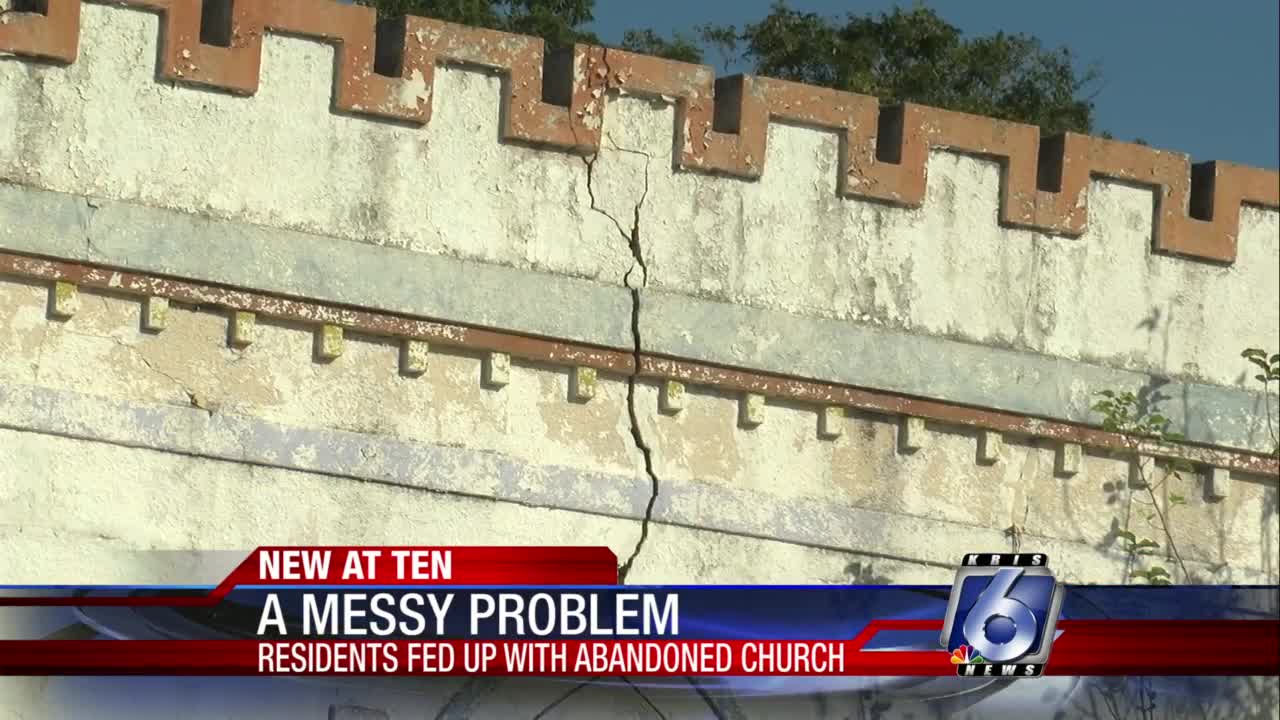 CORPUS CHRISTI, Texas — The cornerstone for the Church of Christ at the intersection of Staples Street and Furman Avenue states that it was built in 1920.

The rest of the building -- which has sat vacant for well over a decade -- shows that the past 100 years have not been kind to it.

"The building has been let go," said Chuck Giffin, who owns a roofing business across the street. "And I don’t know that there’s a lot of opportunity to save it.”

Giffin said the property has lots of problems, and it's bad for his business, and others in the area.

The boards were placed over the windows by Corpus Christi Code Enforcement, which is an extension of the city's police department.

Blackmon said the city tried to have the building demolished in 2016, but the Landmark Commission blocked those efforts as the agency evaluated the abandoned church's historical value.

He hopes to get the results of that evaluation soon, and if the commission doesn't declare the old church a historical landmark, he plans to again pursue permission for demolition at the beginning of next year.

“Nobody wants these old dilapidated buildings removed more than code enforcement, and quite frankly, me, being a native of Corpus Christi," Blackmon said. "I hate seeing them, but ultimately sometimes there’s challenges with these sorts of buildings.”

Whether the building comes down or not, Giffin hopes code enforcement will do more to improve the property than making sure windows are boarded up and other current measures.