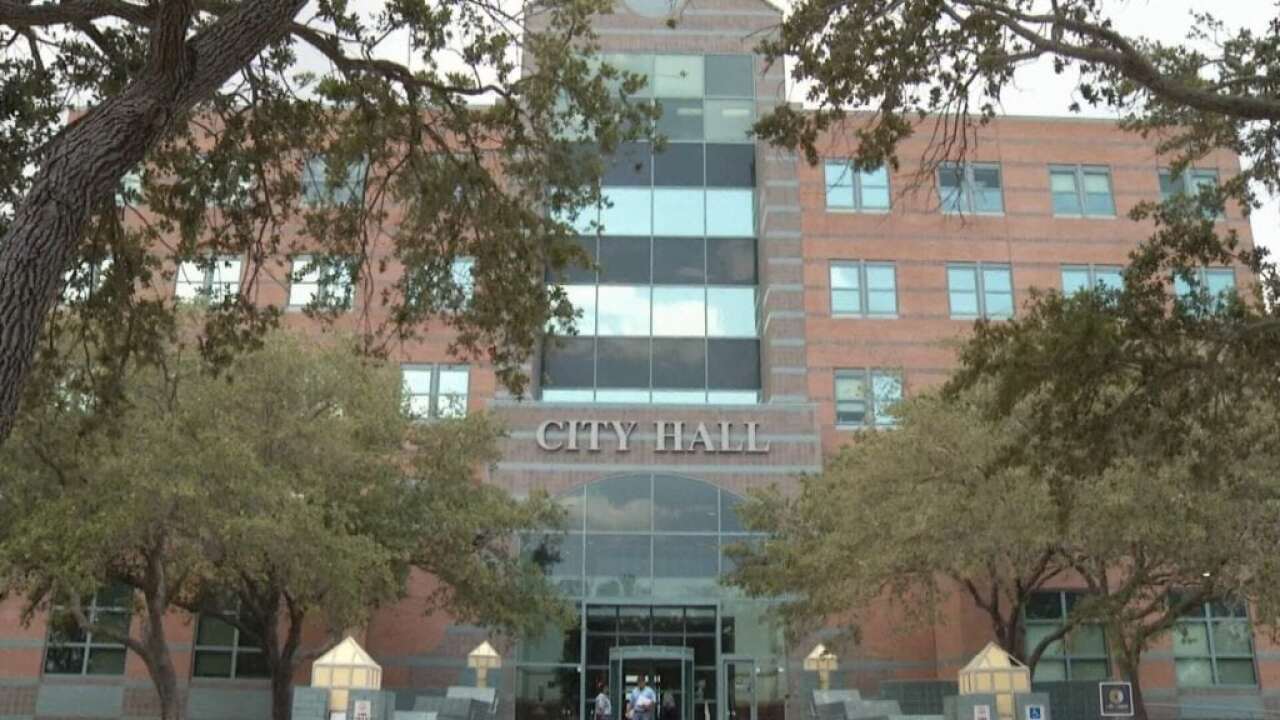 CORPUS CHRISTI, TEXAS — It was a busy day at City Hall today.

Here are some highlights from today's meeting.

A new ordinance that essentially makes Blucher Park off-limits to the city's homeless has passed its first vote.

Even though a majority of the public comments today were against the ordinance, but several people spoke out for the new rules. Several comments had a common theme that homelessness shouldn't be criminalized.

The proposed Blucher Park ordinance came under fire from people who fear the city wants to make being homeless a crime.

"It sets a horrible precedent for our public spaces," local resident Julie Rodgers said. "If you make one park where you can't eat, where you can't bring pillows and blankets in, who's to say you can't do that at Water's Edge Park? Who's to say we can't have a permanent fence up at Artesian Park?"

The Blucher family donated the land for the park with the understanding it would be a bird sanctuary. Blucher Park is internationally known to attract thousands of birders a year.

The ordinance prohibits visitors from smoking or eating in the park. It also bans several items like blankets.

That has some concerned about what it could mean for other parks.

Also, the ordinance calls for the park to close two hours earlier at 8 p.m. nightly.

According to the Corpus Christi Police Department, signs will be posted around the park informing visitors about the new regulations.

The 2020 budget features funds for additional staffing for the police and fire department. It also includes a two-cent property tax increase which voters approved.

Funds from that will go towards fixing streets. An increase in park maintenance and dropping admission fees at city-owned pools are other highlights.

The city is proceeding on a land deal with the Navy.

Council members gave approval to a resolution that will allow the city to swap land with the federal government. The city will spend $500,000 to acquire 44 acres of land along the Oso Creek known as Peary Place from the Navy.

In exchange, the city will give the Navy additional clear zone areas near Naval Air Station/Corpus Christi, Cabaniss Field and Waldron Field.

The land will be paid for through a state loan program for military communities.

Dogs in the Hall

A cuddly canine named "Tonka" was one of many pooches at the council chambers for a mini-adoption event called "Dogs in the Hall."

The event was organized by workers at the Corpus Christi Animal Care Services Department.

If you're interested in adopting a new furry friend for your home, contact Animal Care Services at (361) 826-4630.