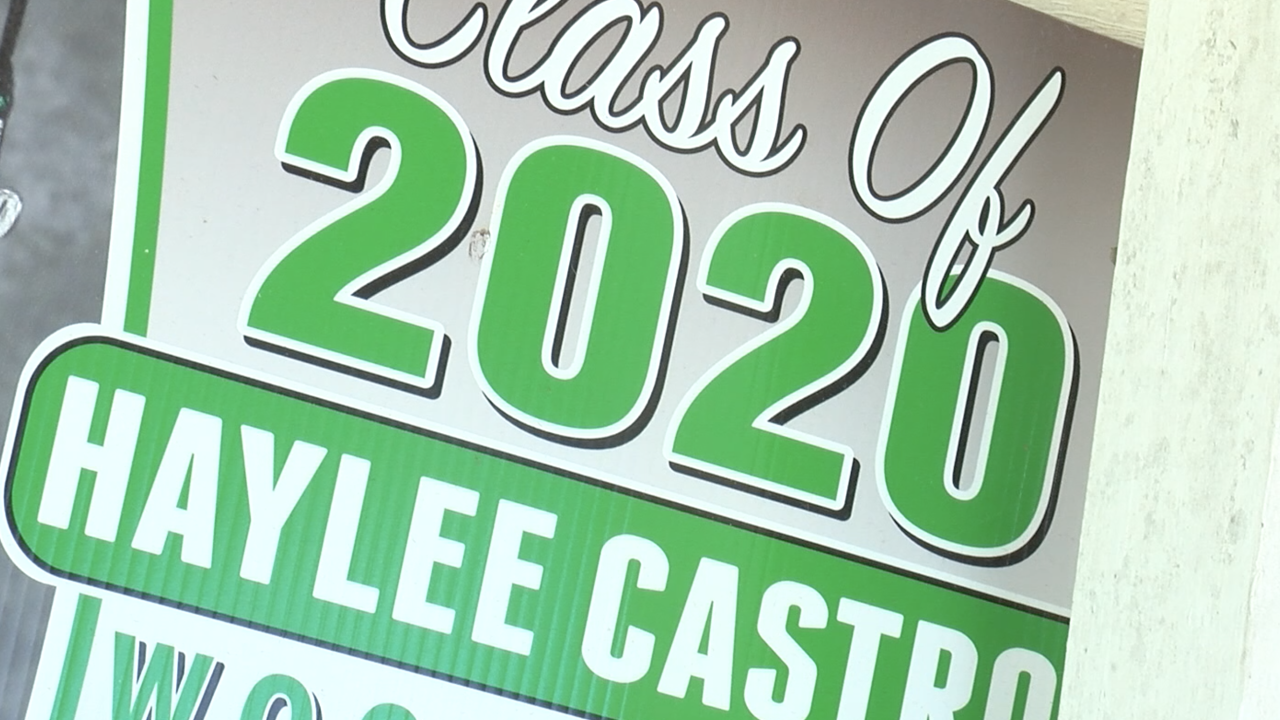 WOODSBORO, Texas — It seemed like graduation day was going to be a dream come true for Woodsboro High School senior Haylee Castro. As students departed for Spring Break, she was the No. 2 student in her graduating class.

"I didn't think I would be second, so I was really excited," Castro said. "I was just trying to keep working hard."

Due to the COVID-19 outbreak, students never returned to campus and attended the rest of their classes from home. As graduation drew closer, Castro made sure, once more, whether or not she would be the salutatorian of her class.

"My mom had me email them and ask to be sure," Castro said. "They said they needed to confirm them."

Woodsboro ISD did confirm the class ranks. Castro had fallen to fourth. She would not be the salutatorian at graduation.

Castro was fourth at graduation, but when she received her final transcript just last week, it says that she finished second in the class. What had happened?

Was there a calculation mistake and Castro was second after all? KRIS 6 News reached out to the school district to find out.

In a statement over the phone by Woodsboro ISD Superintendent Janice Sykora, she explained that normally grades for graduation ranks are finalized after the third week of the final nine-week grading period.

Due to the novel coronavirus pandemic, the school board voted to finalize graduation ranks after the end of the third nine-week grading period.

Because of this, Castro dropped to fourth in the class. As for why her final transcript displayed second, Sykora said that after the school year officially ends, the district re-ranks students once all the grades have been calculated.

The biggest blow to Castro during all of this: Her fourth-place ranking hurt her chance for scholarship money. She was looking for a grant from Coastal Bend College that was only given to students in the Top 10 percent of their class.

There were 30 students in the Woodsboro class of 2020, Castro fell just beyond the Top 10 percent.

"I called there multiple times, but by then it was past the deadline," she said when asked about the scholarships.

Castro knows whether she finished second or fourth -- it's still an accomplishment. She wish things were made clearer.

"We know how they did the grades," she said. "We're just saying it kind of messed up everything."