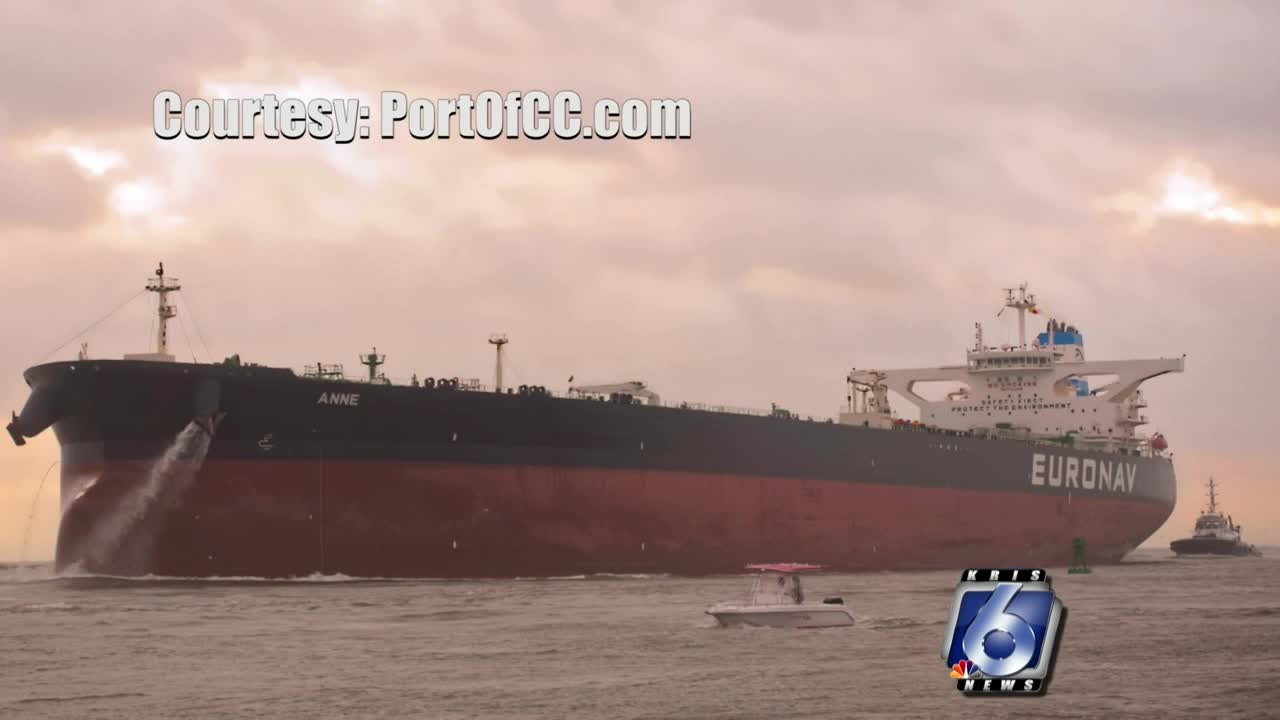 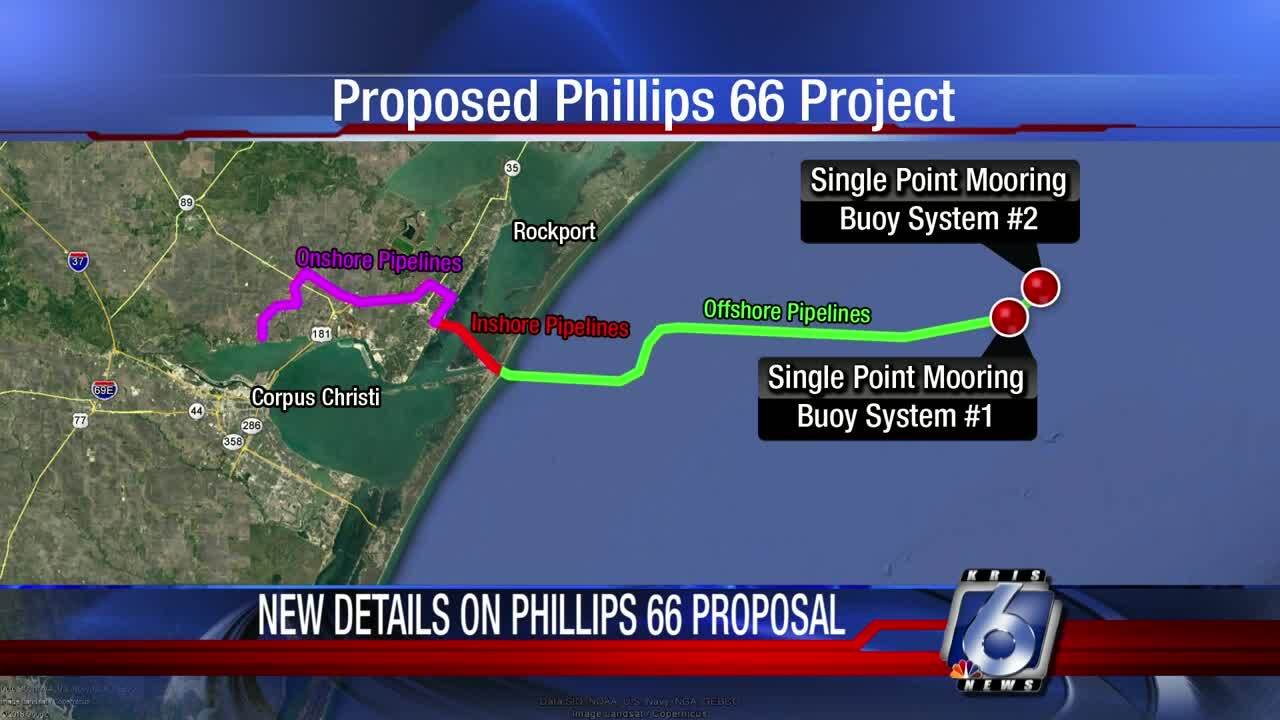 CORPUS CHRISTI, Tx. — Representatives from Phillips 66 answered questions and addressed concerns at public meetings Monday over the company's proposal to create a deepwater offshore port for loading the largest oil tankers in the world.

"The things that we try to focus on are the economic benefits of a project like this, but also all of the care and planning that goes into making sure that we're developing a project that's safe and environmentally responsible," spokesman Rich Johnson said.

Oil bound for very large crude carriers, or VLCC's, would start at a multi-use terminal south of Taft. New pipelines would send the oil to Harbor Island where a booster station would ensure enough pressure to pump it out to two buoys about 18 miles to the east. Tug boats would help VLCC's connect to floating hoses attached to the buoys to take on a complete load of oil, a process that would take 48-hours.

People who attended tonight's meeting had concerns ranging from leaky pipes to an all-out oil spill.

"We kind of want to now where we're at and what we're looking at and what they're wanting," said Nedra Wright who has property in Aransas Pass.

Members of the Port Aransas Conservancy, an environmental group, also attended the meeting. They're watching this project closely, saying it's a better system than efforts to bring VLCC's all the way to existing ports.

"This project... it's off shore," conservancy member John Morris said. "We support off shore. It's where it belongs."

Johnson says that Phillips 66 has operated a deepwater offshore port off the coast of the United Kingdom since 1971 without any problems. If regulatory agencies give the go ahead and the company commits to the investment, he thinks the port will be very successful.

"It's a very important area for us," Johnson said of the cumulative $7 billion in investments Phillips 66 has planned for the Coastal bend. "We're investing significantly here, and we're very excited to become part of this community."