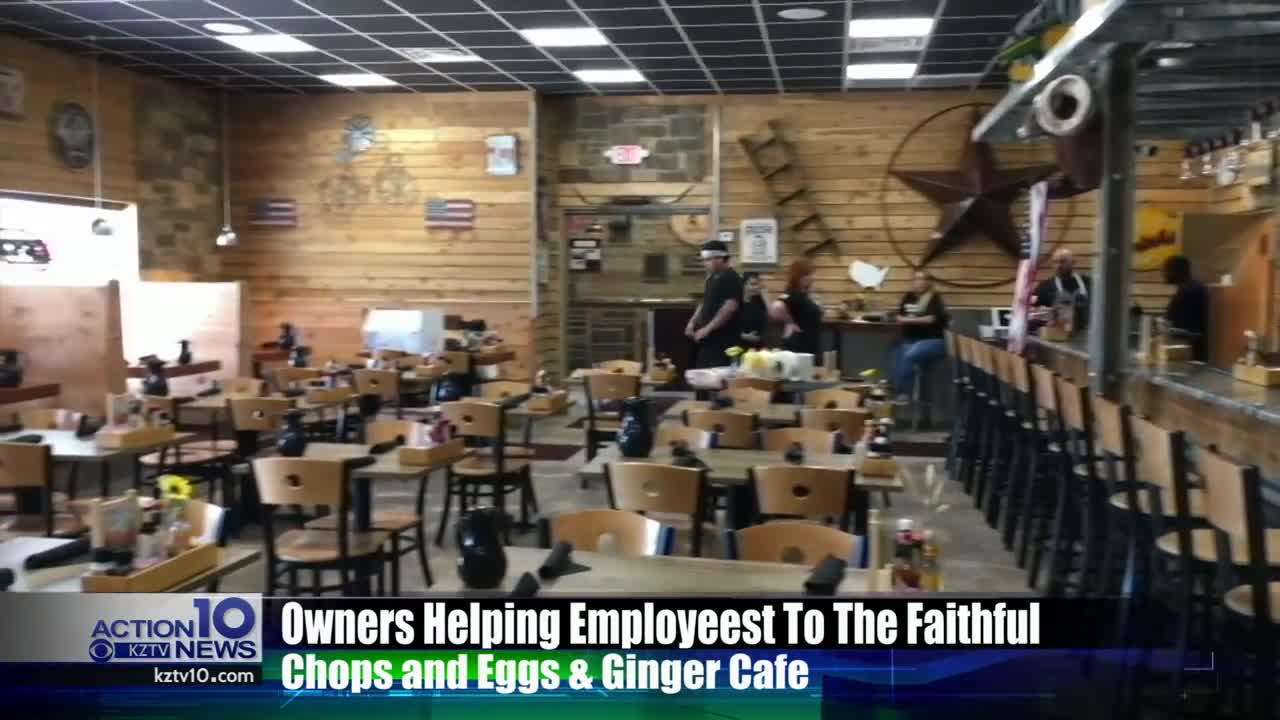 We’ve heard of small businesses struggling to stay open during this time. This week, two owners of a local company are giving up their salaries to ensure the survival of their business. CORPUS CHRISTI, Texas — We’ve heard of small businesses struggling to stay open during this time. This week, two owners of a local company are giving up their salaries to ensure the survival of their business.

A breakfast diner that’s typically serving hundred of customers a day hasn’t seen a sitting customer in almost a week.

Jordan Jaradat and his brother, Ramzi, own and operate two restaurants, Chops and Eggs and Ginger Cafe.

Like many other businesses, they’ve struggled to keep their employees on staff as the spread of COVID-19 continues to shut down business after business.

So, in an act of generosity and an effort to keep their restaurant running , Jaradat says they’re choosing to give up their salaries and pay their employees instead.

“We have kids, we have a house an we also have expenses but we’re not taking it," said Jaradat. "We’re gonna squeeze ourselves little bit, so we’ll be able to pay their payroll."

“All of us were worried and thinking 'what are we gonna do', just trying to make it through," said one employee.

“Last night Jordan sent all of us a message telling us we’re not in this alone, he’s with us," said another employee.

“I would split my last dollar with you guys, you are my family,” said Jaradat.

Between both restaurants, there are 60 employees still getting paid thanks to Jaradat's altruism.

On top of that Jaradat and his brother gave all 60 of their employees 2 and half dozens eggs free of charge.

Jaradat says small business is the backbone of the American economy.

Jaradat says making sure his staff stays afloat is his priority.