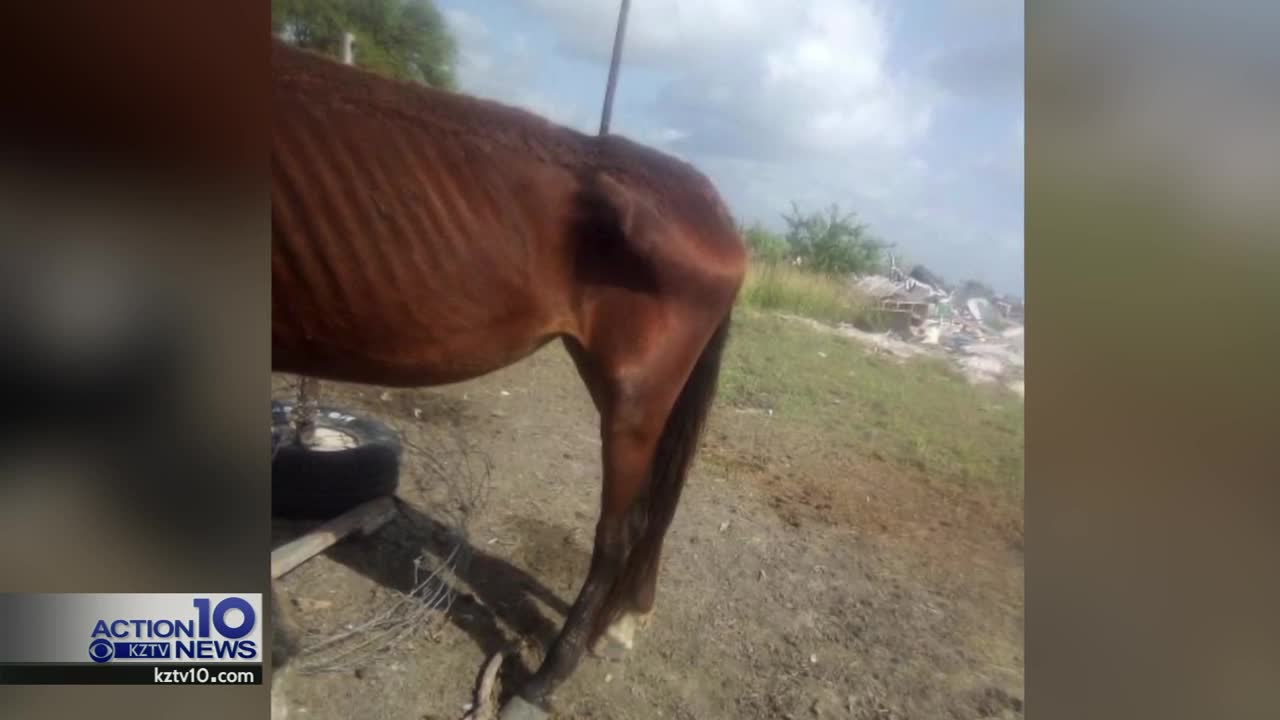 Complaint of malnourished animals in Robstown 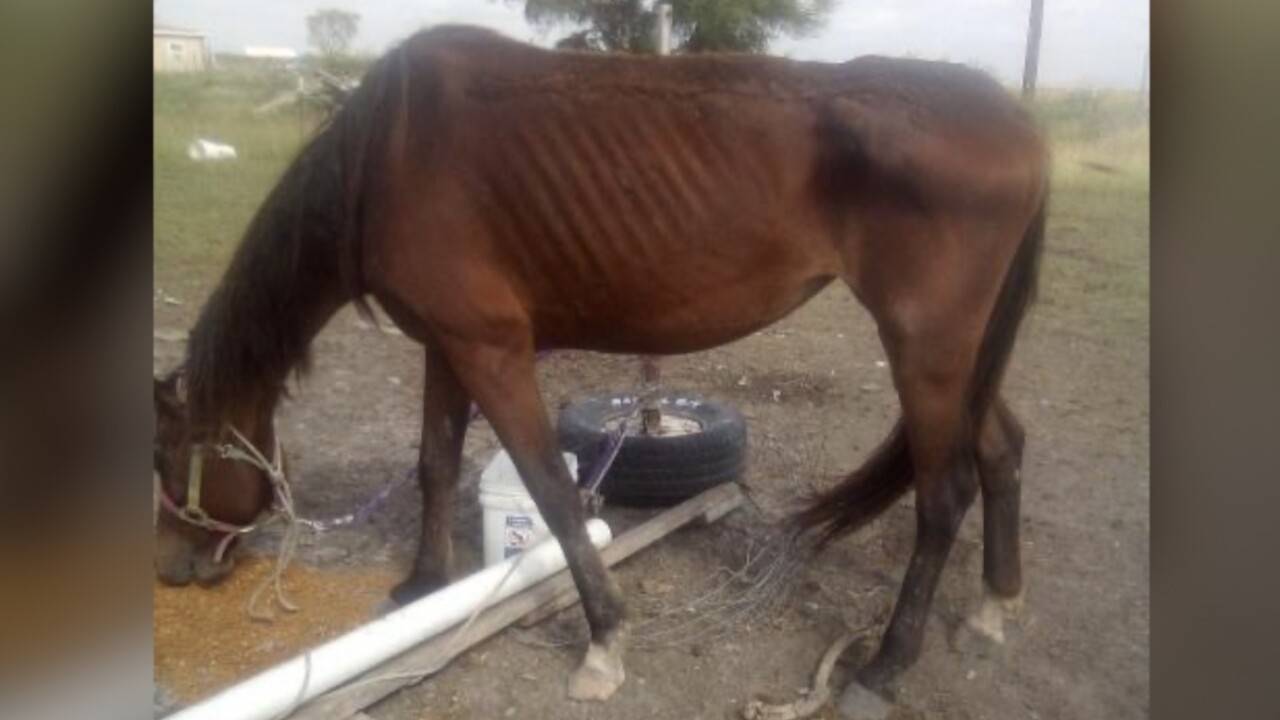 UPDATE: At 3 p.m. Wednesday, the sheriff’s office impounded one adult horse. It is now working to secure a warrant to access the private property where another horse as well as a dog are located.

ORIGINAL:
Two horses and a dog have been trapped in the backyard of a Robstown home.

Every day, one of the neighborhood's residents sneaks through a locked gate to gain access to the animals she says have been abandoned for at least two months.

“I didn’t even know the dog was there because he was dying,” said a neighbor, who did not want to be identified.

Neighbors believe the property has been abandoned for months. Meanwhile, the animals have had no access to food or water.

“I buy the horse and the dog food to try to keep them alive,” she said.

She said in April she started hearing the animals cry. Eventually, she decided to disregard the ‘No Trespassing’ sign on the property, and sneak in to help.

“I have to climb this fence, and I have to walk to the end of that building and crawl under the house,” she said. “But I can’t let them starve.”

She contacted Nueces Co. Animal Control to tell them the animals were starving and chained down with little room to move, hoping they would pick up the animals.

“First they told me it wasn’t their problem, but then I read the Texas law and it says they should take care of livestock,” said the neighbor.

“There was a couple horses there, and then, all of a sudden, they somebody called and said somebody took them we don’t know where they went,” he said.

However, as of 9 a.m. Wednesday, one of the horses could still be seen untethered and roaming the neighborhood.

Additionally, the neighbor feeding the animals still was sneaking through the property trying to help the dog in the back.

“The dog that is in the backyard," Ramirez said. "My officer hasn’t gone over there, or he went, and we haven’t seen him again.”

Action 10 News contacted Nueces Co. Sheriff J.C. Hooper, who said his office had no record of complaints and weren’t aware of the abandoned animals.

Hooper said they sent a deputy over this afternoon and have started an investigation.