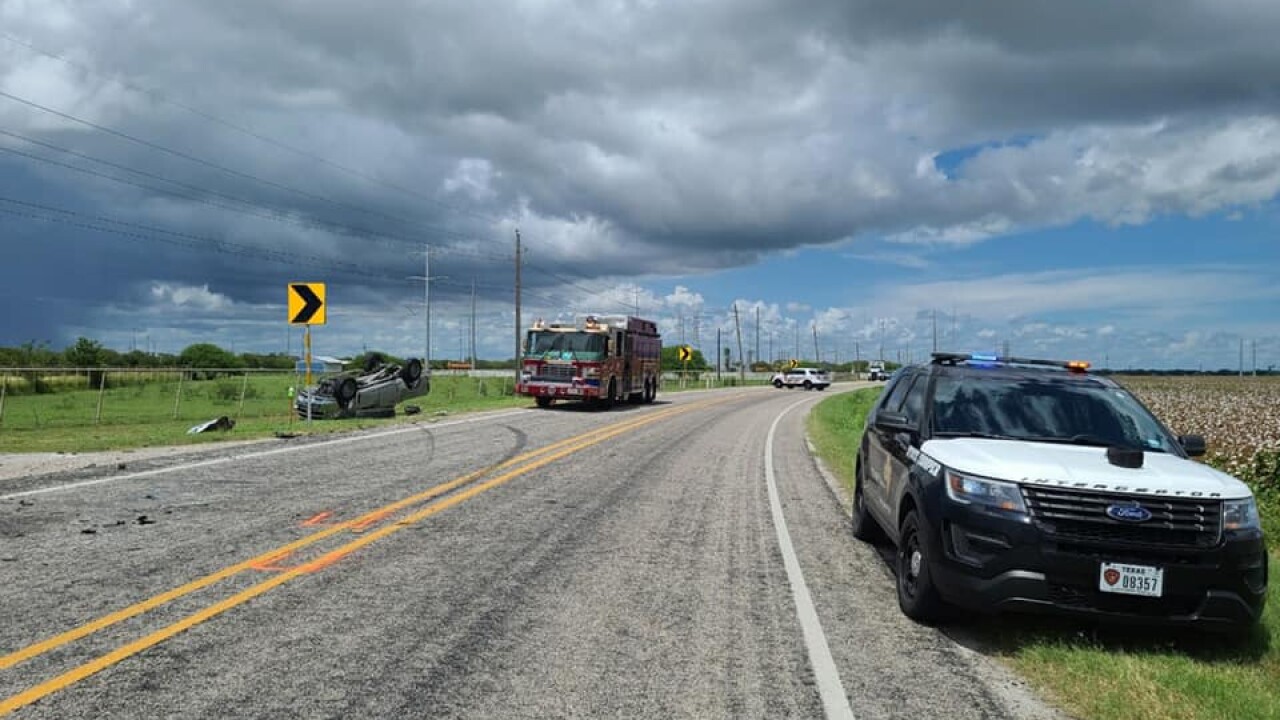 Nueces County Precinct 5 Constables courtesy photo.
A 61-year-old woman was killed and another man was injured in an accident near Calallen, DPS officials said.

CORPUS CHRISTI, Texas — NOTE: This is a correction of an earlier story after we received an erroneous report from the Texas Department of Public Safety.

A 61-year-old Corpus Christi man was killed in a two-vehicle accident on FM 1694 near County Road 48 in the Calallen area Saturday.

Herman Garcia was pronounced deceased at the scene of the crash, which occurred at 2 p.m.

The driver of the Ram was traveling at an unsafe speed for a curve in the roadway, veered into the oncoming lane of traffic and struck the Focus in the driver’s side door before overturning off the road. That driver was transported to Spohn Shoreline Hospital in Corpus Christi by ground transportation with injuries.