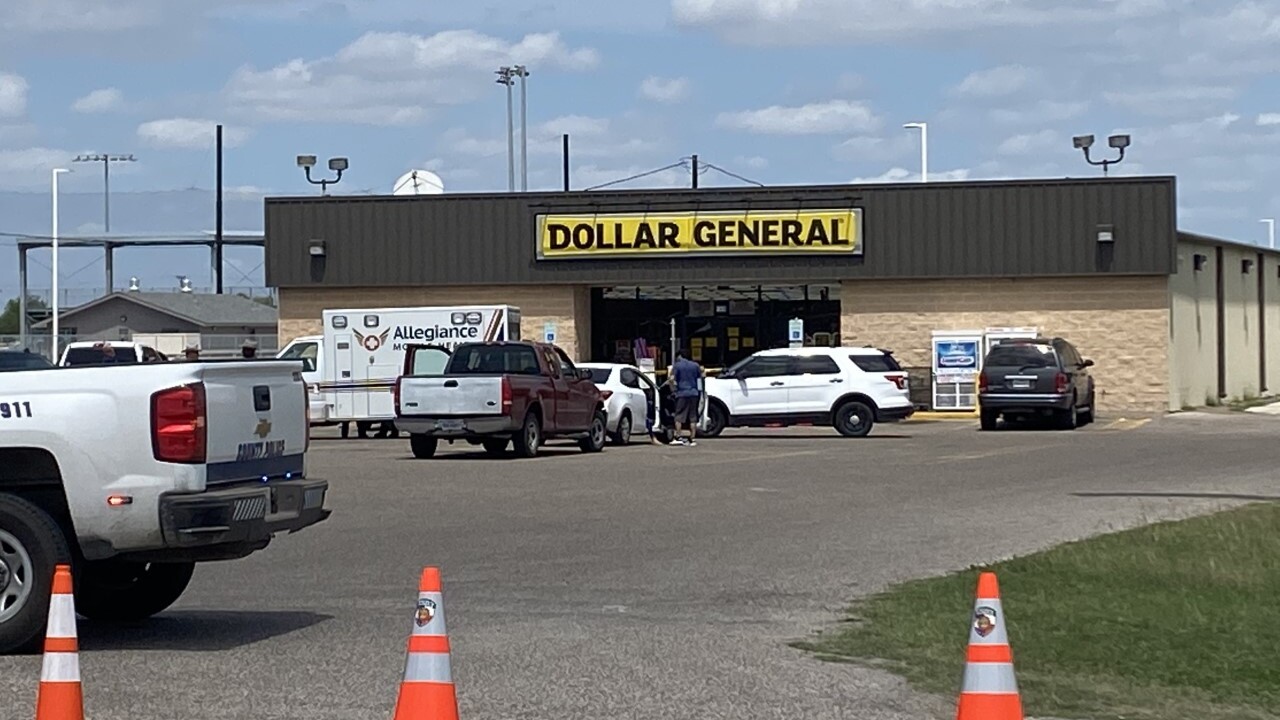 BISHOP, TEXAS — A 27-year-old man is charged with murder and aggravated kidnapping following a shooting at a Dollar General store in Bishop.

According to police, there was a fight and the victim was fatally shot. The shooting happened around 12:20 pm Wednesday.

Police say the 42-year old victim, the suspect, a woman and a small child went to the store together Wednesday afternoon.

We're told the suspect then forced a woman to leave the scene with him.

He reportedly jumped out of the car at the intersection of 4th Street and Highway 77. He was arrested a short time later.

Police say the victim and the suspect were from Alabama. The woman and child were not hurt.

None of their names have been released.

The Texas Rangers were called in to help with the investigation.