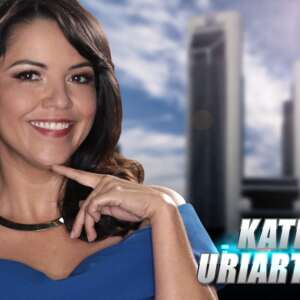 That child serves as James Ragan’s‘ Wingman. Someone to carry on James’ legacy and mission to fight pediatric cancer.

This year’s wingman is 8 year old Asher Cochran who is in the fight of his life. But when you meet him, he greets you with a big smile.

The day we met up with him, was the night of TOKC’s pre-Toga celebration. Toga is a signature fundraiser for TOKC.  Started by James, raising $40,000 in one night. The money split equally between Driscoll Children’s Hospital and MD Anderson.

The night we met Asher, he had just received chemo at MD Anderson. Asher has been diagnosed with Rhabdomyosarcoma. A cancer that is in his left eye.

“Sometimes he’s the playful Asher and sometimes he’s not. I wish I could hug him and make it disappear and trade places with him” say one of Asher’s sisters, Asia Cochran.

“You have those days when you wonder what happened and why. Those are the tough days” says Asher’s dad, Phillip Cochran.

His family receiving the news on New Year’s Day, when Asher woke up with his eye protruding.

Asher has undergone conventional chemotherapy and radiation…and continues to do so…but it hasn’t helped. He has an agressive and rapid growing tumor. Which is why being James’ Wingman through TOKC is so special to Asher’s family

Luisa Cochran, Asher’s moms says “I think what they are doing (TOKC) is very important and it may not get to help right now but it may get to help down the road and that I think is amazing.”

While life has changed drastically for the cochran family, Asher is still getting his school work done. Trying to lead as much of a normal life as possible while battling an abnormal situation.

Being James’ Wingman and reminding people why pediatric cancer research is crucial is now part of the Cochran family’s mission.

Right before Christmas, Asher had some swelling around his left eye. His parents thought it was allergies, and they treated with Benadryl for about a week & a half. Asher woke up on New Year’s Eve with his left eye protruding outward and his left eye gaze was deviated to the right. He was rushed to the clinic, and they directed him to the emergency room. The doctor did a CT scan, and suddenly there was an ophthalmologist, optometrist, and an oncologist involved in Asher’s case. He was admitted, and spent New Year’s Eve, (Monday, Dec 31, 2018) in a room on the oncology floor.

Asher’s tumor presented itself to be aggressive & rapid-growing  in nature. He had a biopsy on Friday, Jan 4, 2019 – the pathologist present during the procedure determined it was embryonal rhabdomyosarcoma. On Monday, January 7th, Asher had his port placed, bilateral hip biopsies, and a spinal tap.  He began receiving high dose steroids in attempt to reduce the size of the tumor and stop its progression. Asher was started on the chemotherapy regimen of vincristine, dactinomysin, and cyclophosphamide.  After 15 weeks of chemotherapy and 2 weeks of proton therapy, Asher’s tumor had not responded. He will receive the full dose of radiation for the duration of his treatment. As of May 6th, Asher is on week 17 of a 24 week treatment plan.

Asher is a smart, funny, lovable, and caring 8 year old boy. He has 4 older sisters, and even shares a birthday with one of them. He does well in school, and was selected as a Habit Hero during the first semester this year. Asher misses his classmates and his teacher. He loves being silly, telling jokes, and making people laugh. Asher enjoys playing with Legos, pretending to be a superhero, riding his bike, going to the beach, and being with his family and friends. He is just a normal 8 yr old kid, but he is an 8 yr old kid dealing with cancer.