A major three-vehicle crash snarled traffic after one of the cars erupted in flames.

According to an officer at the scene, one of the drivers was not paying attention to traffic slowing down near the exit and slammed into the back of a vehicle. 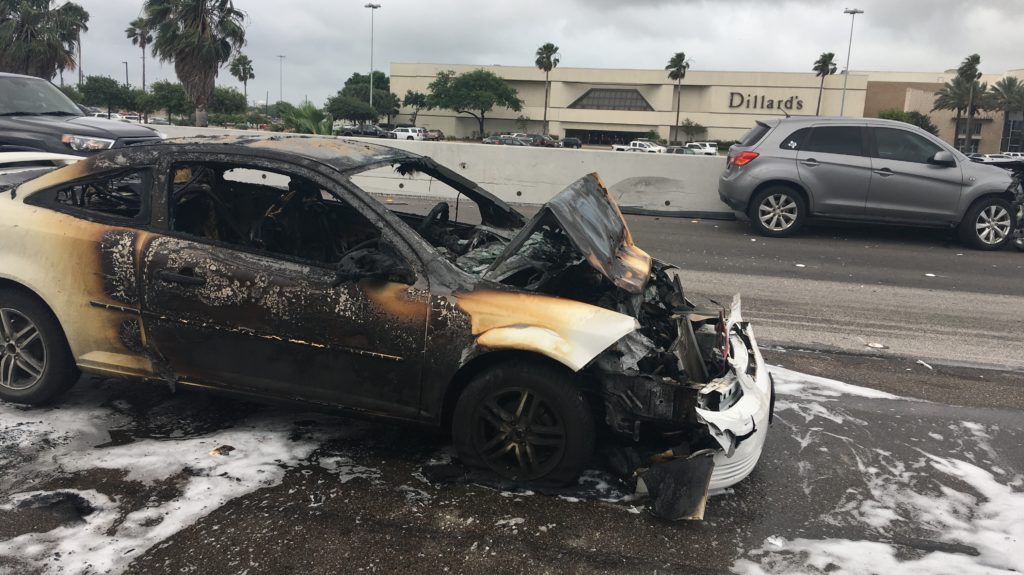 Flames erupted from the engine and the car was fully engulfed when firefighters arrived at the scene.

The fire was quickly put out. The three drivers involved in the crash were treated at the scene.