A local middle school student is being investigated by police for a so-called prank.

Gregory-Portland Independent School District notified parents yesterday of an alleged hit-list that had been circulated around the GP Middle School campus. 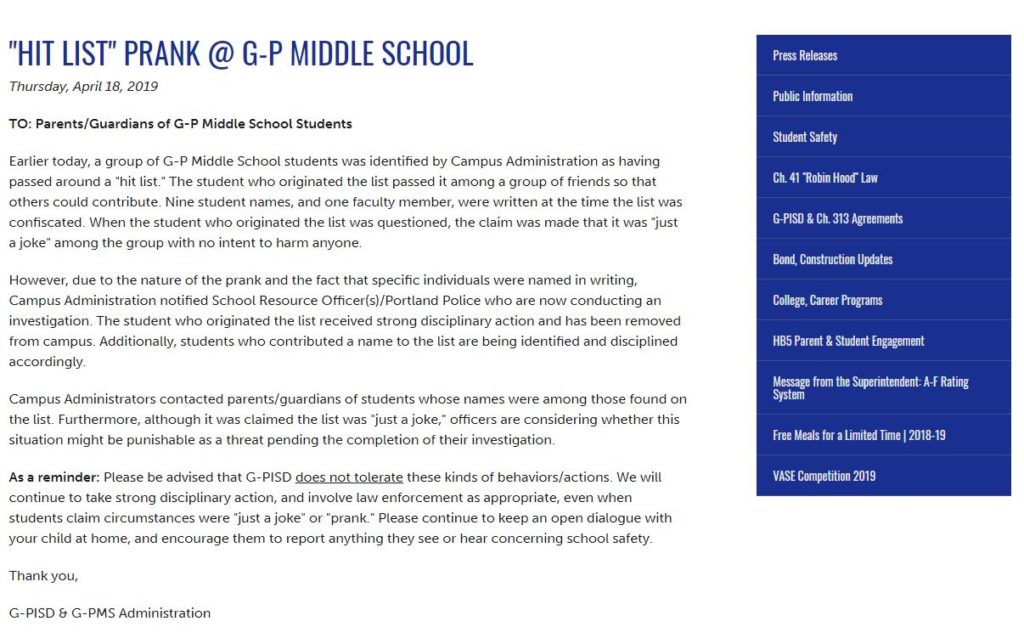 G-PISD did not identify the student under investigation, but did say the list contained names of nine students and on faculty member.

According to the district, the student claims the list was “just a joke” and “not intended to cause real harm to anyone.”

G-PISD says police were notified immediately and the student was removed from campus.

The incident remains under investigation, and G-PISD says the student could face criminal charges.