Back in October, KRIS 6 reported on the damages being caused by passing ships in the La Quinta and Corpus Christi Channel. Those damages were to properties along Bayshore Dr, in Ingleside On The Bay.

At the time, the Port of Corpus Christi said there would be a study for the Channel Improvement Project that will be out by the first part of 2019.

Since then, Bayshore Dr. resident, Michelle Morlan, says she has not heard anything from the Port about the results of the study.

With no solution in sight, Morlan decided to track the speed of the ships and even made a Facebook page called, Me vs The Port of Corpus Christi.

However, Morlan is not the only resident upset by the wake damage. Many residents along Bayshore Dr. have had issues. Including Carroll Collier, who has three properties along the bay front. He says when he first moved in 10 years ago, he had a beach in his backyard. But, in the past 5 years, his beach has completely washed away. The wakes have caused so much damage that he will now have to rebuild the bulkheads along his properties, for the second time. Collier says he would like the Port, to have the ships slow down and make them pay for the damages done to the homes.

Morlan also told KRIS 6 that she wrote to President Trump’s Office about her concerns, in which his office replied, “White House staff reviewed your correspondence and forwarded it to the appropriate Federal Agency for further action.” 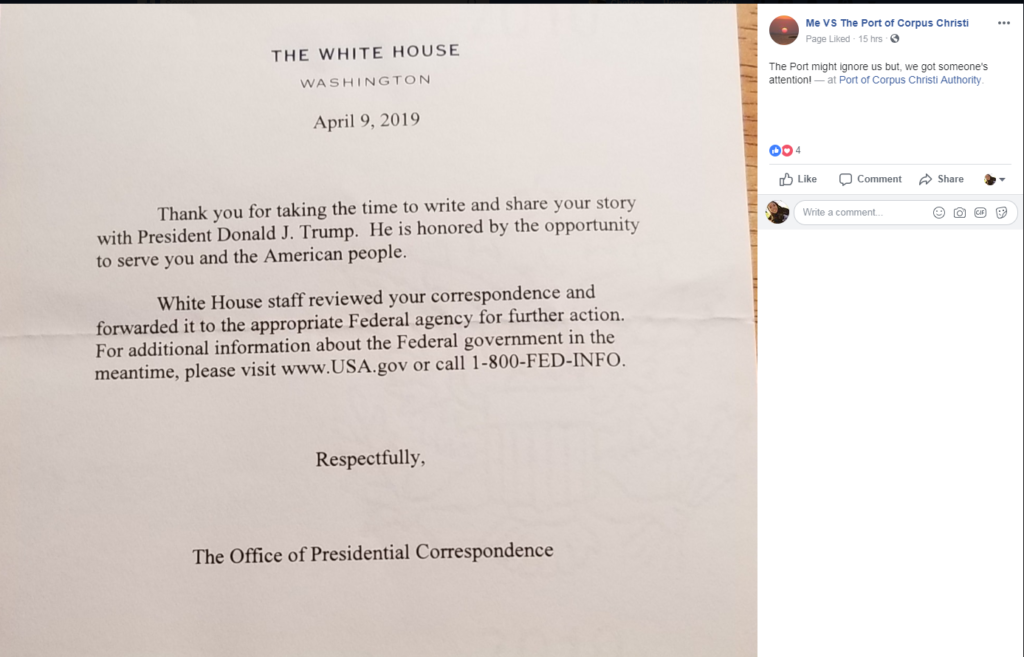 Morlan will speak in front of the Port Commissioner’s in today’s quarterly meeting at the Solomon Ortiz Center that is set for 9 a.m.

She will have 3 minutes to discuss the study as well as the damages that have been done to her home.
Copyright 2023 Scripps Media, Inc. All rights reserved. This material may not be published, broadcast, rewritten, or redistributed.