A community is on the hunt after thieves stole an iconic dolphin statue from a Padre Island condominium complex.

Property managers at the El Constante Condominiums say several people broke into the swimming pool area early Saturday morning, had some beers and then stole the statue. 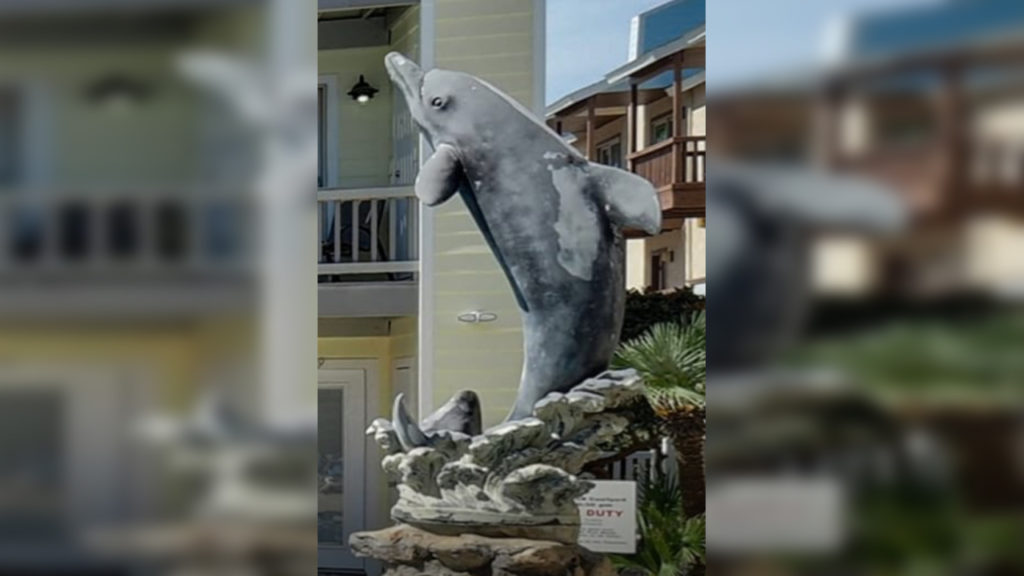 Security camera caught the vandals removing the dolphin that had been at the condominiums for more than 30 years.

“It’s kind of sad,” said Terry Cox, with the condos. “There are 69 owners here and the dolphin is important to some of those guys. Now he’s gone.”

Managers say they intend to file a report with the police.