This weekend, the 2nd Annual Back the Blue Clay Shoot will be taking place at Lonesome Dove Ranch, in Mathis, Texas. Last year, the CC Police Foundation was able to raise $75,000 and this years goal is $90,000.

“Budgets are tight and we respect that, we’re just part of the broader group, broader enterprise in the city, we’re just the department,” says CCPD Chief Mike Markle. “So these specialized things we have to be a little more creative to come up with, but they’re needed. Coming up with the money through general funds is difficult.”

Over the years, the money raised by the CC Police Foundation has helped provide, SkyWatch towers for CCPD, as well as K9’s and K9 equipment, Armor Guard uniforms, as well as water packs for cadets and other equipment used by CCPD daily.

“The police foundation helps out the police department on things they need to get their jobs done better and safer,” says Tony Alcaser with Rabalais I&E Constructors, who is also on the CC Police Foundation Board.

Alcoser says the Back the Blue Clay Shoot is like playing golf, but with a shotgun. He says that companies such as Rabalais, Flint Hills, H-E-B and other companies have come together to form teams and each team will compete against each other during the tournament. The winners will be given a belt buckle as a trophy.

For more information about the Back the Blue Clay Shoot, visit the Corpus Christi Police Foundation Facebook page. 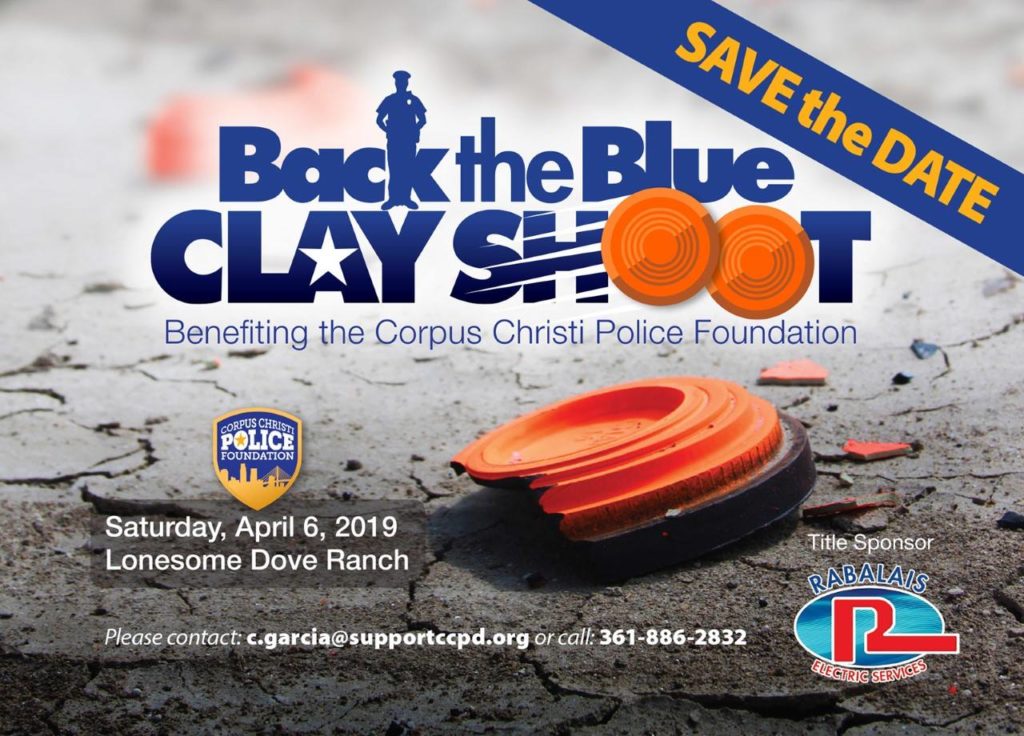