A group of Driscoll Middle School students who started the school year on the wrong foot has made a difference through making blankets. 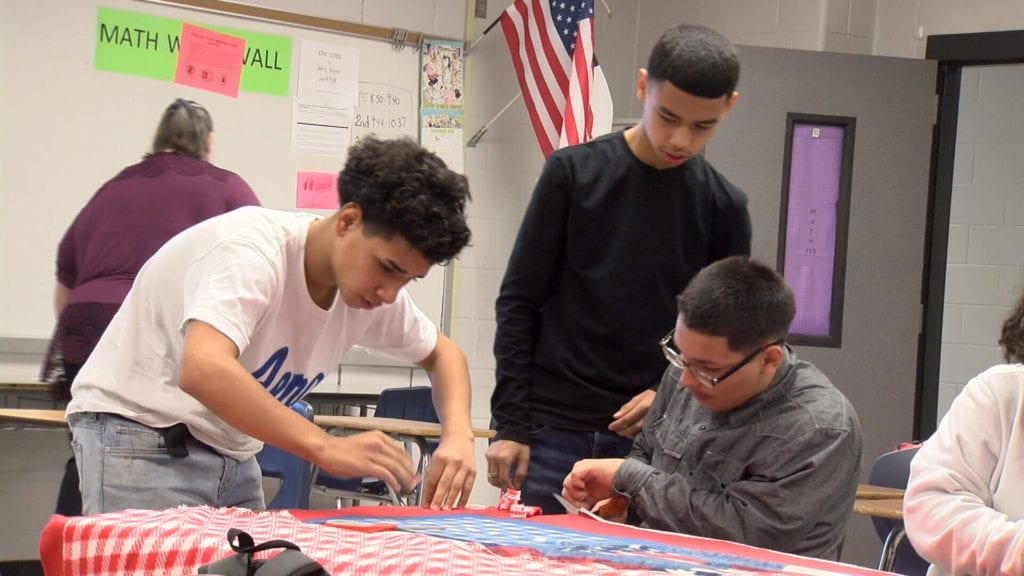 Driscoll Middle School assistant principal Warner Hartman has been mentoring about 12 eighth-grade boys since September 2018. During one of their meetings, they decided to start a community service project to help learn about teamwork and build their self-confidence. 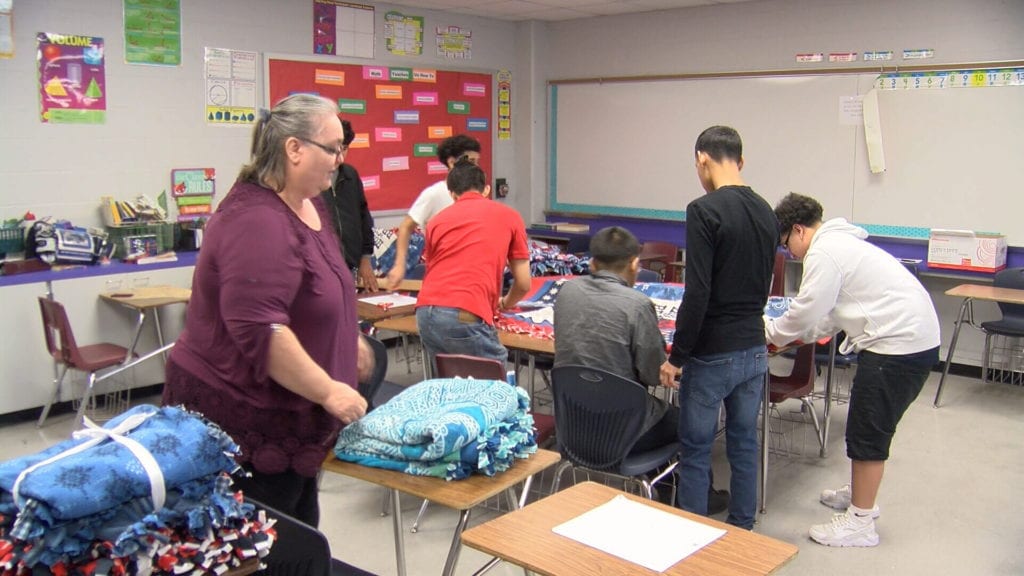 Hartman and one of the school’s math teachers, Catherine Stein, decided to teach the boys how to put together “no sew” blankets. Stein purchased some blanket kits at JoAnn Fabric and Crafts stores. Now, the boys are using the kits to create blankets. The boys admit making the blankets helps relieve stress.

Over the last few months, they’ve made several blankets and the plan to donate them to a nursing home tomorrow. 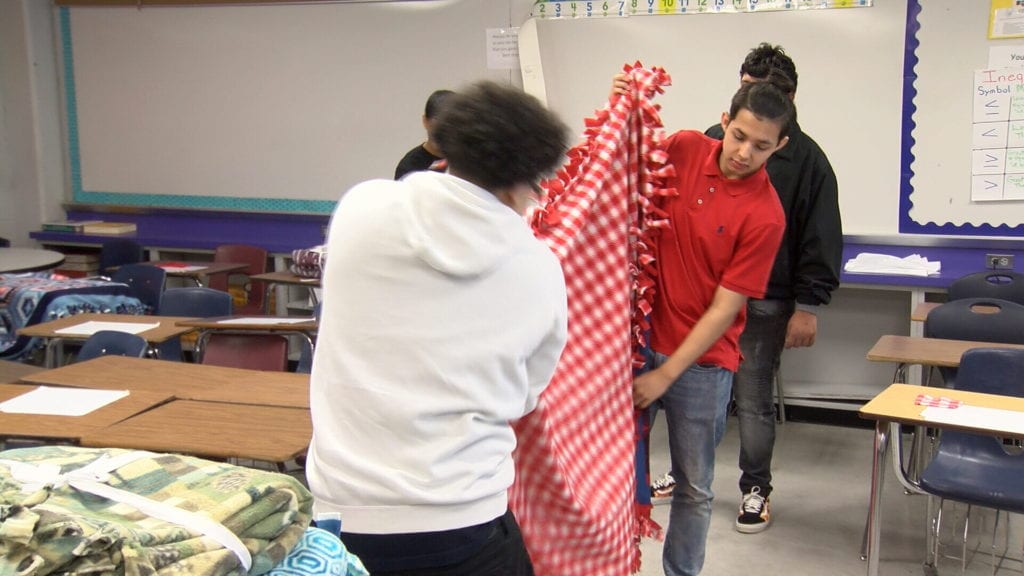 Hartman has known several of the blanket makers since they were in sixth grade. He said he’s proud of their transformation.

“They’ve made mistakes but they get knocked down and they always get back up,” Hartman said. “So, for me, it’s very rewarding.

“You know we still work on some of their behaviors and things like that,  but now they’re to the point now where they’re mindful. They know what their actions are and what their consequences are. Things like this have changed their mindset. It’s pretty cool to see.”

Meanwhile, Hartman and Stein are hoping the school will receive another grant to keep this program going.