There has been a major development in a criminal theft investigation involving the former President and CEO of the Corpus Christi Association of Realtors.

Friday morning, KRIS 6 News obtained a memo sent out by CCAR outlining the new developments in the examination of former CEO Richard Throop. 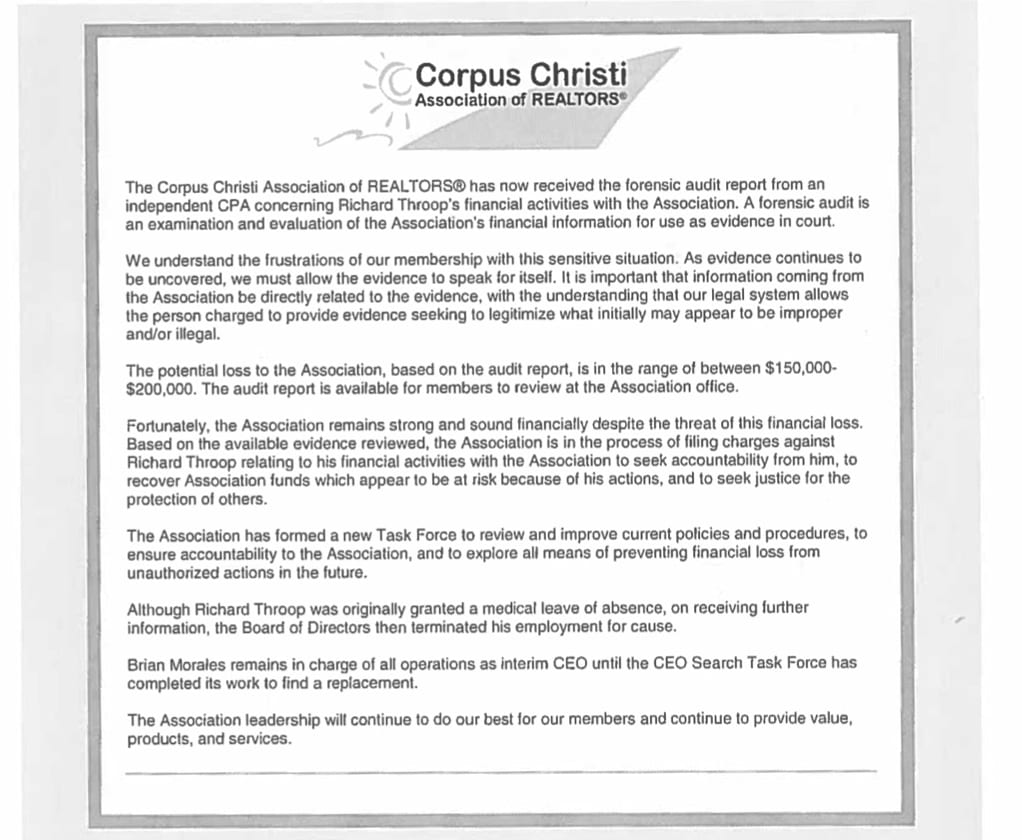 The memo states that the Corpus Christi Association of Realtors has now received a forensic audit report which lays out Throop’s financial activities with the organization.

Originally, Richard Throop was granted a medical leave of absence, but based on this new information, the Corpus Christi Association of Realtors has terminated his employment for cause.

The memo also states that CCAR is in the process of filing charges against Throop relating to his financial activities within the association.

The Association of Realtors also said they have formed a new task force to review its current policies and procedures to prevent similar financial loss in the future.

This is a developing story. Keep up with the latest details on air and online at KRIS 6 News.