A local non-profit is hosting a three-day town hall meeting to discuss legislation to help veterans exposed to toxic burn pits while on active duty.

The town hall, hosted by Burn Pits 360, started in San Antonio today, and will be in Corpus Christi on Saturday. 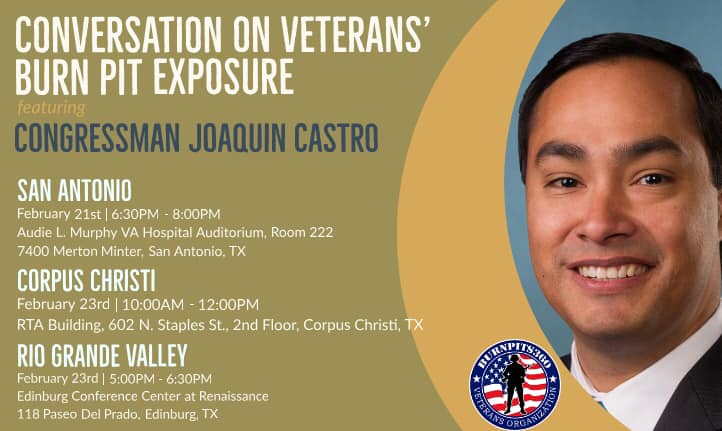 The third meeting is scheduled to be held in Edinburg Saturday evening.

Burn Pits 360 is asking all veterans and their families to attend, in hopes of getting them the medical attention they need.

“This is one way we can get the attention of the American people of congress,” said Burn Pits 360 founder Leroy Torres.  “As time goes we’re losing great veterans, great heroes, because of these invisible wounds.”

Saturday’s meeting begins at 10 a.m. at the RTA building at 602 North Staples Street.

For those who are unable to attend, the meeting will be streamed live on the Burn Pits 360 Facebook page.