Thousands of small plastic pellets, or nurdles, continue to wash up on Texas beaches, including some in our area. Now, a local scientist, who’s been monitoring the problem over the past few months, is getting help from other countries. 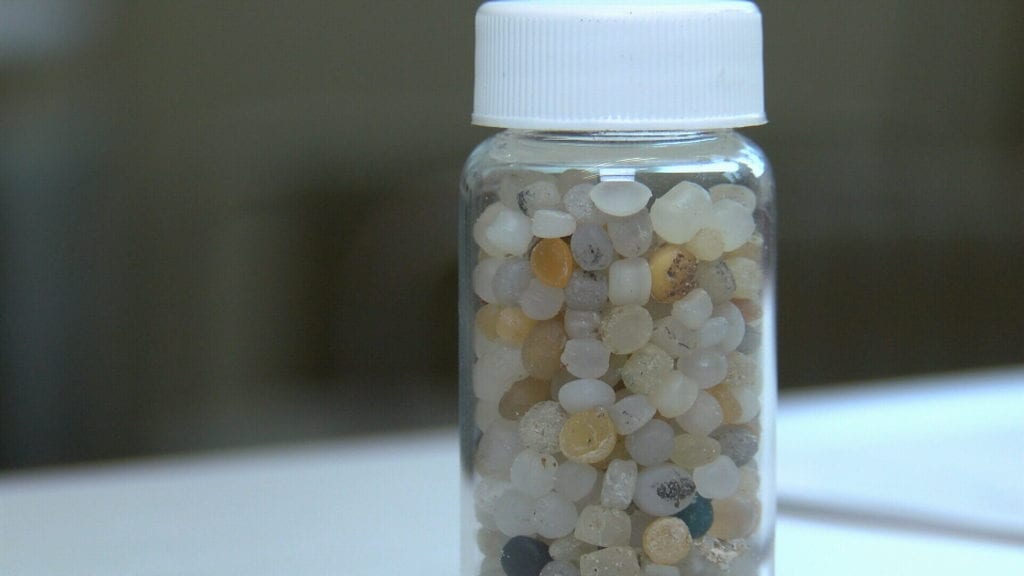 First, what are nurdles? They are very small plastic pellets that are used to make things like water bottles or other plastic products. But when mishandled, they can be dangerous for the environment.

“When animals eat these, they could get stuck in their gut, and they feel like they’re full,” said Jace Tunnell, the director of the Mission Aransas Reserve at the University of Texas Marine Science Institute in Port Aransas. “There’s no nutritious value to them and they end up starving to death.”

Tunnell has been monitoring the issue since November 2018. Since then, more than 100 volunteers from states all along the Gulf of Mexico, and in Mexico and Cuba, have surveyed their area for plastic pellets.

In some areas, “People are picking them up with pull nets, and they’re shoveling them out and putting them in buckets,” said Tunnell.

“When you get to purple, that means there’s over 1,000 nurdles being found in a 10-minute period, which should be alarming,” said Tunnell.

It’s alarming for local fisherman too because nurdles can be easily mistaken for food by animals and fish. Plus, nurdles absorb toxins which can be dangerous for the animals that eat them.

“If they absorb that toxin, oh definitely it’s not good,” said Kathleen Zion, a local fisherman. “Because if you’re eating that fish, then you’re eating it.”

The good news: Since beginning the nurdle patrol, nearly 130,000 nurdles have been picked up by volunteers from beaches along the Gulf.

The Surfrider Foundation, a local nonprofit, is also talking with state representatives about filing legislation in Texas. The legislation is aimed at nurdle manufacturers using the best practices to keep those plastic pellets from getting into nearby bays and oceans.