One man dead and another in critical condition in rollover crash

One man is dead and another is in critical condition following a rollover crash near the JC Elliot landfill.

According to police, the allegedly intoxicated driver drove his truck through a barricade and rolled over multiple times into a culvert on the side of the road.

Based on the distance from the barrier and the wrecked car, police have determined that high speed was a major factor. 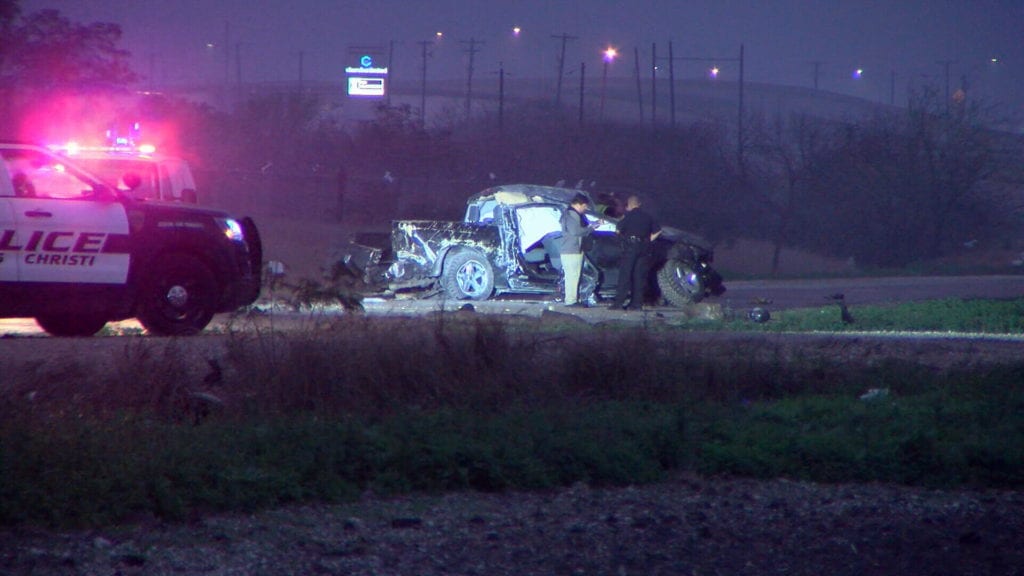 “Obviously from here, you can see it’s about 200 yards of that vehicle to travel after it left the roadway, so speed obviously had a lot to do it.” Lt. Timothy Frazer from the Corpus Christi Police Department commented, “it could be he was confused, there is no lighting out here and it looks like the barricades that were behind me are already down because he went around the barricades and he didn’t go through them. So, I can see where he can be confused but speed had a lot to do with it.”

The driver was arrested after walking several miles to a nearby Whataburger for help. Investigators also added everyone inside the truck lived in the valley and may have been employed at a local refinery.