Norma DeLeon, the veteran CCPD officer who was arrested on charges of impersonating a public servant, appeared in magistrate court this morning.

The judge read DeLeon her rights and set her bond. DeLeon has a $30,000 bond on one count of impersonating a public servant, a felony, and a $1,000 bond for a charge of official oppression, a misdemeanor.

DeLeon told the judge she has hired her own attorney.

A report obtained by KRIS 6 News says that DeLeon “knowingly or intentionally” impersonated a CPS case worker and tried to conduct a welfare check on a child.

The report reads:  “Norma DeLeon, defendant, on or about November 29, 2018, in Nueces County, Texas, then and there intentionally or knowingly impersonate a public servant, namely, a CPS case worker, with the intent to induce (redacted) to submit to the pretended official authority of the defendant.” 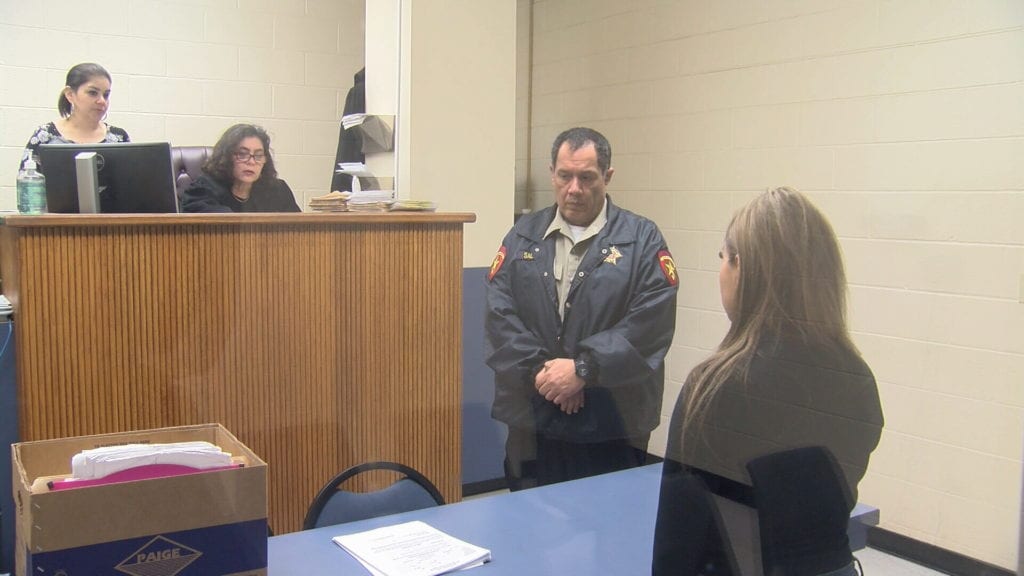 A judge sets Norma DeLeon’s bond in magistrate court.DeLeon was taken into custody Thursday after an investigation revealed that she was allegedly impersonating a public servant.

Investigators say they received information that DeLeon was misrepresenting herself while off-duty. DeLeon was placed on administrative leave pending the outcome of the investigation.

During the investigation, officers with the CCPD Criminal Investigation Division say they uncovered evidence that DeLeon attempted to conduct a welfare check and inappropriately represented herself as a public servant.

DeLeon remains on administrative leave while the investigation continues.