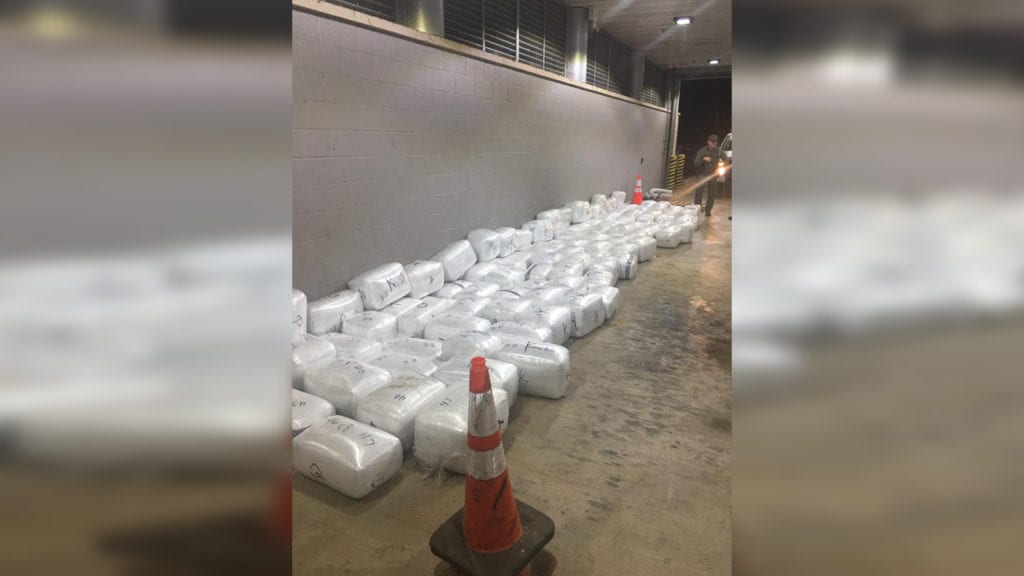 According to U.S. Customs and Border Protection, agents were conducting routine inspections at a checkpoint on Interstate 35 on Sunday night, when a Border Patrol K-9 alerted to a truck pulling a flatbed trailer.

Additional inspection of the truck revealed 116 bundles of marijuana, weighing approximately 2,981 pounds. Border Patrol says the marijuana has an estimated value of more than $2.3 million.

Border Patrol Agents arrested the driver, and he, the truck and the marijuana were turned over to the Drug Enforcement Administration.