Just a few months ago, Kayla Denney was working as an accountant in a Corpus Christi office.

But one day last fall she had a mid-career epiphany.

There had to be more to life than sitting at her desk counting numbers, she thought. 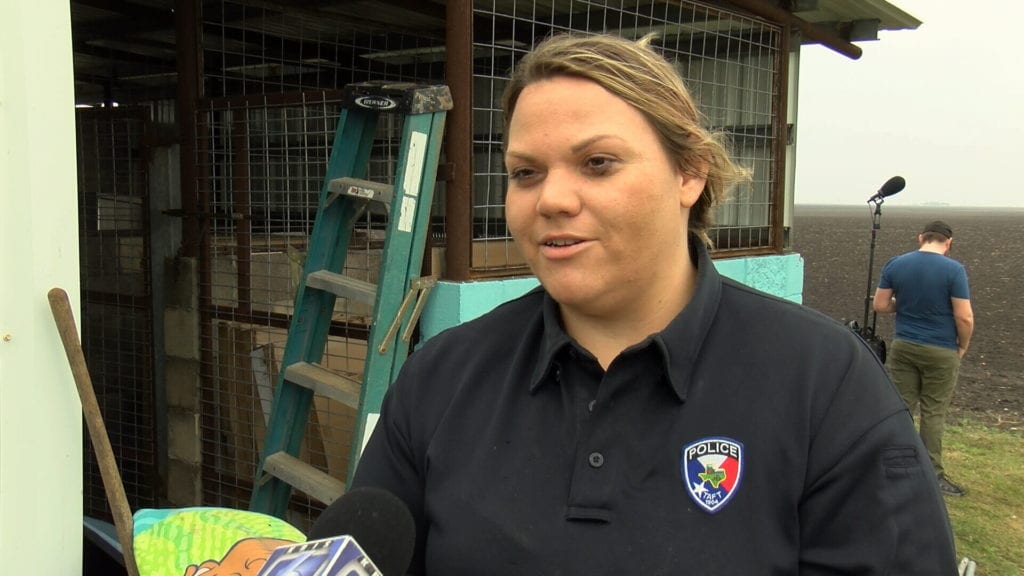 The campaign features a web series that recognizes extraordinary individuals and organizations who dedicate their life to helping animals in their communities. The web series is produced by renowned dog trainer, behaviorist and former Animal Planet star Victoria Stilwell.

It begins when she was hired by the City of Taft on Nov. 2 as the supervisor at Taft Animal Control. In the three months she’s been there, Denney has transformed the facility into a “no-kill” shelter. 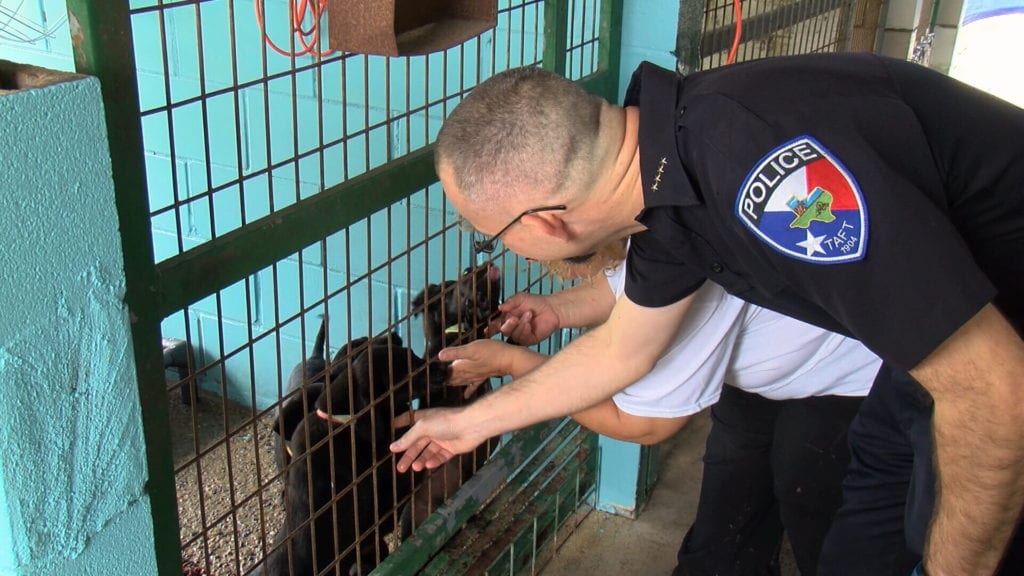 Denney, who drives nearly an hour every morning from her home in Goliad, said it’s been a struggle but rewarding.

Early in her job, she quickly realized she had immediate work to do,

“I just knew it needed help,” she said. “When I walked in the first few days, I didn’t know what was going to happen. I felt hopeless because I just looked around and thought how am I going to do this all alone?”

“Walmart even cut us off from food because we’re not a non-profit,” she said.

The facility then didn’t have a long-term food source. She said she was in tears trying to figure out how to feed a dog population that always seems to grow. 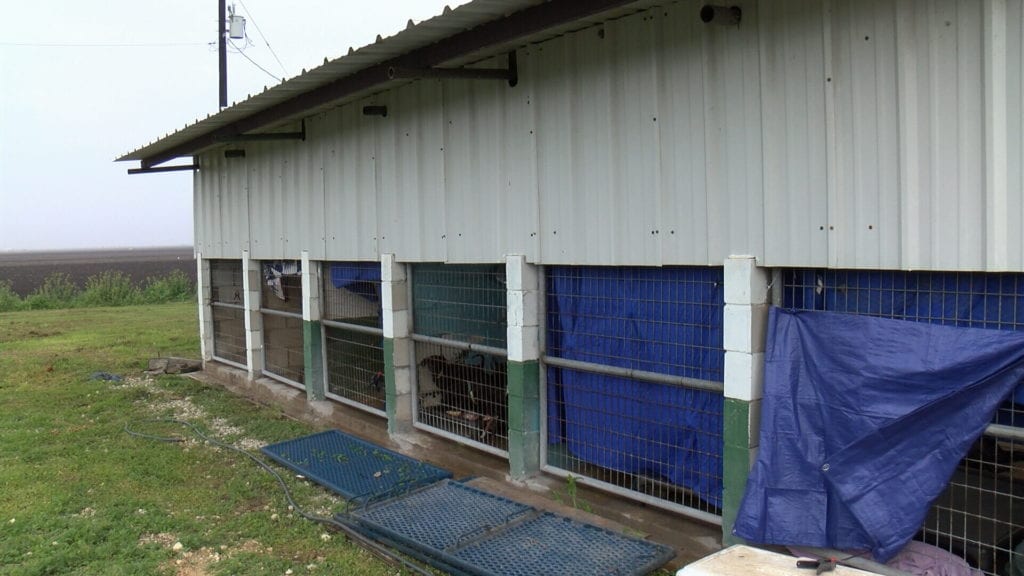 Taft Animal Control Supervisor Kayla Denney said she doesn’t like to keep animals in these kennels because they’re not climate-controlled.That’s when Denney’s friend came to the rescue. She came out to the Taft Animal Control facility and took photos and asked her for a list of donations the shelter needed.

“I didn’t even have bleach. I didn’t have paper towels,” she said. “There was one water hose and it was spraying water everywhere. I was getting soaked every day because it had holes in it. I was spending my own money just to get treats for the dogs and I knew I just couldn’t keep doing that.”

The pictures led to photos of the shelter being shared socially along with a list of items. It prompted responses from around the world.

“From Amsterdam, Germany,” she says, marveling at the reach of the social bounce. “I still keep in contact with all of these people on Facebook. I probably get 50-plus messages a day on Facebook and I keep up with all of them.” 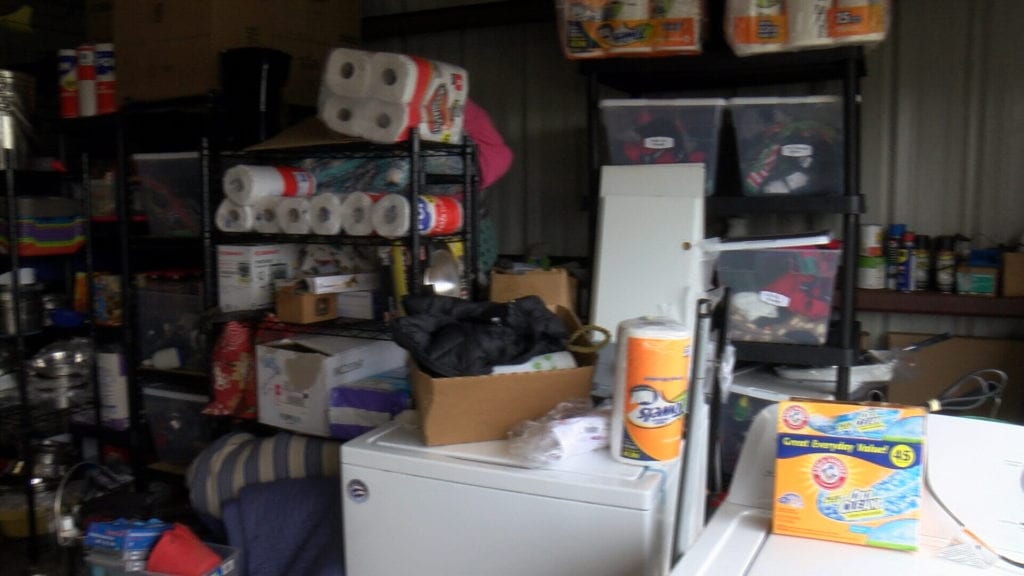 The donations came in handy, especially since the facility will often have up to 20 dogs at a time , including several puppies.

“I try to get the animals out of the shelter and into foster homes because I don’t want them in these kennels,” she said. “While we’re working on them and they’re better, they’re still not great. I don’t think any dog belongs in a kennel.”

She’s also been able to institute what she believes might be her major accomplishment. Since she took the job on Nov. 2, she transformed the Taft facility into a no-kill shelter.

“I haven’t put down one dog or come close to it,” she said.

The social media directives — particularly Facebook and her networking — have helped show what the kennel needs to remain operational.

Because of her efforts, the Petco Foundation named Denney as an “Unsung Hero.”

It led to a memorable scene earlier on Wednesday.

Taft City Manager Denise Hitt told Denney to gather some volunteers for a small breakfast, which she told her would be a “get-together.”

Denney obliged. But when she arrived at the facility, she was greeted by Stilwell, her crew and several animal control volunteers.

She soon learned her facility would be the recipient of a $10,000 check.

“This shelter doesn’t get much attention,” Denney said, reveling in her good fortune. “So, to see all the cameras and to know that this shelter was getting this attention, I didn’t know what to expect.

“It was a nice surprise.”

The Taft Animal Control currently has only six working kennels. Denney plans to use some of the money to add six more working kennels. It would double the amount of dogs she would be able to rescue.

Stillwell said this morning’s event was definitely one of her favorites since starting the awards presentation.

“I was really excited to do this for Kayla because I’ve heard so much about her,” Stillwell said. “I’ve heard of her struggle.

Meanwhile, the Petco Foundation will publish Denney’s story on its “Love in Action” channel in May.

In a few months, Petco will recognize her and four other “Unsung Heroes.”

Their stories will be posted on its website. They will vie to become the 2019 “Unsung Hero” award. The winner will be honored during a Petco Foundation gala in San Diego, Calif., vying for a $25,000 prize for their organization.

Denney’s story is as meaningful as any of them.