Corpus Christi Assistant City Manager Sylvia Carillo-Treviño confirmed on Tuesday that she is no longer a city employee, but neither she, nor City officials, could discuss specifics.

We’ve filed an open records request for a copy of her resignation letter, if it exists.

Carillo-Treviño issued a statement today, saying she still believes in Corpus Christi and hopes residents do, too.  Read that statement, below: 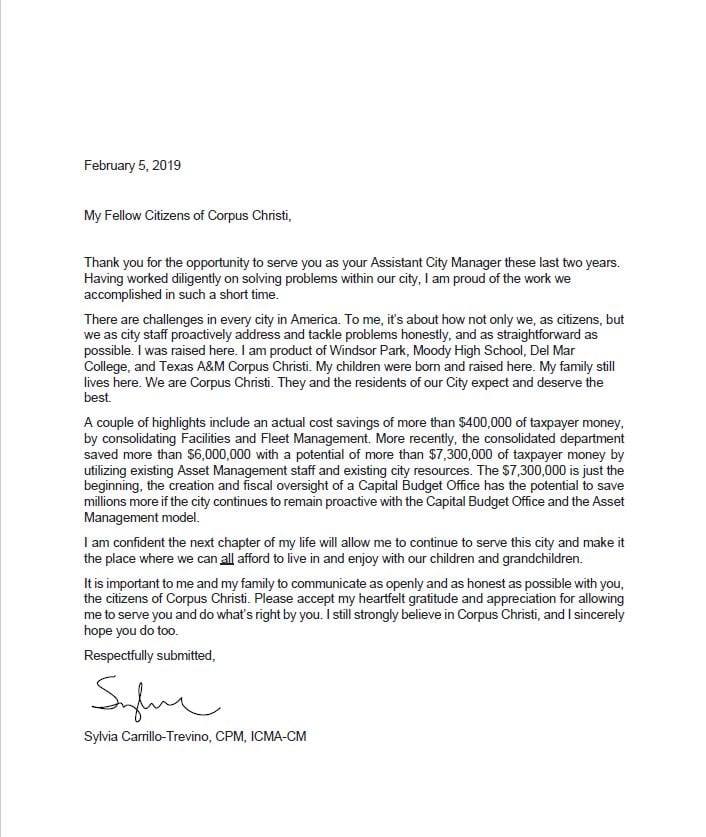