Due to construction of the new Harbor Bridge, this year’s route has changed. This afternoon, the Buccaneer Commission announced this year’s parade will begin at the American Bank Center, travel south on Chaparral to Schatzell Street.

It will then go west on Leopard Street and south of North Staples Street and end at Buford Street. 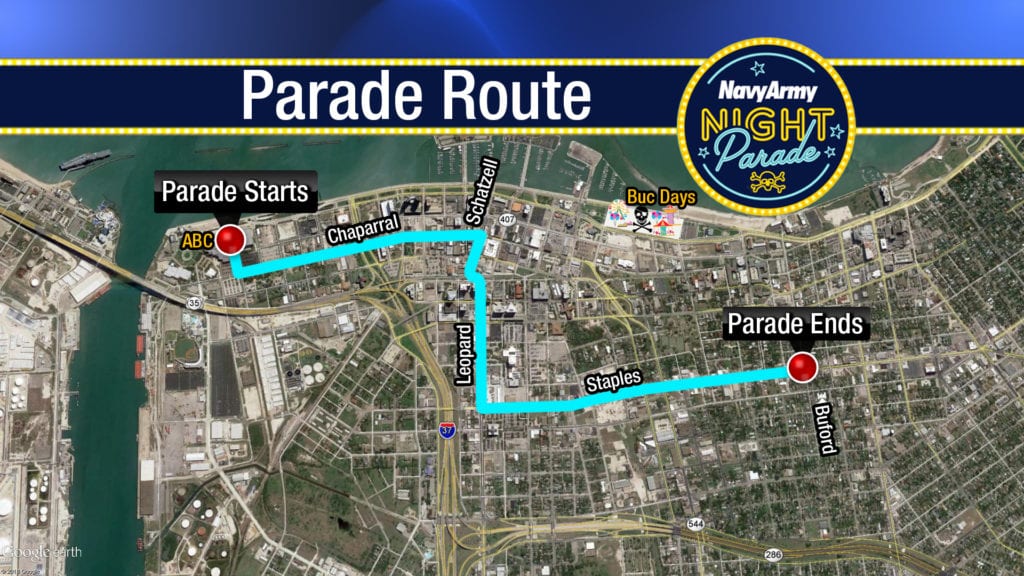 If you plan on watching the parade from Schatzell Street, Leopard or North Staples Street, you may begin to set up your area after 5 p.m. on May 4. You can only use chalk to mark your spot. No paint, duct tape or tape will be allowed.

Also, all markings and trash must be removed by immediately following the parade.

The Buc Days Night Parade has been a tradition since 1938. According to the Buccaneer Commission, the parade annually draws thousands of street spectators.

If you’d like to apply to participate in the Buc Days Navy Army Night Parade or the Buc Days IBC Bank Junior Parade, click here.