Several people rescued a woman after her car rolled over this morning. 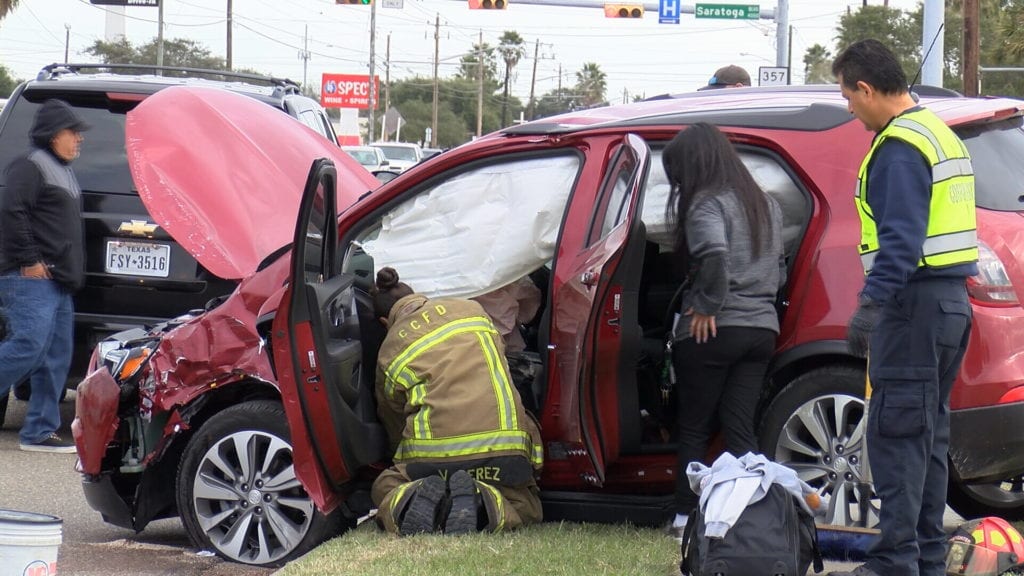 Just before 9 a.m., the woman was in her Buick Encore SUV traveling alongside a Chevrolet Tahoe, northbound on Weber Road toward Saratoga Boulevard when they somehow collided. The impact caused the Buick Encore SUV to roll onto its side.

Several people who saw the crash ran to the SUV, lifted it and pulled the driver out of her car. Luckily, she only had a small cut on her finger.

Meanwhile, police are trying to determine who caused the accident before issuing any tickets.