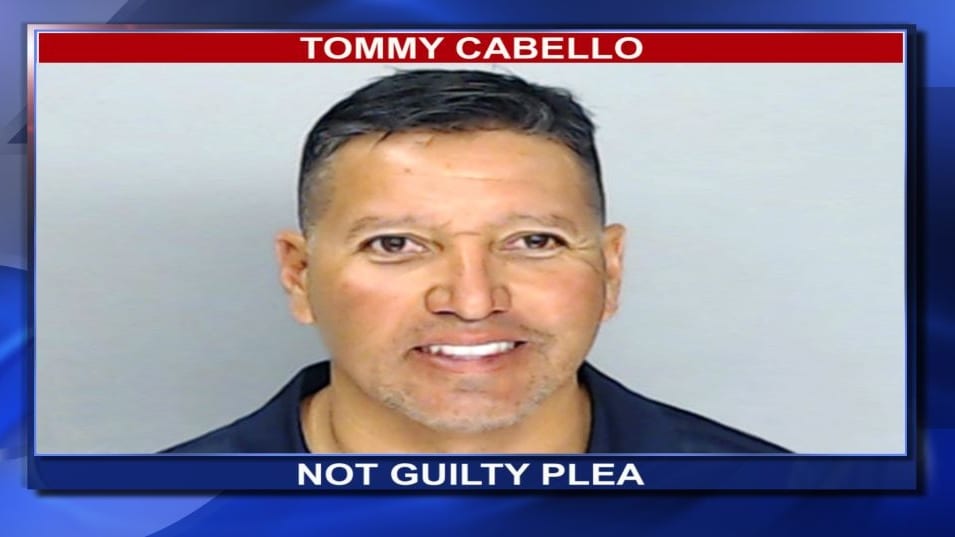 A second prosecutor was sworn in to assist with the case against a Corpus Christi police officer who was arrested for domestic violence.

Cabello was arraigned Monday on three charges which include continuous violence against a family member, tampering with a witness and tampering with evidence.

His trial date was set for the middle of March.

According to an arrest affidavit, Cabello grabbed his wife by the arm during an argument last November and forced her to record a false statement where she said there had been no physical contact.

Cabello pleads not guilty. He still remains on paid leave by the Corpus Christi police department.

Meanwhile,  Gretchen Grigsby, the Director of Government Relations with the Texas Commission on Law Enforcement, released a statement to KRIS 6 News stating Mr. Cabello has been placed on an enforcement hold.

With that, he can continue to work for his current law enforcement agency as long as they continue to employ him.

If Cabello should separate employment from the Corpus Christi police department, he would not be able to go back to work as a peace officer until his case is resolved.