A missing woman who hasn’t been seen since New Year’s Day may be in the Corpus Christi area.

According to the Aware Foundation of Virginia, 28-year-old Kacy Barton was last seen on Jan. 1 in Mena, Arkansas, boarding a Greyhound bus headed for Corpus Christi, but has not been seen or heard from since.

***UPDATED FLYER*** We have updated Kacy Barton's flyer with the most recent photos of her, they were taken within days…

Posted by The AWARE Foundation, Inc. on Tuesday, January 8, 2019

A missing persons report for Barton was filed with the Corpus Christi Police Department on Jan. 6, according to CCPD Senior Officer Travis Pace.

Barton’s cellphone was reportedly found near a bus station in downtown Houston on Jan. 3, but has since been turned off.

Barton is 5 feet 5 inches tall and weighs 127 pounds. She has blonde hair and blue eyes. She was last seen wearing black jogger pants, a white shirt and a blue, zip-up, hooded sweatshirt.

Anyone with information regarding Barton’s whereabouts is asked to contact CCPD at 886-2600. 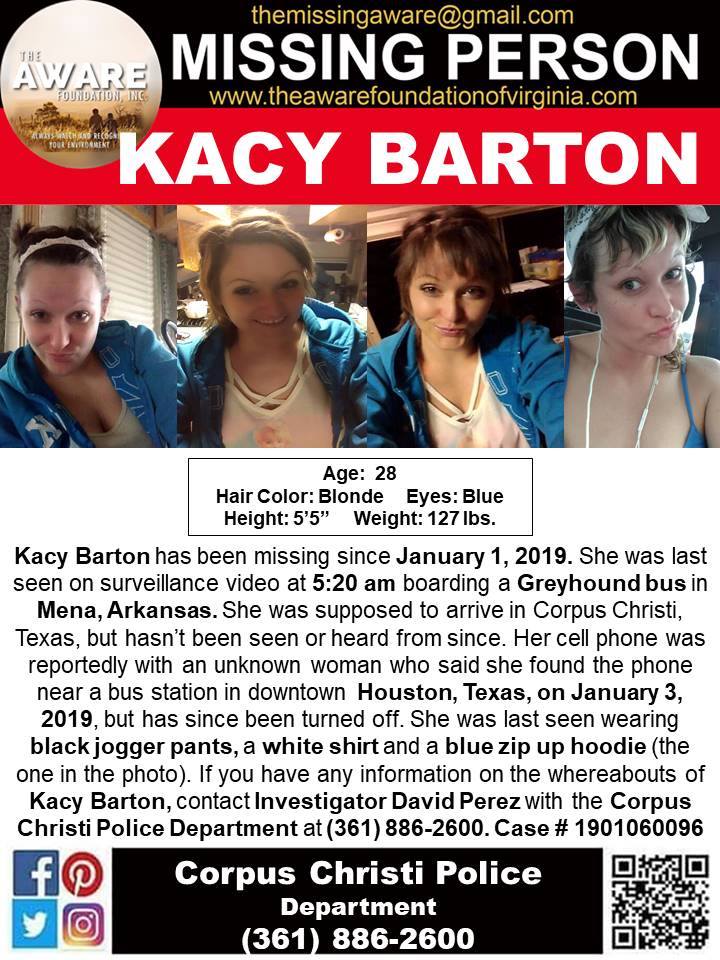