The official wording of the censure read that Gutierrez “failed to act in accordance with the standards of the board of trustees” and displayed “unprofessional and inappropriate actions that interfered with the orderly administration of the district”.

Gutierrez’s censure stems from an incident at a July board meeting, where she allegedly caused a disruption by arguing with another board member.

Before the censure, Gutierrez read a statement in her defense.  She claims she’s being retaliated against for asking questions about certain topics.

“I feel that it’s harassment, and it’s against my First Amendment rights because I do have a right to speak,” said Gutierrez.  “I’m an elected official here at West Oso ISD, I was elected by the members of this community to do my fiduciary duties as a member, to ask questions, to get information.”

One of the topics Gutierrez spoke out about was certifying Corpus Christi C-CAUSE United Teachers and School Employees as a teachers’ organization.  Unlike unions which are non-profit organizations, C-CAUSE is a for-profit limited liability company.

C-CAUSE had its LLC status revoked in 2015 for not filing tax returns but was reinstated in October.

C-CAUSE represents about a third of West Oso ISD teachers, according to the group’s head, Susie Luna-Saldana, who says C-CAUSE is up front about its status when members join.

“Our members know that we’re an LLC,” said Luna-Saldana.  “Our members join us because we’re a choice and we care about them, that’s what happens.”

C-CAUSE was re-certified by the WOISD Board of Trustees, as were the American Federation of Teachers, and the Association of Texas Professional Educators. 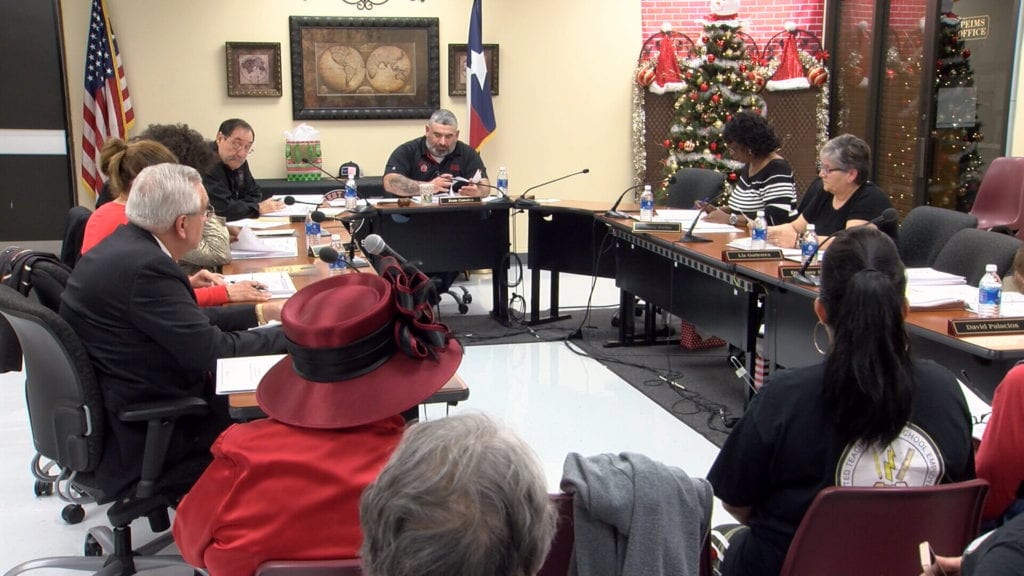