“Thanks for your service”  Veterans hear this every day, but never more so than on their holiday, Veterans day.

This year, the Coastal Bend came out to honor its vets.

“This place here in Corpus Christi and South Texas is second to none for military support,” said Capt. Steve Banta, Executive Director of the USS Lexington Museum.

The area’s support was on display at a number of Veterans Day events around Corpus Christi.

The honors started appropriately at Veteran’s Memorial High School, with a ceremony hosted by the Mayor’s Committee for Veteran’s Affairs.  Vets from every service were honored with a performance by Corpus Christi’s Veterans Band.

“It’s a great honor us being veterans in the Veterans Band, and to be able to perform for so many other veterans and play the ceremonies that honor them and their service,” said Ram Chavez, Musical Director for the Veterans Band.

The band had another gig in the afternoon.  This time the USS Lexington honored vets with a ceremony aboard the Blue Ghost.

The ceremony concluded with Taps and a wreath laying.

“We traditionally will lay a wreath, and it just honors all of the service of the veterans who’ve gone before us, said Banta.”

But this Veteran’s day was mde more significant by the 100th anniversary of the armistice which ended World War I.

“On the particular day it’s important to have everybody come on board to gather and really celebrate the service of so many that sacrificed for us,” said Banta.

Also, the bells at the Coastal Bend Veterans Cemetery rang at 11 a.m. to mark that 100th anniversary of the end of “The War to End All Wars”. 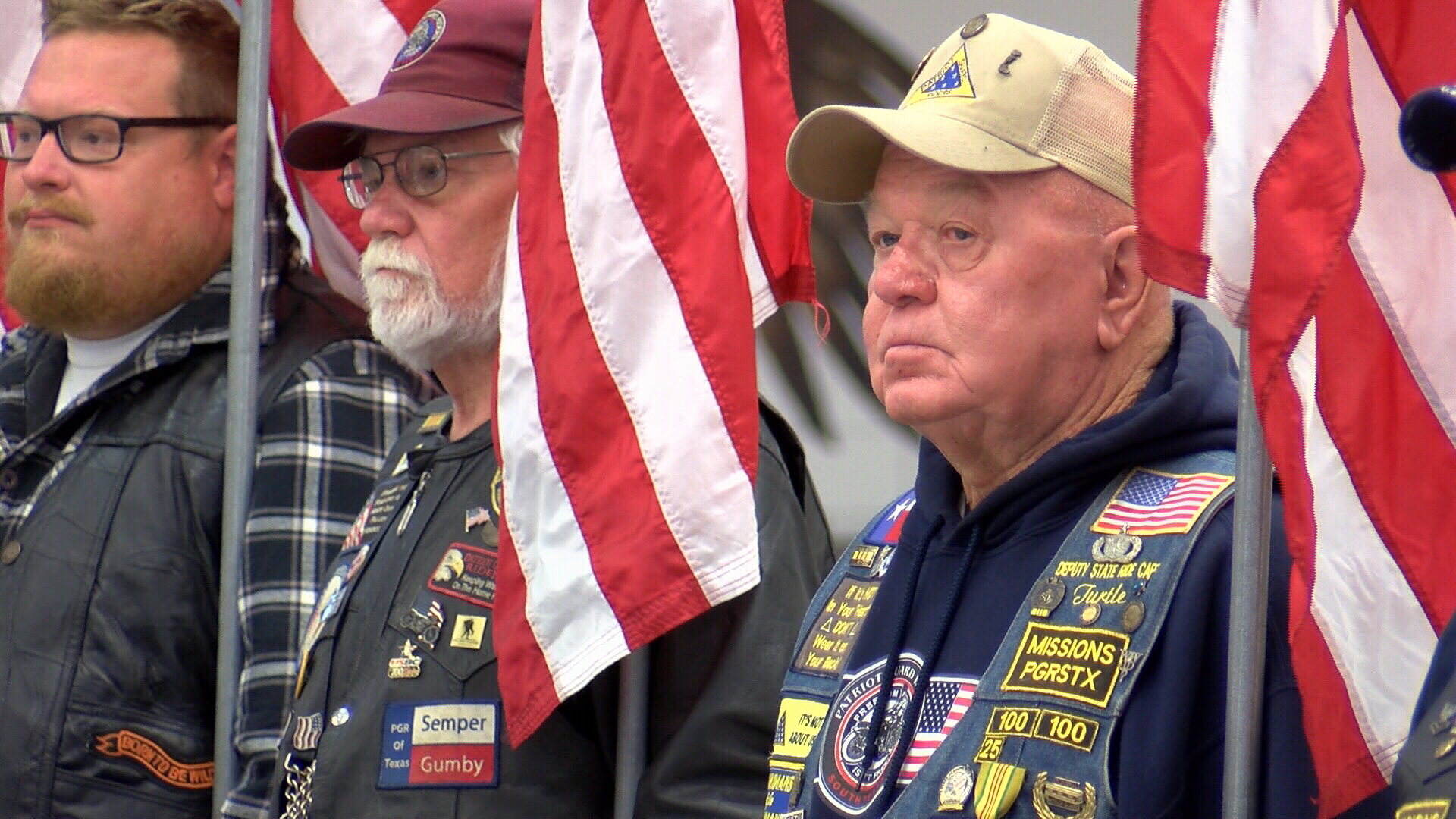