City councilwoman Lucy Rubio’s going away party took a sour turn after someone ruined her cake.

Rubio unexpectedly resigned during this morning’s city council meeting in order to prepare for her new role as justice of the peace.

Rubio will serve as Nueces County Justice of the Peace Precinct 1, Place 3. She won a primary in March 2018 and is unopposed in the Nov. 6 General Election.

Rubio has represented District 3 for nearly four years. A quick going away gathering was held for Rubio after her announcement outside of council chambers.

Moments before the gathering, a witness told police she saw a man cut a piece of Rubio’s cake for himself and smeared Lucy’s name. 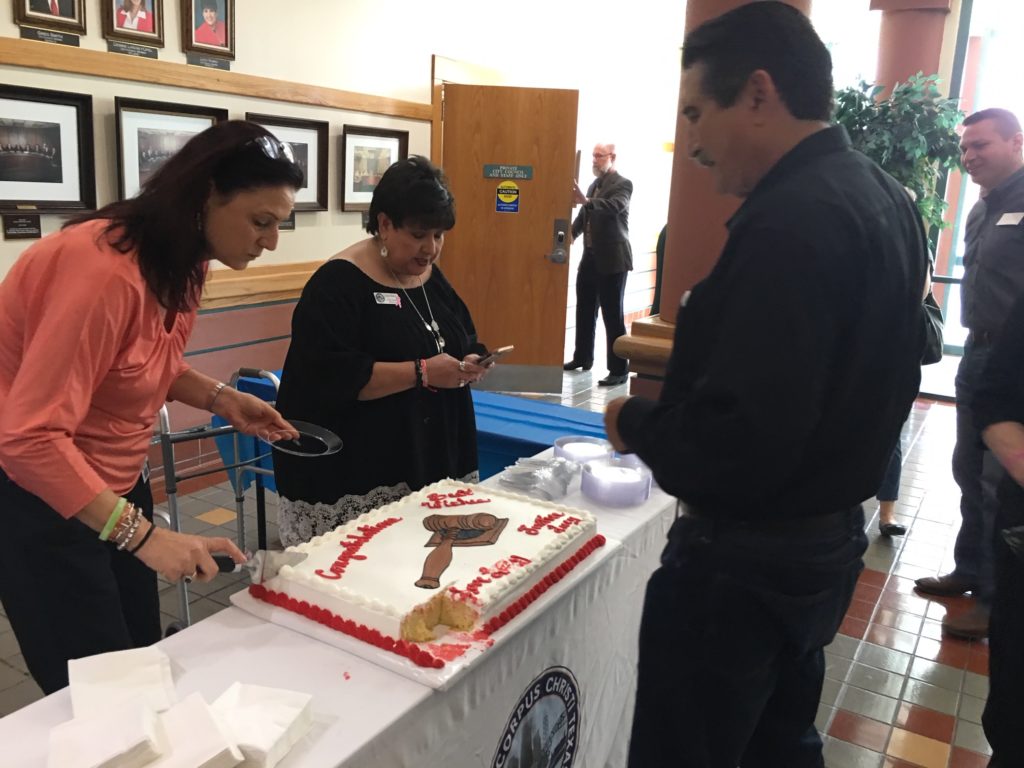 Corpus Christi Police Chief Mike Markle said they are filing a report on the incident.

KRIS 6 News has requested a copy of the surveillance video from city hall, but have not yet received a response.

There’s no word yet on what kind of charges the vandal will face.