Corpus Christi Police are asking for the public’s help in identifying a man suspected of robbing a local bank.

Police say an armed man walked into the ValueBank on the 3700 block of South Staples at 10:19 a.m. Friday and was able to flee with an undisclosed amount of money. There were no injuries reported. 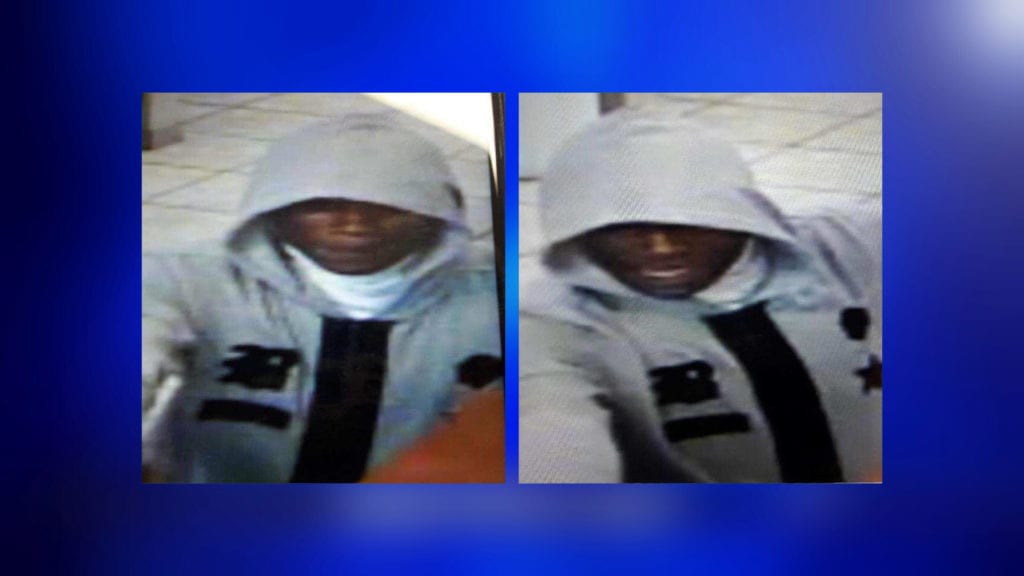 The suspect is described as a black male between 25 and 30 years old with a slim build. He is between 5 feet 3 inches and 5 feet 5 inches tall and was wearing a gray hooded sweatshirt and gray sweatpants.

Police say the man fled on foot and was last seen running west. Police are trying to confirm an identity of the perpetrator by the video and utilized dogs as they searched the area. They also did a door-to-door search of the immediate area immediately after the robbery.

Anyone with any information regarding this suspected bank robber is asked to call CCPD at 886-2600, Crime Stoppers at 888-TIPS (8477) or submit information online at http://www.cctexas.com/crimestoppers.