A University of Texas law professor who has never run for elective office was in Corpus Christi this morning in his campaign to become the next Texas Attorney General. 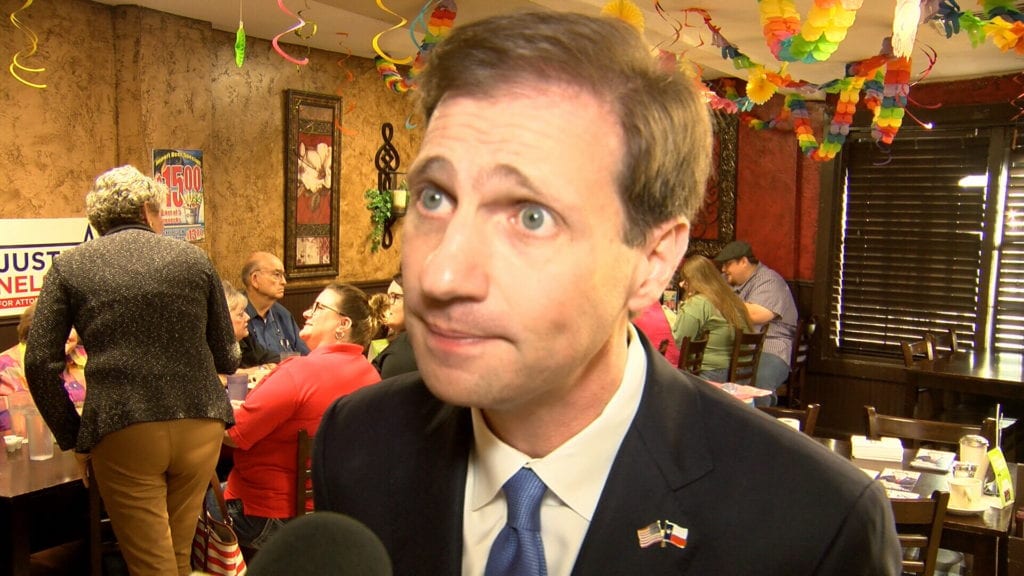 Justin Nelson is a law professor at the University of Texas.Nelson said he intends to represent every single Texan regardless of who you are.

“I’ve been honored as one of the best lawyers in the state,” Nelson said. “I intend to take that fight to represent every single Texan regardless of who you are.”

Restoring integrity to the Attorney General’s office is central in his campaign.

“My opponent, Ken Paxton, is indicted for fraud, for defrauding his clients, his friends and his fellow Republican lawmakers. I think that’s wrong,” Nelson said. “Nobody is above the law and that we should have a Texas Attorney General who enforces the law opposed as to one who breaks it.”

His grandparents owned Delta Restaurant Supply store for 60 years on Staples Street just down the street from Taqueria Garibaldi.