San Antonio Police are asking for the public’s help in finding and elderly man who has not been seen since Monday. 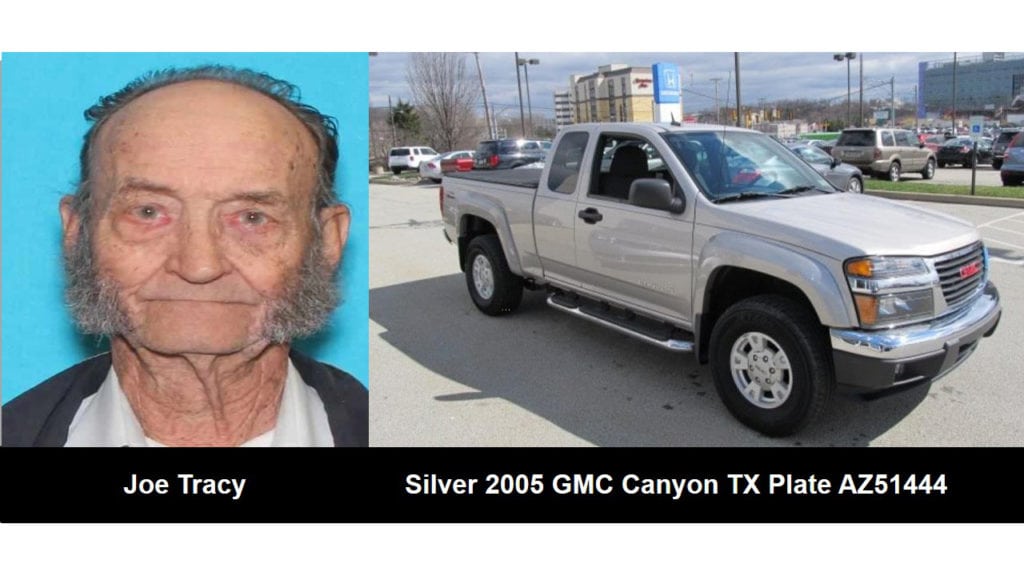 Police say Tracy has been diagnosed with a cognitive impairment, and his disappearance poses a credible threat to his health and safety.

Tracy is described as a white male, 6 feet 1 inch tall, weighing 150 pounds. He has brown hair and brown eyes and was last seen wearing a pullover v-neck shirt and blue jeans.

Anyone with information regarding Tracy’s whereabouts is asked to call the San Antonio Police Department at 210 207 7660.